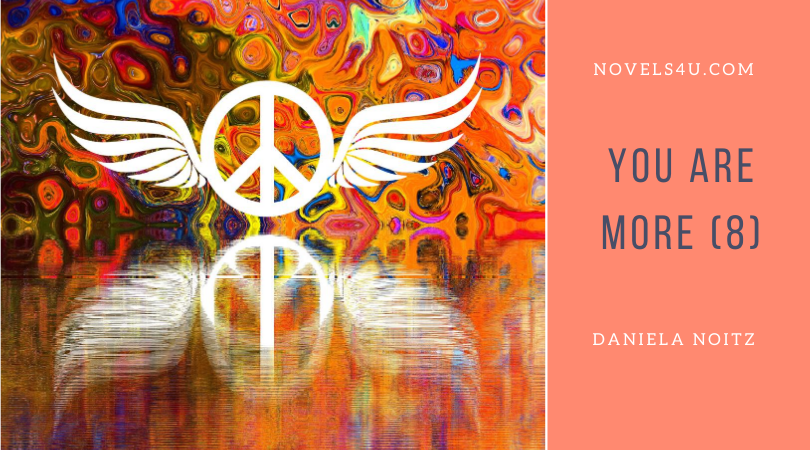 Yvonne was aware that this company would have consequences. The authorities would not accept it so easily that the world was suddenly colorful and inviting, designed according to the individual ideas of the people.
„It’s like reclaiming public space,“ she said suddenly, causing Mark to look up and around. More and more people joined in and took part. Children frolicked in between. They heard laughing and chatting, relaxed and aimless. Therefore, it is far from pointless.

“Imagine if people would again have a reason to say goodbye to their Biedermeier seclusion in their four walls, simply to meet each other,” Mark continued her thoughts, “Rush place to place, do what they have to do and then hide at home. They go to shopping malls, stroll from display to display, but they don’t see each other. And that’s why they really can’t help but consume.“
“Exactly”, Yvonne agreed, “But what if the people who have never met, as they do here, suddenly realize that no social platform even comes close to what they are experiencing here . Somebody paints something and inspires someone else to draw their own. Someone writes a message and others read it, whereupon they talk about it. They smile at each other because they exchange ideas and generate new ideas. Having become clairaudient, they begin to see the other person, to perceive them consciously. „
“And if you stroll along here tomorrow, you will meet someone you only got to know today. They stop and talk to each other. Others join. You are no longer in a hurry,” Mark continued with this idea, “And because people are meeting more and more often, small shops are emerging, alternatively, unusual, lively, with these colorful awnings. They buy what they need from these small dealers and don’t need shopping centers or large chains where you only get the same thing. The individual counts because one is allowed to. In between there are small street cafes and seating. Stairs are frequented. The banker then talks to the punk or the doctor to the pensioner, without fear of contact or suspicion, because they learn to perceive each other as human beings, regardless of what they are wearing or what they are working on. The public space equalizes and brings people together again. „
„And maybe someday someone will bring a guitar and they’ll sing, together,“ added Yvonne, „in between there is dancing. Children romp and play. Maybe someone is reciting a poem just because it comes to mind. It gets attention. You feel gifted, enriched. „
“You can help each other,” said Mark, “you see the old woman struggling with her shopping and taking the burden off her. You see the little boy who is deeply saddened because he got a bad grade and also cheers him up. Where you would have said before, ‚It’s none of my business‘ or ‚It’s not my problem‘, you become open to the needs and needs of others. We are there for each other.” At that moment the first raindrops fell from the sky. Within a few minutes it turned into a real downpour, so that everyone sought protection.
„What a shame,“ said Mark, watching the works of art slowly dissolve and be washed away by the water.
„Perhaps it would have been nice if it had lasted a little longer“, Yvonne agreed, „But on the other hand we can come back tomorrow and create something new, new pictures, new encounters and new perspectives.“

After the rain had subsided, the policeman came back accompanied by four colleagues. Mark and Yvonne watched them walk across the square, carefully inspected everything, and the newcomers shook their heads.
„I swear it was there,“ the first policeman said.
“That could be,” replied a colleague, “but that was normal street chalks. The rain washed everything away and hopefully corresponds to your sense of order again.“
“That’s not the point,” said the former, “but if that catches on and more and more people think they could create such a mess. Then order and security would be over.“
„What kind of order and security would that be that could be destroyed by a few street scenes?“ Asked the policewoman.
„That’s just the beginning. You have to nip such anarchist excesses in the bud,” declared the executive officer seriously. As a result, the colleagues shook their heads and left the site of the allegedly anarchist grassroots movement. Maybe he wasn’t so wrong after all. It must be bad to experience that people have joy and fun in life when they are more than work and consumption when they are alive.