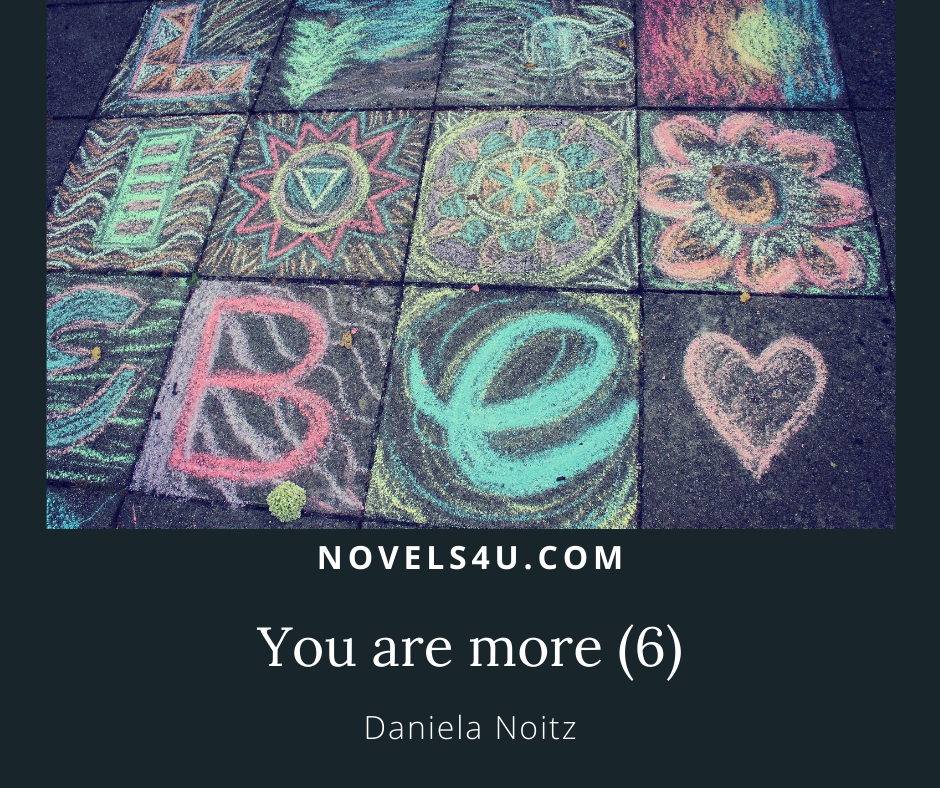 That’s how Yvonne and Mark spent the night, arm in arm. Arrived. Mark was the first to wake up and had to find his way around. Was it really true that this girl was lying next to him, full of trust and without a doubt? He gently stroked her cheek with his hand as if to make sure it wasn’t just a dream. Then Yvonne opened her eyes and smiled at him as if it were the most natural thing in the world. She quickly kissed him on the lips. A shiver ran through his body and he felt this feeling of connection while she was already making plans.
„What do you think of it when we go into town, stroll a little and have breakfast? I know a great place to have the tastiest vegan breakfast in town,” she suggested. Mark hadn’t thought much about his diet until now, but you could try it. Given the agility that Yvonne was showing, he began to doubt that vegans were hardened, malnourished and dogged, as it was always said.

After a long walk they stopped at a nice café and Yvonne ordered breakfast for both of them. With his mouth open, Mark could see Yvonne devouring her food as if she hadn’t eaten in three days. They sat contentedly in the sunshine.
„Have you ever noticed how gray it is in the city?“ asked Yvonne abruptly, „And it seems to me that it rubs off on people, as dreary as they look.“
„A little bit of color would not be bad,“ agreed Mark, „and the few little flowers don’t do much good.“
„Only the Kruwunkula flower can do this,“ Yvonne explained almost solemnly.
„Kruwunkula flower?“ Mark repeated incredulously and let the word roll gently over his tongue. He didn’t know much about botany, he knew that, but if he had ever heard of such a flower, he would have remembered it, as unusual as the name was. Yvonne saw his confusion and smiled mischievously.
„As a child, I was very much alone and so I started to come up with stories,“ she explained, because she no longer wanted to let him grope in the dark, „and one of those stories was about the Kruwunkula flower, which has a colorful, iridescent flower and growing in the rainforest of South America. This flower, with its many petals, naturally has a special ability. The water gathers in her chalice and if you come into contact with it, you will be healed, whether internally or externally. Even the sight is enough to make people happy, conciliatory and understanding. In my story, I moved out to look for this flower. Of course, I traveled with a flying umbrella. „
„Did you find her?“ Mark snapped.
„Of course,“ said Yvonne thoughtfully, „my stories always had a happy ending. I arrived at the flower, took a little of the water with me, and otherwise left it untouched. Because it only shows itself to those who do not want to own her. Because she wants to do good to everyone, equally to everyone. Then of course I still had many adventures with my flying umbrella. And you know what, I’m going to make the world a little more colorful with the Kruwunkula flower.” And before Mark could ask what exactly she meant, she got up and sat on the pavement next to her table and got the street chalks out of her pocket and started painting. Petal after petal grew out of the concrete until an expansive, brightly colored flower actually interrupted the eternal gray. Yvonne examined her work with satisfaction when a shadow suddenly fell over her.
„Listen, you cannot mess the street!“ Came a disgruntled voice above her. Yvonne looked up at the figure, who had positioned herself wide-legged in front of her flower and her and could easily be identified by his uniform as a policeman.
„You can see that I can,“ Yvonne replied reflexively, looking firmly into the official’s eyes.
„This is pollution and I cannot tolerate it,“ he said sullenly, „If everyone did.“
„Then the world would be colorful and people would not be in a bad mood,“ countered Yvonne immediately.
„What does it look like if everyone just smeared around in public places as they like,“ the policeman continued.
„You say it in public space,“ replied Yvonne, „shouldn’t this also be designed by the public?“