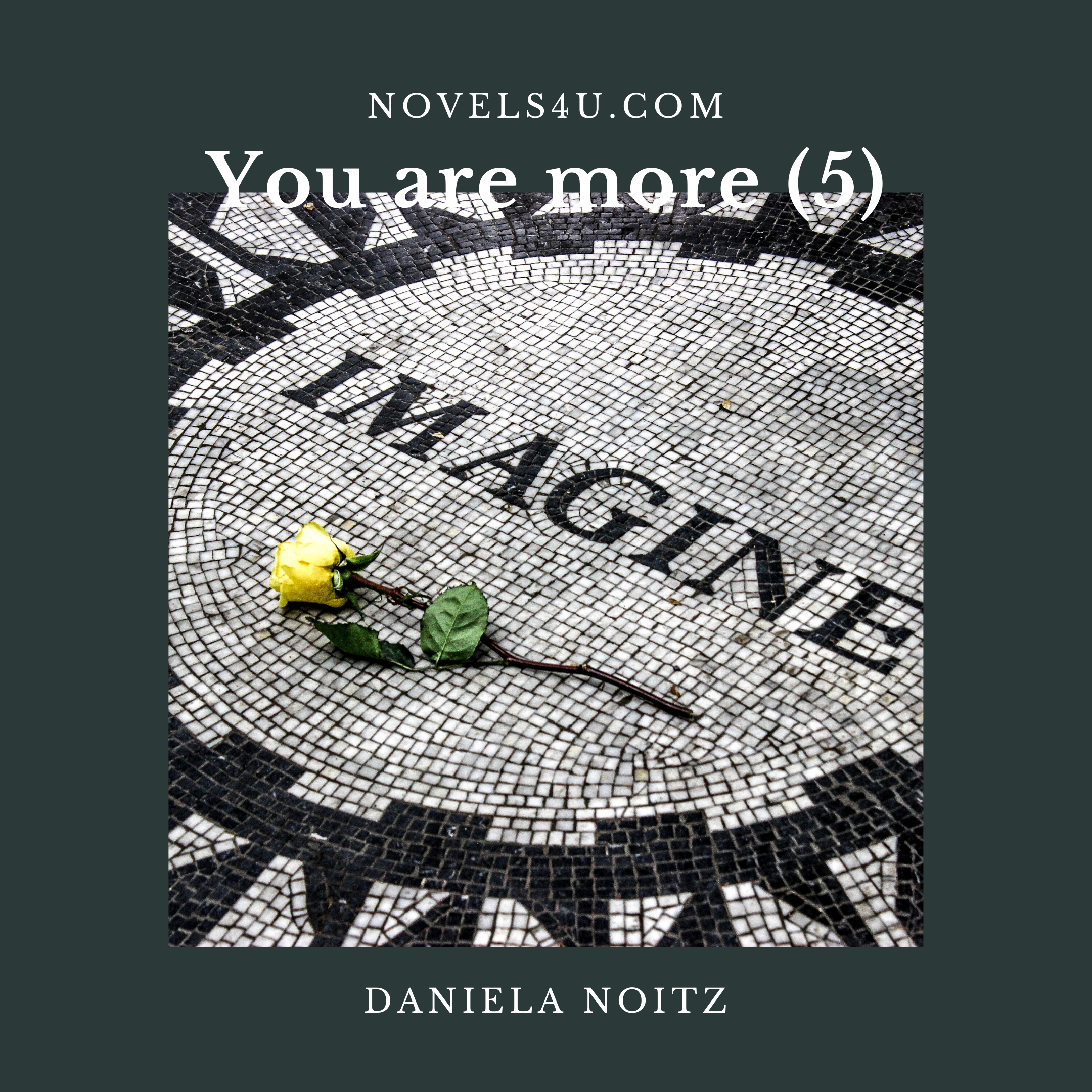 Suddenly Yvonne released herself from Mark’s hug and looked at him.
„What do you think of it when we go back to the booth and I introduce you to the others. You would be a great support for our work, of course only if you want to,” Yvonne suggested.
„Do you think?“ Mark asked and there was resignation in his voice,“ I cannot imagine that the others accept me.“
„And I’m sure of it,“ said Yvonne, convinced to take him by the hand and with him. When they arrived at the LLL booth, Yvonne went to the first activist without letting go of Mark’s hand.
„Stefan, may I introduce Mark to you,“ she said, whereupon the addressed Mark held out his hand.
„Hello. Nice to meet you,” said Stefan, as if it were the most natural thing in the world.

„Mark would like to support us,“ added Yvonne.
„That’s great. We can use any help. Welcome,” said Stefan, and Mark was amazed. This activist hadn’t even flinched when he saw Mark. That had happened to him very rarely. Thereupon he also met Sascha, who came from Russia and had to leave the country for political reasons, Babette, who had fled an Islamic country because of her sexual orientation, and Marianne, who was in a wheelchair. Without exception everyone was happy that he had joined them.
„What can I do?“ asked Mark, whereupon Yvonne gave him a flyer and said succinctly: „Bring them to the people.“ Then she took the microphone to inform the people who came by in this way too. The world seemed changed. Of course, there were still people who turned away, but there were far fewer than Mark was used to, least of all not all. What happened? Had this encounter changed him so much?

„So folks, it’s time to pack up,“ Yvonne explained suddenly. Time had flown by. Mark also eagerly helped. Then they went out to eat together and it felt like he had always been there.
„How come you don’t reject me?“ Mark asked suddenly.
„Firstly, because we know how difficult it is to be different,“ Stefan replied directly, „Each of us has a painful story.“
„It’s just that everything is so new to me,“ Mark admitted frankly.
„Well then I hope you can get used to it, because we don’t judge anyone for his appearance,“ said Babette, „and we can also use a strong man,“ she added with a wink.

Gradually, the activists went home, leaving Yvonne and Mark behind. They left the restaurant hand in hand and stepped out into a warm summer evening.
„What luck that you kidnapped me,“ said Yvonne, smiling.
„I’m sorry,“ Mark said contritely, „I shouldn’t have done that, but I didn’t see any other way.“
„That’s fine. I forgive you,“ she said magnanimously, „but only on one condition.“
„And that would be?“ he asked, ready to do anything to make up for it.
„That you lift me up again. After all, I didn’t really experience that after I passed out,” said Yvonne with a wink.
„Absolutely!“ Mark was pleased and picked it up with ease. He felt her put her arms around his neck and put her head on his shoulder.
„Thank you, I feel safe here,“ he heard her say.
„And where are we going now?“ Mark asked irritated.
„I would say to you,“ said Yvonne. He walked resolutely, carefully guarding his precious cargo. They arrived at his apartment a few minutes later.
„Lay me on the bed and you to me,“ Yvonne asked him. He also fulfilled her wish, „It’s good not to be alone.“
„Yes, very good,“ he agreed, „I think it’s the first time in my life that I’m not alone.“
„And no longer lonely,“ she added.
„Not misunderstood anymore,“ he continued, and then he was silent, because the common ground that they were in shared everything that could be said. And much more.