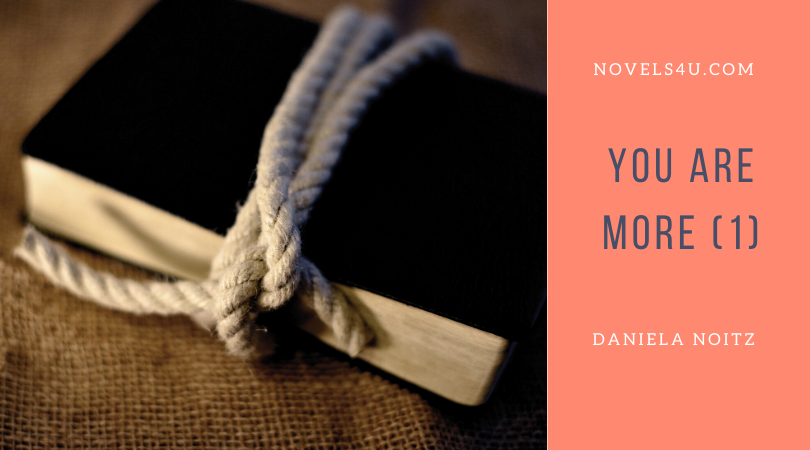 „It is possible to have a world without racism, sexism, speciesism, a world of connection and togetherness“, Yvonne concluded her speech at the LLL information stand, the Life Liberation League. She had spoken for almost an hour, in between patiently and confidently answering questions from passers-by that were not always easy. The body language alone showed that some were very aggressive, but Yvonne always managed to find a conciliatory outcome every time. Many also went to the information stand and signed the petition. Mark had watched it that day as well as several others. The organization had emerged in the city a few weeks ago and has held a rally every week since then. He remembered hearing Yvonne speak for the first time.

Her thoughts were clear and her voice energetic. „This is a woman who could understand me,“ thought Mark sadly. The more he listened to her, the more his conviction grew. She was a woman of courage and fighting spirit who was not easily scared off, her inner strength being in stark contrast to her delicate shape. Mark was standing in a nearby hallway, hiding in the shadows as best he could. Despite the warm temperatures, he had the hood of his sweater pulled up and down over his face. Still, with his height of almost two meters and his squat shape, it was almost impossible to hide. People evaded when they saw him. The deep scars on his face did the rest. As if he could do something for it. Sometimes he’d even seen the people who passed him change sides of the street as a precaution. „I’m a real monster,“ he thought of himself, which wasn’t surprising given his experience, but also his mother, who hadn’t missed an opportunity to show him how stupid, inept, and ugly, was contributed to the fact that he now withdrawn more and more from society, into himself and his world. „I should fight back,“ he thought, but how? How can you tell people that they don’t need to be scared if they run away as soon as they open your mouth. That was why he was glad to have found a job as a night watchman at a large factory, because his appearance was perfect. Attempts to break in had been made several times, but as soon as the crooks caught sight of him, they had ripped off head over heels. After all, his appearance was good for something, but that was no real comfort.

Now Mark could watch Yvonne put the microphone down and turn briefly into a nearby, narrow alley. He had seen her do this often enough. A few minutes away, probably to calm down, gather yourself, regain your strength, and then come back refreshed and thirsty for action. So far, he had only watched it, but this time he followed her. Her slender figure looked a little lost now that she wasn’t talking. Shoulders bent forward, it gave the impression of deep exhaustion. He sneaked after her as quietly as possible. After a few meters she stopped. He could see her shoulders tightening and deliberately just breathing deeply in and out. „This is your opportunity,“ he spurred himself on, „If you want to know whether you’re right or not, whether she really is the woman you think she is, you have to find out now.“ Over and over again his thoughts had gone through his thoughts, but now that it was time to put them into practice, he became uncertain. Of course, things could go wrong. What if he was wrong about her? „There is only one way to find out,“ he said. With that he gathered all his courage, took the last steps towards Yvonne. Just when he got to her, she turned around, saw this bear from a man, gave a short, sharp cry before her senses faded. He caught her just in time. „It was easier than I thought,“ he thought as he hurried away with his precious cargo in his arms.