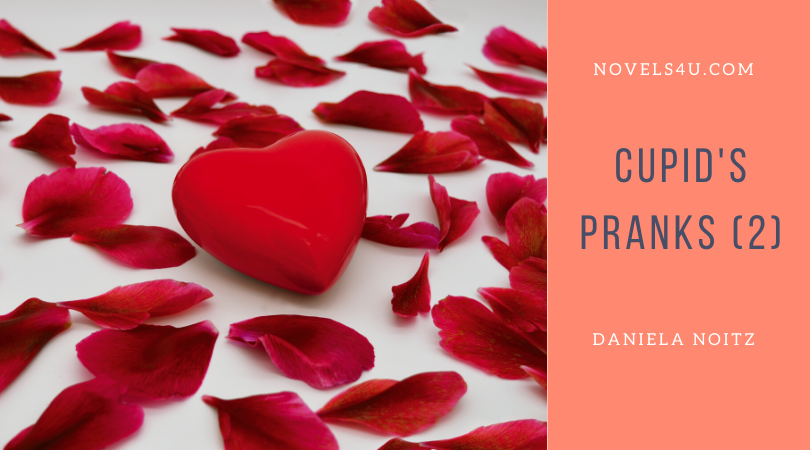 If Christa hadn’t been as shy and frightened, almost like a little rabbit, she would have noticed that Bert treated other women much more rudely, if he paid any attention to them. But she was what she was and almost naughty to call in her naivety. Perhaps that was one of the reasons that she designed toys, sweet, dreamy, primarily pink toys for little girls. Even her appearance matched this job because it was small, narrow, and petite. On the other hand, Bert could have been thought of as a road worker or at least a farmer, rather than a spiritual head man, as tall and broad-shouldered as he was. „A man needs the shoulders to give the girl the opportunity to cry on her or hide from the hardship of the world,“ he used to say matter-of-factly, deliberately leaving out who he meant by girl. Nevertheless, it was crystal clear for Anna, who had not missed Bert’s emotions for Christa, probably also because it was exactly the same that she, Anna, and Bert showed. It was less due to Christa’s carelessness not to notice this kind of emotional state, but more to her own regarding Detlev, who was tall but rather narrow and whose shoulders were neither suitable for tears nor for being away from the world. Nevertheless, Christa was in love with Detlev, to the point, as the saying goes. One indication was that she kept blushing and her eyes fell ashamed or ecstatic – you can’t say that exactly because the downpour prevented a direct view of it – if Detlev only looked at her.

„My parents called me Detlev, with v,“ he used to say, „because the v is an aristocratic letter, whereas the f is fairly vulgar.“ The others accepted what he saw as approval. In truth, they simply didn’t care, especially Christa, who suffered silently and still wanted to be in his company as often as possible. She was one of the girls who would have become a martyr or gone to a monastery in centuries past, and in the second case would have been consuming the man of her dreams until the end of her life. In any case, Detlev had no idea and accordingly behaved impartially. He was a man of numbers and in good hands as an accountant in the factory where Anna sewed shirts. He was used to calculating everything.
„Numbers don’t lie,“ he said, with that steadfastness that is peculiar to people who stay in one place mentally and do not find it necessary to develop in any way. So, he was convinced that he only needed to court a girl long enough to get her to surrender. The reasoning behind it was as simple as everyone else he did. The girl was like a car. You choose one, pay the down payment and a certain amount each month until you own the car. In the girl you invest attention and gallantry, which can be converted into monetary values, e.g. in the form of an hourly rate and if you have made these payments properly and on time, then the girl must hear you at the end. If the girl doesn’t, then it’s weird. Detlev also explained this to Anna after he had wooed her for many months. Instead of agreeing, however, she stated straightforward that she had no interest in him in that regard. Detlev no longer understood the world, and it all turned out to be completely hopeless to explain to him that the way of taking possession of a car could not be compared to that of a girl. Although these were two different things, he believed that they were things.
„That means materialism and more complete,“ Anna summarized and was pleased when Bert confirmed it to her. She was very proud that she understood something so complicated. Detlev, however, did not appreciate it. Materialism, idealism, he was offended that his calculation had not worked out, which otherwise never happened to him, pouted for a while before reappearing one day as if nothing had happened. And after the four of them were fortunately not only somehow in love with each other, but primarily friends, nobody took it from him and soon they were exuberant and in good spirits.

Now one naturally wonders how four such different people could have become friends. You have to know that there was something that connected them, and that was their passion for the music and style of the 50s. When Christa presented herself in the sweet petticoat, Detlev, even if he did not distance himself from the aristocratic v, a la James Dean appeared in a leather jacket and nonchalance, Bert Marlon Brando mimed and Anna carried out the wedge pants, the blouse tied cheekily before the navel, then was life full of joy and exhilaration and no one thought of unfortunate, emotional entanglements, which were only due to the moody little Cupid.