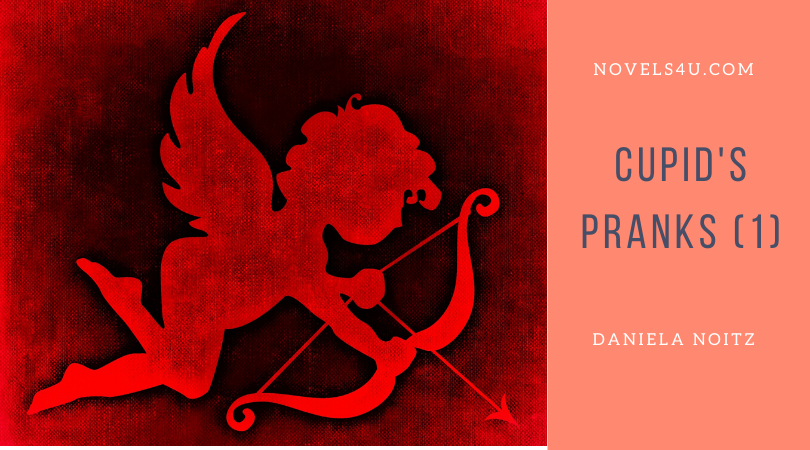 As is well known, Cupid, the small, cheeky god who never grows up, sends his arrows and makes those who meet them violent love frenzy. Now he seems to be dealing with this gift rather uncontrollably. But it can also be that he actually plays tricks on people, which often ends in fatalities. It would be practical if he chose two people, gave them an arrow at the same time and everything would be fine. But this is by no means the case. Not A falls in love with B and B in A, but A falls in love with B, B with C, although C invests the emotions in D and D in turn falls in love with A. Nothing fits together and at first glance it can be assumed that everyone is ultimately unhappy with the cross. Thanks be to Cupid. Let’s make it a little more specific. There were Anna, Berthold, who wanted to be called Bert, Christa and Detlev, written with v, because the f was too vulgar for him. These four cultivated a long-term friendship, so that a certain infatuation, from one side or the other, could hardly be avoided.

So, Anna fell in love with Bert. Anna was a down-to-earth, fun-loving, robust woman who couldn’t be shaken so easily by anything, not even by the storm winds of emotions with which she was confronted one day and had to deal with it accordingly. Now she was well aware that Bert hadn’t fallen in love with her. A few days while she was sewing collars on shirts – she was a seamstress in a factory for exclusive men’s shirts – she thought about it. Then she made a decision and asked Bert to come to her, informing him of the way she felt about him. Admitted without further ado that she knew about the inequality of his emotional state compared to her, shed a few more tears, whereupon she consoled Bert – only as a good friend – and the subject was done for her. Not that she would not sometimes catch up with that little longing for her dreams to come true, but she knew how to keep them to herself, because after all, there were more important things. Like her friendship, which she never wanted to risk. So, she sewed her shirts and was happy that she had an income that seemed safe to her, from her small apartment and the activities together with her friends. In addition, she was committed to workers who in her eyes hadn’t hit it as well as she did and felt that her lives would be full enough.

Bert, on the other hand, a student of philosophy, whose hobby was dialectical materialism, found Anna to be almost a little scary in all her energetic pragmatism, but she also knew about her good nature and zest for life. That made the directness a little softer. When she told him about her thoughts on the global men’s shirt market, he was always amazed at how simple it was to summarize and explain the essentials.
“If I now sew these shirts, that is me and my colleagues, who are then sold for over € 300 and think about what I deserve, there must be a lot left. But if the bosses of the factories where the cheap shirts are sewed earn as much somewhere far away as my boss, then the workers get much, much less. And yet we can buy the shirts cheaply, „she thought aloud,“ but that means that we can only buy the cheap shirts and all the other things so cheaply because the others get so little. „
„That is already dialectical, except for the synthesis, but at least thesis and antithesis are available and after you refer to concrete things and not to mere ideas, it should be called materialistic,“ explained Bert. Anna, on the other hand, who had never heard of dialectics and therefore could not start with the term, guessed from his words that it was a compliment.
„So I’m dialectical and don’t even know anything about it,“ she summarized, looked around and let out her bright, clear laugh, which everyone else agreed to. Bert was the first to fall silent, because he looked sadly at Christa, with whom he was in love, but who in turn did not return his love. So, he contented himself, shyly and reservedly, as he was now as a subtle, art and thoughtful person, to cover her up and write the most beautiful love stories that had ever been put down on paper, as he felt. No one else could, because he buried them in the deepest depths of his soul or in the far corner of his sock drawer. Christa’s knowledge of his feelings remained hidden from her so that she simply thought he was very gallant and like that to all women.