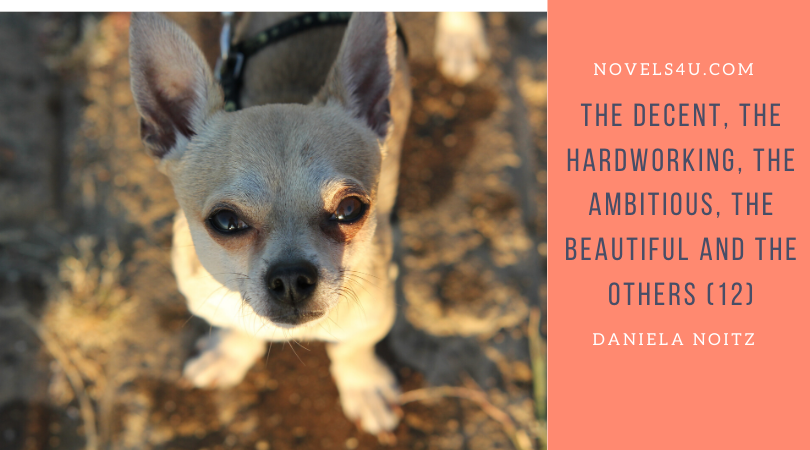 „Do you know what?“, Dr. Beautiful finally broke the silence, whereupon his hosts looked at him in confusion, „You now have two options, to sit here and blow tribulation or to think about your basic ethical orientation. And if you think that you want to change it, you can go over to these alternatives and get the order back or, if everything fits for you as it is, look for customers who don’t want anything else but all make a lot of money quickly, regardless of anyone.“
„The right person is talking,“ finally found Mr. Ambitious his language again, „Don’t you live from the misfortune of others, from this delusion of having to look ever more beautiful and younger, so that this thought dominates all of life? Isn’t it you who condemns your own wife to be perfection in person, at least externally and who probably doesn’t care what she looks like? You have to ramble about basic ethical orientation.“

„You are absolutely right,“ said Mr. Dr. Beautiful stretched nicely after seeing Mr. Ambitious long and scrutinized, „But are we not all to a certain extent victim of our ideas, which we have come up with at some point because we believed that they were correct. And so, did I. But that does not have to stop us from changing our basic direction again if we find that it is not right after all. Or we think that it should be the same for you, the way we do it, and we will continue as before. It is up to ourselves. „
„Actually, there has been such an emptiness in my life for a long time,“ Mrs. Ambitious admitted frankly, „No matter how much we earned, how much I bought, it did not go away. It is as if I was just trying to build bridges to overcome these chasms from emptiness, but the chasms became wider and the bridges more and more shaky. I will soon plunge in and go under. ”
„But you never told me about that,“ exclaimed Mr. Ambitious involuntarily, „I thought you were happy the way it was.“
„And I thought you were happy, so I thought there was something wrong with me. Who likes to admit that,” said Mrs. Ambitious.
„It is unbelievable how long you can live under one roof and share the bed with each other without knowing anything about the other,“ Mr. Dr. Beautiful interrupted.
„Because we think we know what the other is thinking and feeling,“ tried to explain Mrs. Ambitious, „and we are convinced that this opinion is correct because we know the other person or at least believe it. This opinion then determines our actions. „
„It would be so easy,“ summed up Mr. Ambitious, „You could talk to each other as normal.“
“You could,” said Mrs. Ambitious, “but you don’t think it is necessary, precisely because you are convinced that it is what you think and cannot be imagined otherwise. That grinds in then. It’s hard to change anything about it.”
„But not impossible!“ said Mr. Ambitious energetic, who was willing to live up to his name again, turned to his wife and took her hands in his, “Amanda, what do you think, let’s listen to the ideas of these quirky people and let us know who they think.“
„Why not, Waldemar,“ she explained with a smile, „In the end we might think that we were actually the cranky ones and not them.“ Then she turned to Mr. Dr. Beautiful, „What is it? Are you coming and talking to your wife?”
„Yes, I will,“ said Mr. Dr. Determined.