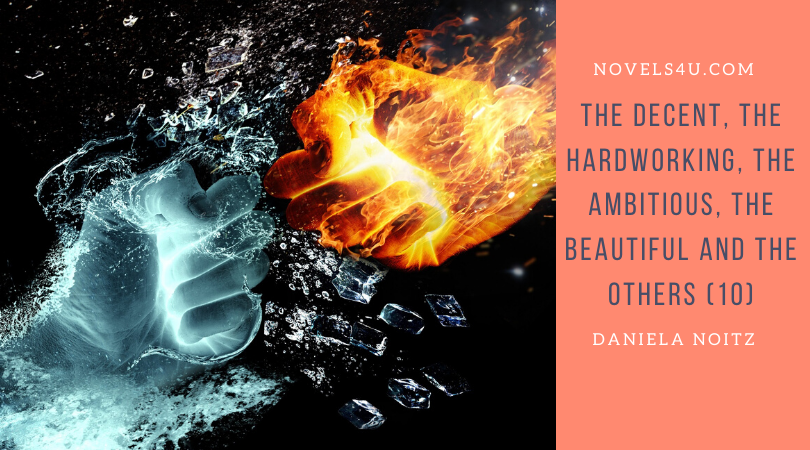 Lisa meanwhile had Mr. Dr. Decent taken with her into the garden, where everyone was talking animatedly, while the children played with Jimmy, the little chihuahua who seemed to enjoy the change. „What did I keep from my dog,“ thought Lucinda Beautiful, who watched the goings-on before turning to Lisa. The appearance of the new guest was received with surprise by everyone. Only Lisa herself seemed to think it was a coincidence now that they needed legal advice.
„Lucinda, tell me what’s in your marriage contract,“ said Lisa briefly, „I cannot imagine that it is right and if it is right, then something is wrong with the right.“
„What a wonderfully naive idea of jurisprudence,“ said Mr. Dr. Decent shaking his head, „But now tell me,“ he said to Lucinda Beautiful, who didn’t have to be asked for long.

„Well, I think that it actually violates good morals,“ he said, considering and with the refined reluctance to always show the lawyers because they never want to commit themselves, and probably cannot either. But they didn’t get any further, because the doorbell rang again and it was watched intently as Lisa left the room and came back with two unknown people who were carrying a box that could be assumed to be heavy because the man and the women who were carrying them hunched over a little.
„Good afternoon!“, said the unknown man after they put the box down, „My name is Philip Brügge and this is my wife Marie-Luise. We have experienced from Mr. Ambitious that vegans live here. „
„That’s right, we try to live vegan as much as possible,“ said Lisa.
„Excellent!“, Marie-Luise Brügge said, „We are about to launch vegan grill specialties on the market. Ambitious-Solutions should do the PR for us, but as we found out, collaboration is not possible.”
„But now we had a new product in the car that we thought we could try right away,“ continued Philip Brügge, „but there you would not have appreciated it. That’s why we’re here. Would you like to be our product tester?“
„What are the grill specialties from?“, asked Ben.
„The basis is pea protein,“ said Mr. Brügge short.
„Well, let’s start the griller,“ said Ben and immediately followed the words with the deed.
„I will prepare vegetables and salads,“ Lisa said and disappeared into the kitchen, followed by Lucinda Beautiful and Marie-Luise Brügge, determined to help the hostess. Only Mr. Dr. Decent and Mr. Hardworking looked rather skeptical. „What was I getting myself into?“, they might think, but it was too late to back off. So, they waited for things to come with suspicion and curiosity at the same time. Nina and Leo, in turn, also came to the grill, because as much as they had been immersed in the game, they hadn’t missed the fact that there was now something tasty to eat. Only Jimmy continued to examine the garden. It smelled extremely interesting everywhere. Undeterred, the little chihuahua sniffs through a variety of stimulating smells until he discovers a hole in the fence through which he couldn’t slip. Ownership of land, fences and entry bans are of no importance to a small dog. So, without knowing it, he ended up in the Hardworking family’s garden. For her part, Mrs. Hardworking briefly interrupted her work. It felt a little strange that her husband was still not there. „Where did he go?“, she wondered after inspecting the whole house and finally stepping out into the garden. She did not find her husband, but a small, scurrying, furrowed something that was about to dig a hole in the perfectly trimmed lawn when it suddenly howled and held up the left front paw whimpering.
„You’re the doggie of the Beautiful,“ Mrs. Hardworking finally recognized, „she should take better care of you. But now let’s see what happened. And then I’ll take you to your mistress.”, With that, she picked up the little dog, who also put up with the fact that it was easy to be hugged like a baby.