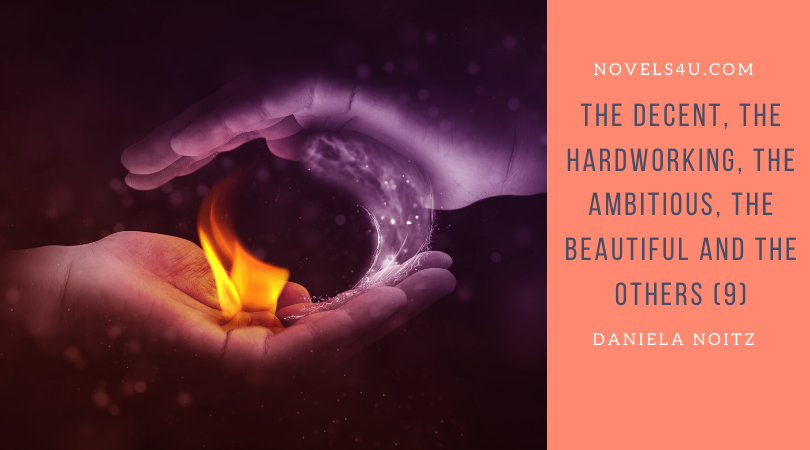 „Hello, Doctor,“ Lisa greeted the lawyer with a beam of joy, which made him even more unsettled. „Who had the idea to be happy when he came to visit?“, he thought sadly to himself. „Exactly we need you now,“ said Lisa, as if it were the most natural thing in the world, especially not to let him speak, took him by the arm and dragged him behind him through the house and into the garden.

In the meantime, another door was opened. Mrs. Ambitious opened for her guests.
„Welcome,“ she said to Mr. and Ms. Brügge, whereas for Mr. Dr. Beautiful no more than a nod left. But customers were more important than neighbors.
„Thank you for the invitation,“ Mrs. Brügge explained as she looked around the house and took on a somewhat puzzled expression.
„We are pleased that you have complied with this,“ said Mrs. Ambitious and it sounded honest, which was due to the years of practice, „If you want to follow me into the garden now. My husband has already finished grilling. Then we want to enjoy it and chat a little afterwards.” The couple willingly followed the hostess. Mr. Dr. Beautiful sniffed the air for a moment, like a terrier picking up a trail and trotting, excited about the coming feast for the palate.

The table on the terrace was lavishly set. Large plates with crispy lettuce and fresh herbs were found. Mr. and Mrs. Brügge to their plates while Mr. Dr. Beutiful to go to the square, but looked rather worried. „Should that be all? Could his nose really have deceived him like that?”, he wondered when Mr. Ambitious placed an optimally grilled Kobe steak on each of the plates in the middle of the salad. Astonished Mr. Brügge aside the fork he had already picked up to enjoy the salad.
„What is it?“, he asked, irritated.
„Finest Kobe Rind“, the landlord explained, so satisfied with himself and the world and with his chest swollen with pride that he did not notice the hint of incomprehension and anger on the expression on his guests‘ faces, because with Kobe Rind you couldn’t go wrong do. On the contrary, when a fat business deal beckoned, the best was just good enough. He would charge them anyway. Mr. Dr. Beautiful did not notice the budding upset, he was too busy digging in the expensive meat as if he was afraid that someone would contest it.
„Mr. Ambitious, did you even take a look at our products that you supposedly want to market for us?”, asked Mr. Brügge.
„Of course, you want to specialize in such vegetable barbecues. It’s probably called vegan,” replied Mr. Ambitious unsuspecting, while his wife backed away a little, because she now knew that she had made a fundamental mistake, even if she didn’t know which it could have been. Her thinking was not enough.
„Is that right, and are you serious about something to eat that lived and was murdered for us?“, added Mr. Brügge.
„Oh what murdered, it would have died anyway, anyway,“ said Mr. Ambitious shrugging, “And the business idea is brilliant. There are supposedly more and more of these madcaps. So, get to the bacon, as I say so nicely. „
„For us, this is not just a business, we want to spread the vegan idea, because only veganism can save our world,“ replied Mr. Brügge, factual, but energetic.
„Yes, we are such spinners too, and we don’t want to get to the bacon, we want to make it easier for people to eat vegan and therefore healthy,“ added Mrs. Brügge.
„Like those over there?”, asked Mr. Ambitious, almost toneless, pointing to Lisa and Ben’s house.
„Oh my husband didn’t mean it that way“, tried Mrs. Ambitious to save the situation, „We just wanted to test how serious you are with this veganism.“ But the couple had already got up.
„We’ll find out for ourselves,“ said Mr. Brügge grim, with which they left the terrace and the house. Hurriedly captured Dr. Beautiful the situation. While the couple still sat as if paralyzed, he grabbed the other two steaks, because no matter whether murdered or not, the meat was not allowed to deteriorate. After all, that wouldn’t let the beef come to life either.