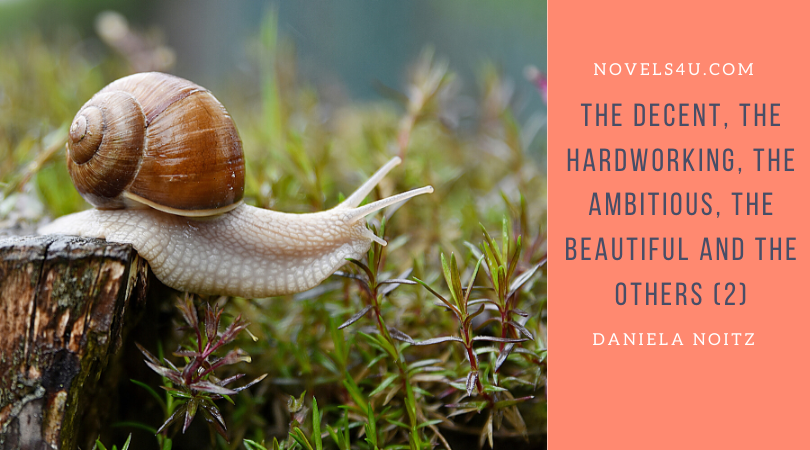 On that sunny day in May, Ms. Wichant received a visit from her family, at least from the part that was still interested in her. With her now 92 years and the obvious intention not to die so soon, she had not necessarily made herself popular with the people with whom they were to combine so-called blood ties. Only her grandniece came to visit her regularly. She stopped by every week because she just felt comfortable with her great aunt. No matter what she did or what she looked like, her aunt Marie always welcomed her warmly. There have been some changes in recent years. First her niece Lisa came alone, then with her partner Ben and finally the two children, Nina and Leo, were not to be missed. They went shopping for the aunt, cooked for them while the children were having fun in the garden. And what a wonderful garden that was, definitely from a child’s perspective. There were bushes to hide under and so many animals to watch. Together they had grown vegetables and were very happy when the time came to harvest them. And the sweet berries straight from the bush still tasted best. Now there was nothing to harvest in May, but that didn’t stop the children from playing. Immediately after eating, they ran out into the garden while the parents tidied up the kitchen and the great aunt took a nap. So, the afternoon passed in serene tranquility. It was just strange that the aunt slept so long.

„I think it’s time to drive,“ said Lisa, when it was already dusk.
„But we still have to say goodbye to Aunt Marie,“ said Nina, who at the age of five already knew exactly what she wanted. Immediately afterwards, she stormed into the house and into Marie’s bedroom while the rest of the family followed her. When they finally all stood by the bed, Lisa first noticed that Nina looked petrified. It was strange. Only then did she discover the reason. Her great aunt lay quietly and peacefully in bed. If you had just glanced at it, you might have assumed she was sleeping, as quiet and peaceful as she was lying there, but it was a little too quiet and peaceful.
„Is Aunt Marie dead?“ Nina finally broke the silence.
„I think so,“ Lisa had to admit, who had never thought of lying to the children, „We will say goodbye.“ And then they did. Lisa was deeply depressed. Nevertheless, she took care of the funeral and everything else that was necessary. The rest of the relatives only showed up to open the will to rush away when she found out that Lisa had inherited everything. After they had rambled about this injustice, they scattered again in all directions. Others came for that. Mrs. Wichant’s neighbors all seemed to have been waiting for the old lady to die and, like the vultures, attacked Lisa as soon as they found out that she was the new owner of the house, but above all of the property that she absolutely had to live in wanting to get their wings, whatever it takes. With the old woman Wichant, who had been so peculiar and strange, they had always bit on granite and had come to terms with it at some point, but this niece with the strange guy she lived with and the two children, who would soon buckle. „Everyone can be bought“, so the conviction. But they didn’t get very far with Lisa either.
„I’m not selling,“ she said calmly each time, as she would do with the children who were entrusted to her in the group of children she led.
„What a snipe!“ Ms. Decently explained, as we want to call her for the sake of simplicity and lived to the right of Lisa’s inherited property with her husband, the lawyer, sniffed, „And I heard that she is not with this guy married. But the main thing is that they have two children. Who knows if they’re from him at all. You know that. There they let one child after the other be attached and if they no longer want the man, they look for someone else who can endure them.“ It does not have to be said that this contradicted all decency, even if they were only speculations, yes you finally knew.