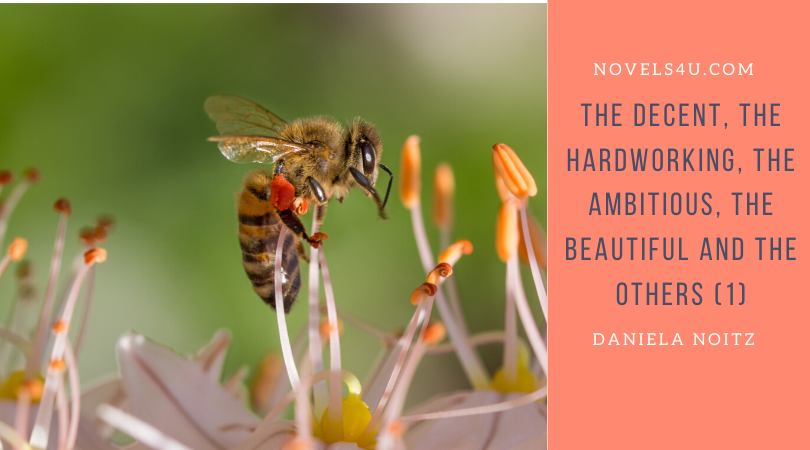 We go to the suburb, where those who can afford it settle. It is a statement that you can be close enough to the city and still have something like nature around you, even if you don’t notice much of it due to the generous construction. Even the large gardens have a lot to do with it, especially with an investment in a hip garden architect, but nothing with nature. It doesn’t really matter which city this noble district belongs to, at least as far as Western Europe or the United States is concerned. It may look different elsewhere, but the basic values are relatively the same in these areas. One is inspired by the Calvinist moral concept in middle-class camp, even if no one would call it that. The only serious difference is that you cannot be met without a bright smile and defy health, happiness and fun. Otherwise, the ideals have internalized to such an extent that one can confidently assume that they will be striven for without questioning whether they are worth striving for. But let’s just take a look at that now.

It is a bright sunny day in May. One large house stands next to the other, framed by large gardens, bordered by walls and reinforced with sophisticated alarm systems, because if you have something, you have to protect it from those who have less and accordingly wanted to take away everything from the former and envy them, as soon as they get the opportunity. After all, everyone wants a lot. Some work it out. Others steal it. Although they steal a lot more, they already have a lot because the possibilities are different. They do not need to overcome fences or paralyze alarm systems, but only use the labor force of people in the third world, buy the land from them completely legally, dig their water, even under the law and let their children starve. „Take the poor and pray to the rich,“ is the creed that is hidden behind beautiful facades. Even in front of yourself, because after all you are a good person and you have worked hard. It is ignored that much of it is possible through the exploitation of others. „It’s your own fault, they don’t have to be exploited,“ is then announced, „Because every person is free and has every opportunity. You just have to use them.” This is especially true for countries where there are hardly any educational opportunities, no adequate health care and no pension, anyway, not to mention unemployment benefits. Nevertheless, there are many people who insist that everyone can achieve anything anywhere if they are hard-working enough. At least in this part of the suburb you indulge in these ideas, which help legitimize yourself and your actions, even the big house and the destroyed nature, which is now well-kept and no longer chaotic. Everything has to be straightforward, symmetrical and uniform. So, a house, a garden is the decal of the other. Sure, it varies in nuances, partly because even here some can afford more than others, so that unspoken social hierarchies emerge all by themselves, but on the whole, everything looks the same. No, stop, not everything, because in the middle of this idyll of prosperity stands a single, small house that looks a bit like a castle. It is old and the paint is peeling off. The garden is overgrown. As the plants remembered, they were allowed to grow. A low wooden fence surrounds the area and so occasionally other bushes or flowers thrive to grow a little in the neighboring garden or, what is worse, to scatter their seeds where it is not at all opportune is. This was remedied immediately, at the latest when the first dandelion raised its head in the militarily short lawn, by building a wall next to the wooden fence. „There’s no talking to the woman,“ said the neighbors angrily, who had repeatedly suggested that she should finally take care of her garden.
„I do,“ replied that woman Wichant gently, as is her way, „I let it grow.“
„But that doesn’t matter,“ she was told, „just neglect.“
„I think the insects and the birds see it differently,“ Ms. Wichant used to say, in order to continue on her way. Confused looks followed her. No, this old woman definitely did not take part in the prescribed, unwritten rules.