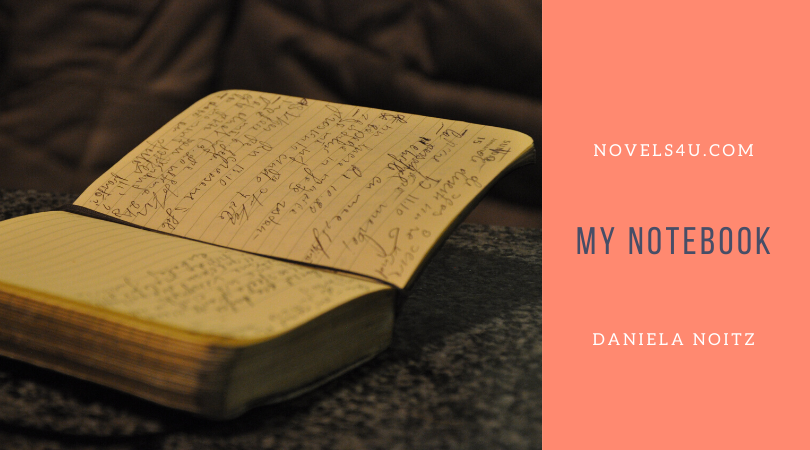 Everything is digital these days, the calendar, the shopping list, the contact list and soon human contact. Then you put the cell phones down and say „Have a chat with each other, do some relationship work“ while you are resting, of … yes, of what. It doesn’t matter here. I definitely went through this for a while and didn’t really feel comfortable with it. That’s why I first bought a calendar, a book made of paper, made from recycled paper with animal-free glue, to be precise, because you can leaf through it so nicely, sometimes back or forth, take notes, comments and secret messages, because similarly, one can clearly not be monitored yet. A little bit of privacy is nice. So, the calendar was also chosen as the diary. But I was missing something. It took me a long time to see what was lacking, but I did. The solution was as simple as it was obvious and therefore the easiest to overlook.

The problem first appeared in bed. I was just half asleep, so this wonderful state between being awake and sleeping, in which the thoughts can flow unlimitedly and unhindered, without interference or censorship, wherever they wanted, they were allowed to, like little birds, who were released and now enjoyed their freedom. If, at many other times, they are locked in conventions and considerations that let them run on well-trodden paths, on which nothing new can come about, as is self-evident, then their curiosity and their mood for experimentation know no bounds here. This brings together thoughts that I would not have considered appropriate in any other situation, so that something completely unexpected comes out, something that may not have been there before, a solution, a story, or just a sentence that is well worth quoting. So, there I lay, curled up in my blanket, with this wonderful thought, which I could not lose any more, and briefly considered straightening up again, turning on the light to note this real flash of inspiration. But I decided against it. With the sentence „By tomorrow you will remember that“ I appeased my skepticism, fell asleep cheerfully and woke up in the same mood to bring back to me that thought. Only he was gone. Not just fragments or parts, but it was completely gone, buried somewhere in the depths of my memory. There was nothing left to be found. As much as I tortured my head. I had failed all along the line. And while I was still sitting in bed and annoyed by my negligence, I decided that something like this should never happen to me again. Next time, I swore to myself, I’d take a pen and, yes, what? What should I have written on please? What medium would I have used to record my thoughts? The pen, yes, was on my bedside table, but nothing else. Even this problem could be solved after a few considerations, it was the notebook as I had it before. That was a constant companion, because you never know when the next attack of a revolutionary idea will happen. It can happen anytime, anywhere. „That was a good idea of yours at the time,“ I had to acknowledge without envy, even though I had to take the detour via digital to get back to the beginning. To my roots, so to speak. So, the next time that such a flash of thought struck me, between waking and sleeping, I sat up, picked up my newly acquired notebook, wrote down the inspiration to return to sleep with great satisfaction. The next morning, just like last time, I searched for my thoughts in my memory, but it was gone the same way. „But this time you wrote it down for yourself,“ I was able to note cheerfully, whereupon I proudly and almost joyfully excited, reached for the notebook, opened it, read that so-called brainstorm and noticed how my initial joy suddenly went out of the way because it might have been a great thought, but I had failed to turn on the light and, if I was lucky, had written in the dark so I couldn’t make out a word. Nevertheless, the first step was done and I would also overcome the small shortcomings. Good thing, I have my notebook.