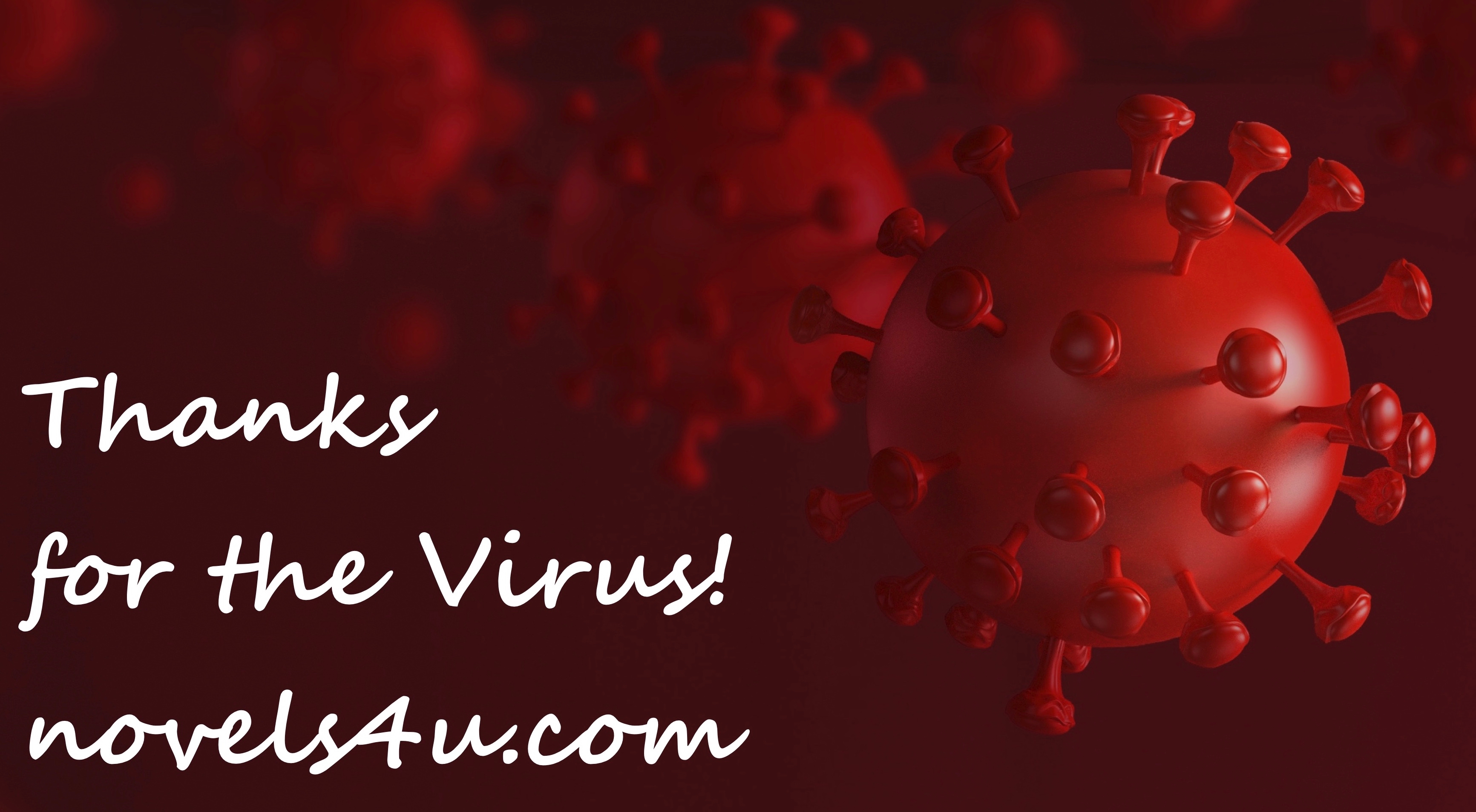 „I think it is high time to say thank you,“ I announced abruptly into the silence of an oncoming day, even though we were sitting alone on the terrace and let the first rays of sun warm us.
“It’s good to say thank you,” you said, “And what exactly for what? For our life, the beautiful spring day or just for me? „
„That would also be good reasons, but I’m happy about it every day, but today I would like to say thank you for something for which I have not yet thanked, in all clarity and unambiguity.“
„What could that be?“, you showed yourself interested.

„I would like to say thank you to all animal torturers and killers, all environmental destroyers and rainforest burners, all water poisoners and soil destroyers, all land robbers and marine polluters, in short for everyone who has brought us this virus, who, through their lifestyle, ensured that E. Coli and HIV, salmonella and bird flu, ebola and swine flu, there are more and more multi-resistant germs that kill more people every year and that children starve in the countries from which we import animal feed,” I replied thoughtfully, “I say Thanks to everyone who ensures that I can sit at home to protect myself from something with which they have covered the world with their selfishness and greed. Because these are the same people who insulted, harassed us, at best laughed when we asked them to open their eyes and see what they do. Now we have the mess and nobody wants to see it yet. No, we are called to solidarity by those who thought that everyone should live as he wants. But this life as you want is now falling on our heads. I have had to sit at home for 28 days because they brought me their virus. Isn’t that a nice reason to say thank you? Those who always told us not to teach them, to proselytize and to put our lifestyle on their eyes are now forcing us to fail. And even if you keep saying it, the only conclusion they draw is that we have to wait for the vaccine now, then everything will be fine. Nothing is good with that, only the symptoms are now being tackled and I am sure that in a half we will be back at home and the last small and medium-sized companies and the self-employed can close, so that only the groups that are stronger from the crisis remain emerge. „
„I understand everything“, you said, „But what should you do? Not everyone can go vegan overnight. Just think of the poor farmers. What would you specifically suggest? „
“My suggestion would be to cut subsidies for meat and transportation, eggs and milk for the poor farmers so that the people who want to live the way they live and we should let them also pay the real price. Then the freed-up subsidies can be used to reward the farmers who leave the machinery of animal exploitation and environmental degradation and switch to sustainable, organic vegan agriculture. Then you could offer cooking courses, from kindergarten to matura, at adult education centers and at mother-child meetings, at party events and in retirement homes, and finally fulfill what we all say that we do anyway, namely organic, sustainable, regional and feed seasonally. Then we would no longer have to lie to our children when they ask us where the food comes from and say with a clear conscience that we have done everything we can to preserve the planet for you as well as possible, so that they and our grandchildren too have a future that we are literally eating away from them right now. „
„And you think this cynicism makes sense?“ you asked.
„In a society in which information is stamped as instructing, of course only in the case of things you don’t want to hear anything about, in which arguments have no value, but only chanted, hollow phrases, it doesn’t matter anyway,“ said I resigned.
„So, you think everything is senseless?“ you wanted to know now.
„You often get the impression and it hurts, but on the other hand, if I really thought that everything was senseless, I would not do anything anymore,“ I said, „Maybe we can still get one or the other, just that time is running out, even faster than I feared, and that’s why I say it loud and clear: thank you for bringing us the virus, this and many others. „