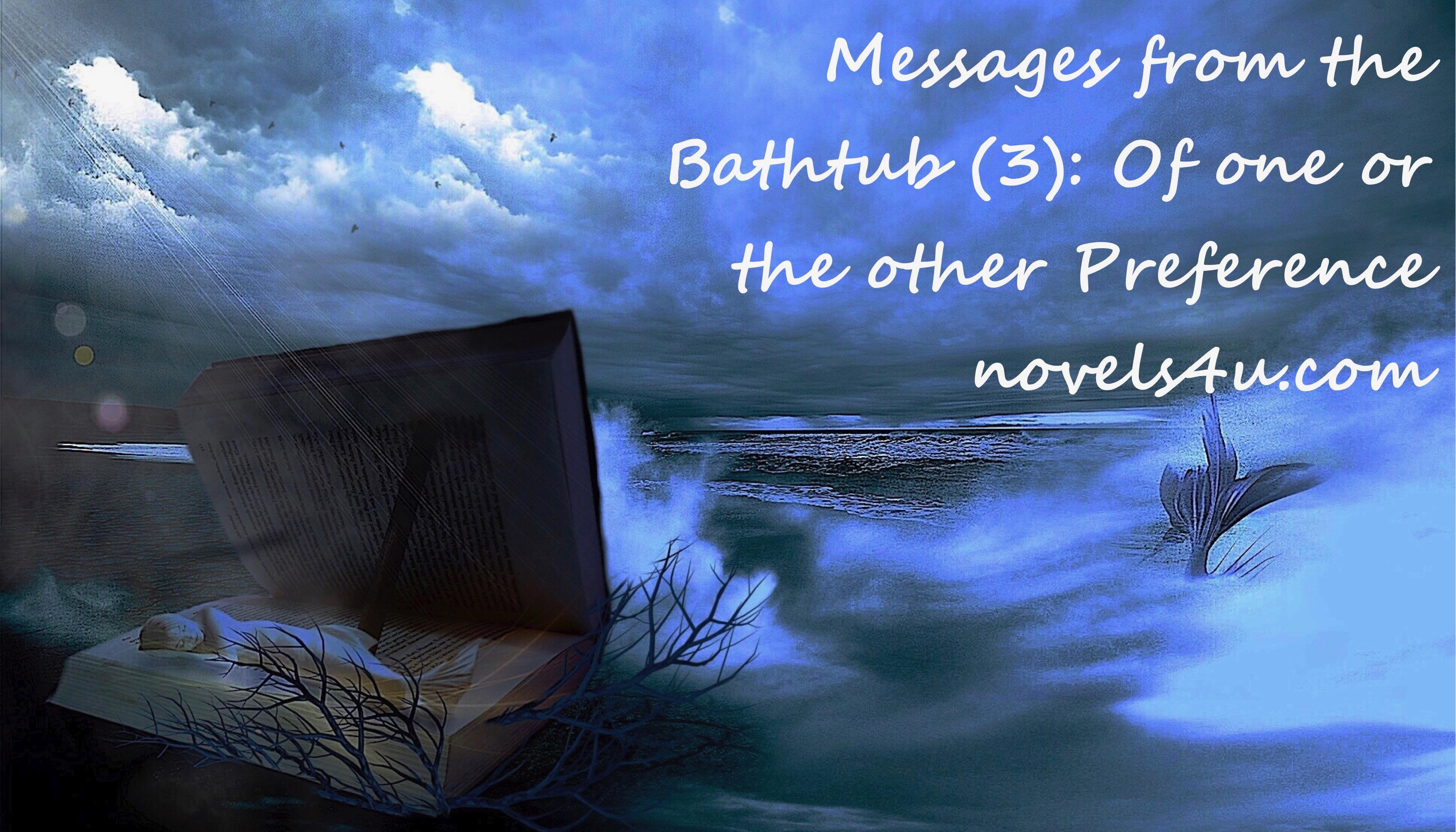 I actually like to read in the bathtub. I actually like to read almost everywhere, as long as it doesn’t endanger life and limb. But especially in the bathtub, at least when I’m not having a migraine. After all, you can’t just sit anywhere, not even in warm water and just do nothing. One or the other book has gotten wet, but if it can’t stand it, it shouldn’t have been a book, at least for me. I am aware that there are people who take care of their books, do not tolerate dog-eared ears, nor that they are laid open with their backs up, not even that they are opened too vigorously, because then there will be grooves , Reading marks, but in my opinion books must have reading marks, underlines and annotations, which I can even read at best, later, when I pick up the book again.

„Did you know that a publishing house came up with the glorious idea of bringing shower books for men to the market a few years ago?“ I asked suddenly.
„No, but why shower books and why for men?“ You replied.
“It has been proven that men both prefer to shower than bathe and read less than women. At least says the statistics. That is why they might have thought at that publisher that if the men take a shower, they could also read. Bathtub books already existed. However, only in the form of picture books for children. The men could have taken them to the shower,” I summarized my speculations.
„But there were clearly the wrong pictures inside,“ you added, „and what happened to it?“
„I think nothing or not much. At least I’ve never heard of it again. The market for such a product was probably rather manageable”, I said and imagined, like a man, can of course also be a woman, who is in the shower and immersed in a novel by Thomas Mann, 750 pages in plastic. Just like in the tram, only wet. I thought sadly of the times when I really read everywhere, like in the bathtub, a few lines on the escalator, in some queues and while driving, as long as I wasn’t driving myself. I was amused to realize that the criticism was the same then and now. „Do you have to look into your book all the time?“ Or „Hey, can’t be careful, always with the book in front of your nose“ or „No, look at it, so anti-social, keep looking at the book.“ Now you need the word just replace the book with a cell phone or smartphone, and it’s exactly the same. I was a pioneer in cultivated avoidance of encounters. And today everyone is copying me. But what really bothered me was that it wasn’t so easy these days to just pick up a book and start reading right away. I thought wistfully of these times because now, I always had to laboriously get out the reading glasses, unpack them and put them on my nose. Until this procedure is over, it is also the reading opportunity. A few years earlier, I had smiled at that, but now it was time for me too. It was not even possible to visit a restaurant without reading glasses or a co-reader, one with better eyes and no reading glasses needed. I clearly showed signs of wear like my books. But with my books I wanted that, yes, it should be recognizable that they were used for the purpose assigned to them, namely to be read. For me, however, it bothered me. It was strange. All the years full of life and experiences, full of worries and joys, all of that should even leave traces. It testifies to vitality, to having lived. There are worry lines, but also smile lines are much more visible. I thought it was good the way it is with all the changes that life brings. Nothing is worse than looking at someone and feeling that they have not lived.
„I like my wrinkles,“ I now turned to you.
„Me too,“ you replied and took me in your arms, „Because I love you just the way you are and don’t want you to look like a decal after everyone else after the 999 beauty treatment, like a mummy, radiant and unattractive .“