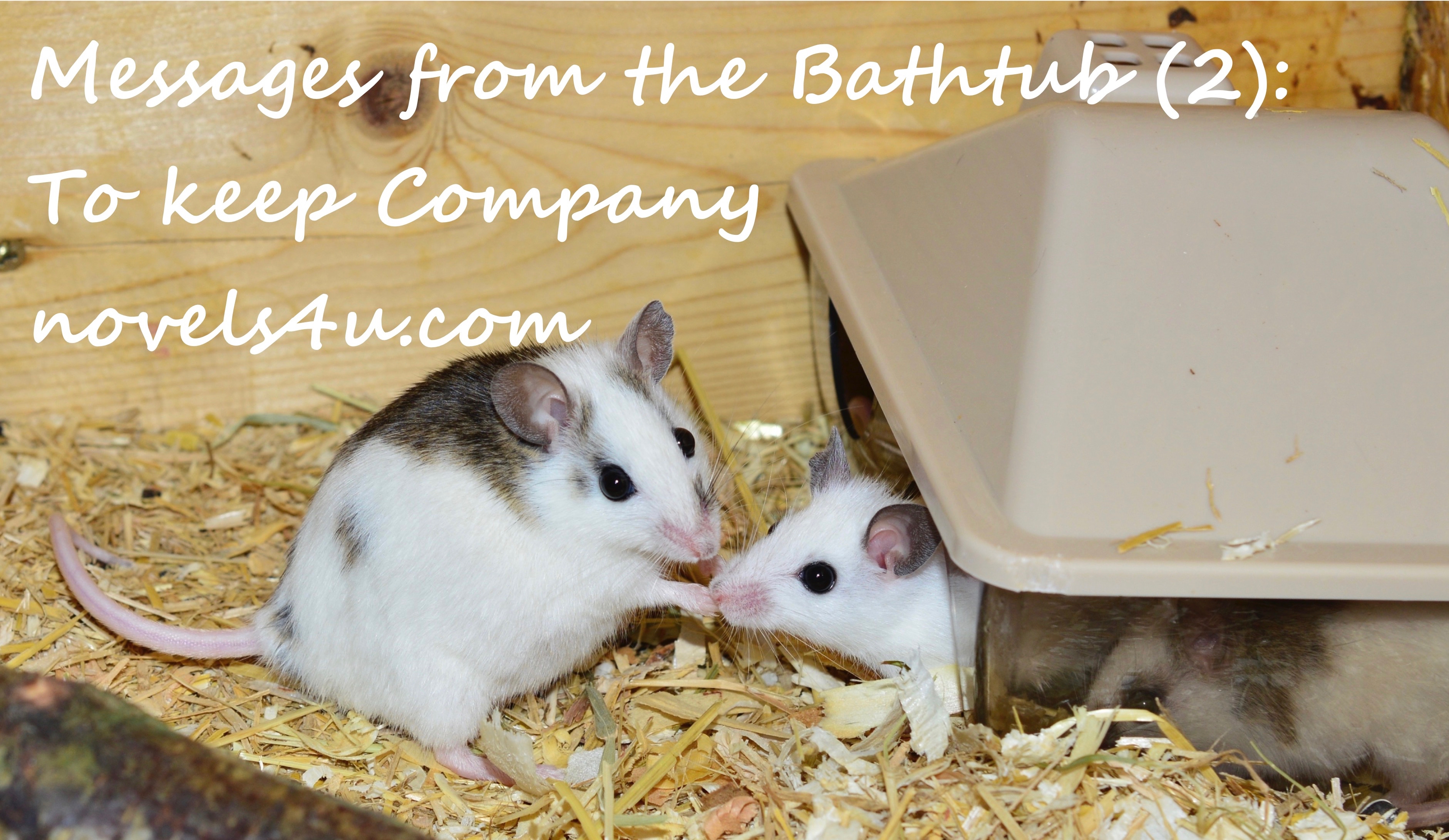 I closed my eyes again. It just feels better with my eyes closed, at least that’s how I feel. This combination of lightness in the water and your tender hands on my skin raised my level of relaxation so much that I actually no longer felt any pain. Maybe they were gone. Maybe they were just hiding. It didn’t matter because the important thing was that they didn’t torture me anymore. I felt you very close to me. I had my head on your chest and did nothing but enjoy.

„Was it now a good or not a good idea to keep you company?“, You asked abruptly, since it was not hidden from you that I felt comfortable.
„Yes, it was a good idea,“ I had to admit, which was not even difficult for me, because in the end I was able to blame my previous irritability on my lack of sensitivity, „If I can afford it,“ I added.
„Do what?“, You showed yourself surprised.
„Well, your company,“ I replied, „you just spoke of ‚keeping company‘. Now I was wondering if I could afford it. „
„I haven’t asked for anything yet,“ you said.
“So the big end is yet to come,” I added, “It is exciting that one speaks of being able to afford society. That could be meant in a monetary sense. „
„I know that means the women whose company a man can only afford if you understand what I mean,“ you explained with a lascivious undertone.
„As if the other way around didn’t exist,“ I couldn’t help but reply, „You know, those old screws with the young gigolos. But right now you might think that you can afford someone’s company. „
„Only those who have already been together anyway can afford it,“ you said, „because then you got infected anyway. It doesn’t really matter. „
„But now think of all those who were separated by this curfew, lovers who no longer come together, who cannot afford society,“ I said thoughtfully, „love in the time of Corona. With a sigh they sit at the window, thousands of kilometers apart and send a message to the stars and because they are so intimately connected, they can recognize and understand this message because of this very special connection and their love. „
„I didn’t know you could be so sultry,“ you said, „but I’m going to add one more. Because the virus went on year after year and they longed to die, but their love is immortal, like their message in the stars. All lovers can read it. So the real lovers. Just like with the emperor’s new clothes.“
„And when I hear something like that, I wonder if I want to afford your company,“ I explained with a laugh.
„Or you should at all,“ you added, „but don’t worry if you don’t want to, the women are lining up to be allowed to afford my company.“
„But nice at a distance of two meters,“ I explained, „I’m almost afraid you’ll have to afford my company, at least for a while.“
„And if you stop being so rebellious, I will keep my company affordable,“ you said.
„Do you think I can pay you in favors?“ I asked.
„If you give me a taste, then we can talk about it,“ so that I turned to you and started massaging you, gently with oil and also, if you said nothing more, you could imagine that you were with me not only agreed to small favors, but were able to enjoy them. Soft waves of comfort rocked through me like the water around me. It may be that we tapped a little then, but who cares, at times like these when the pressure of them is far less noticeable.