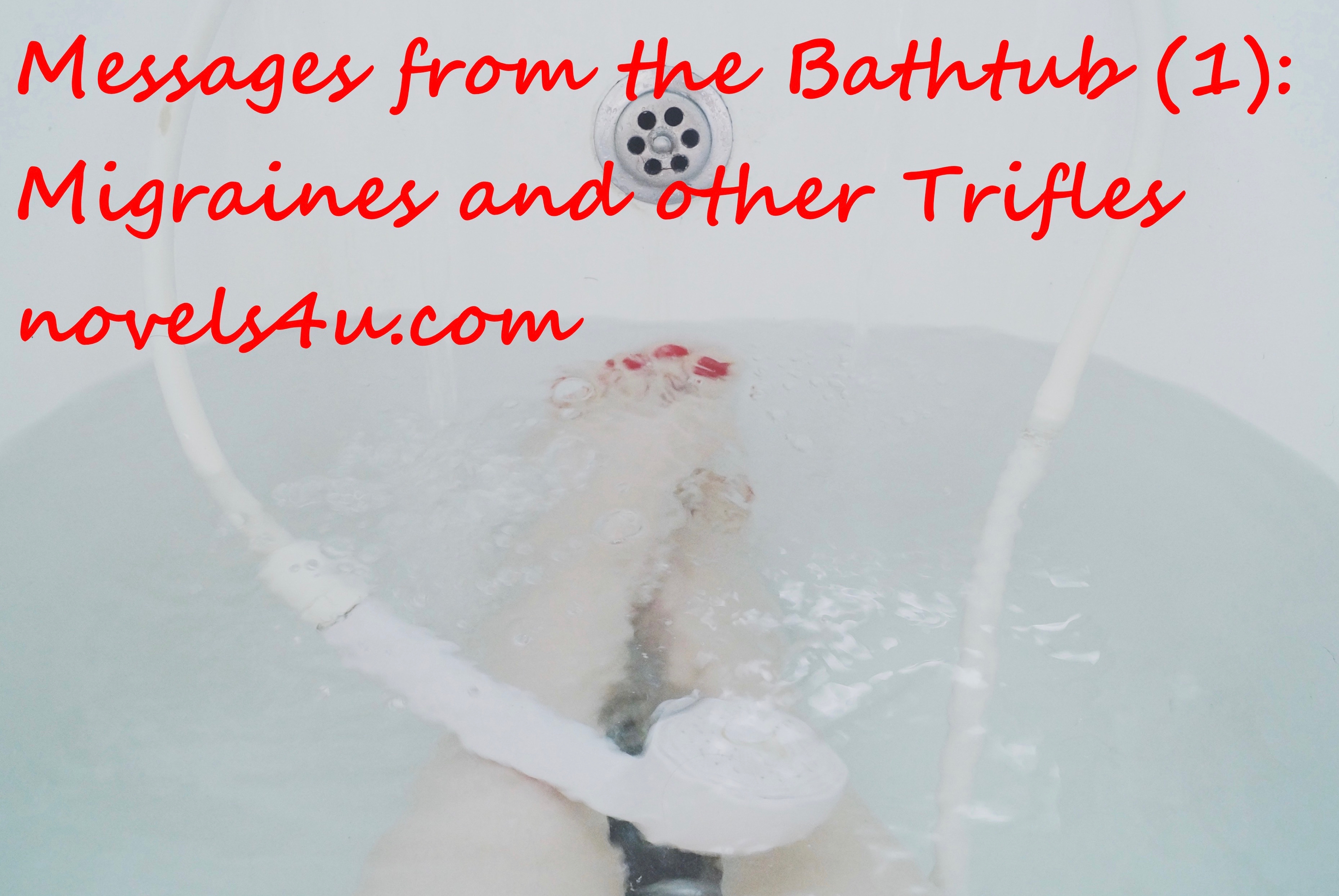 In times like these, you take the same for things that you otherwise refrain from for lack of it. A lack of time for time-consuming tasks justified due to time constraints. Such as. go into the bathtub. If one does not now get involved in an ecological discussion, such as the water consumption, which is of course meant in my decision, „Let me run or not“, of course the water in the tub, the only thing left to do is to refrain from doing it. But if you spend most of your time at home now, and then come back freezing from the dog walk in the snow, then thinking about it becomes a little more serious, which may even go so far as to result in an action. In this case, the operation of the tap.

Of course, I could now hand in the information that just on that day I thought about the finger, consider the left index finger, which was not necessarily an advantage when I was writing, i.e. when I was typing, that was sprained and that I got up a migraine with me who stood by my side faithfully and honestly all day. There are still certainties in life. However, in times like these, which brings us back to the starting point, it is not at all appropriate to talk about migraines or sprained fingers. „Really now? Are you worried now? Right now, that we have a pandemic on our necks?” Nobody needs to tell me, because I know that myself. I don’t complain either, just tell it for the sake of completeness, so that you can better understand the situation in which I found myself when I not only decided to turn on the tap to let in the bath water, but also hoped that my pain would be particularly bad. While the bathtub was slowly filling up, I took off my clothes, which seemed to be a good thing, because after all, the water definitely gets closer to the skin when you remove all barriers.
„Hey, you go into the bathtub,“ I suddenly heard from the door. You seem to smell it when I take off my clothes, like a dog treats. I discreetly sniffed the textiles just thrown off, but they didn’t smell. It couldn’t be that. Maybe you just have a seventh sense for it.
„Not so loud please! Think of my migraines,“ I replied, adding graciously, „And no, I just want to watch the water run and it looks better naked.“
„Does that mean I shouldn’t keep you company?“ You asked, with all possible naive insight.
„That’s exactly what it’s supposed to mean,“ I replied unequivocally, „my head is pounding as if a dozen pneumatic hammers are at work and my finger hurts. I just want to be left alone.” You seemed to have understood it, because you actually disappeared without another word. That would have irritated me under normal circumstances, but I gave it up here because of mental limitations, because when you have a headache, the whole world is a headache. Of course, this also applies to toothache, earache or sore throat. At this point you can be creative and use whatever you want. But at least I was able to close the tap again and let myself carefully slide into the warm water, holding my left index finger firmly upwards, even if I couldn’t explain now why a sprained finger shouldn’t get wet. I did it anyway. The water flowed around me pleasantly, so that I closed my eyes and the jackhammer in my head did not take a break, but at least shifted down a gear as if they had a little bit of mercy and gave me a few moments of relief, but it did not last long because a touch, an unexpected one, made me jump.
„You really can’t let it go!“ I snapped, because the hands on my shoulders could only be yours. In fact, you stood naked behind me, completely ignoring my previous instruction.
„I only come in to you briefly and if it is uncomfortable, I go out immediately,“ you suggested to me. I decided to give it a try so you slid into the water behind me. As soon as you started massaging my shoulders, very gently, my headache thought that they could slowly say goodbye and what was left was just the pleasant feeling of your touch.