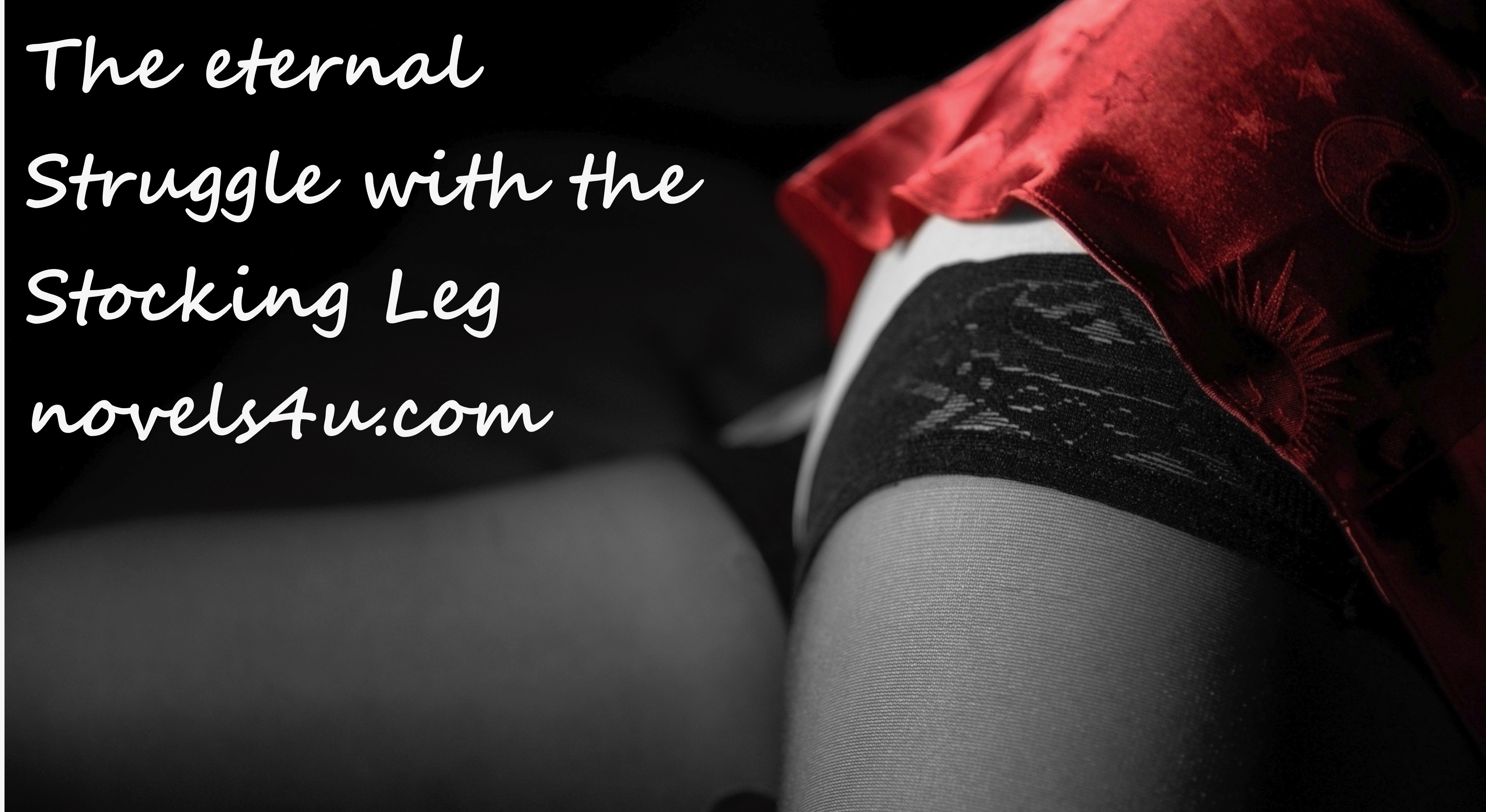 Women have a hard time. I am not the only one who is convinced of this. At least they have it harder than men, especially when they have to take care of covering their legs. Men put on socks and pants over them. So, they are socially acceptable so far. These garments are neither difficult to put on, nor are they particularly delicate. In contrast, the women’s world has to deal with all kinds of pitfalls. Now I admit it shouldn’t have to. But I stand by the fact that I find it simply beautiful to surround my legs with ultra-fine nylon when I wear a dress or skirt. This can be described as quite decadent and I unreservedly agree with this judgment. But I treat myself to this little decadence and accordingly have to contend with the consequences.

Furthermore, I have to admit that I prefer the stockings for this type of leg clothing, and not even for those who call themselves stay-up, but for those who wear it with a so-called garter belt. I generally reject tights that I have to admit frankly that they would be the most practical. Of course, they have undeniable advantages. They keep the butt and other parts of the body sensitive to cold warm, but are too reminiscent of rompers. That is why I put on my garter belt on the evening on which I thought I would not only go out, but also cut a particularly good figure, and, with many curses, clamped my stockings in place. I was finally able to admire myself in the mirror when I remembered that I had to file a nail that had been torn and was now brittle. As I reached for the nail file, I scratched my left leg, lost in thought, with my left hand, along with a torn fingernail, which promptly got caught in the extremely fine tissue, was difficult to loosen, and then showed me the spectacle of a running stitch. Now you might think I could have just taken off one stocking and put on another. That is the undeniable advantage of stockings. If you have a running stitch, you only have to throw away the one. Unfortunately, I no longer had a complete couple. So, I had no choice but to take the second best option, the hold ups. To reassure me, there were still two pairs in the box. So, I pulled them over my legs until they took the desired, intended position and then immediately slipped away again. They hung loosely around my ankles. Then I remembered that I had, exceptionally, greased my legs. However, the delicate adhesive surface cannot stick to the creamy skin. I had behaved as amateurishly as a beginner. So, I could forget that too. But I still had a couple. Before I put them on, I rubbed the skin dry, both on my legs and on my hands. Then I dared. The last couple. Then nothing could go wrong. I was convinced once again that my skin was really dust-dry and that my nail had been filed properly, so that it no longer got stuck or slipped off. To be on the safe side, I even put on the ice-cream gloves that a well-trained salesperson once recommended to me and put in my shopping basket. I had finally managed to distribute the stockings appropriately on my thighs without friction. The wardrobe was completed and I was ready to leave the house. My dog stood in the antechamber to say goodbye to me. Jovial I went down on my knees and scratched him behind the ears while he put his paw, along with sharp, unshaped claws, on his knee in a friendly manner. Now we could watch together how the stitch ran over my knee to the ankle. Without a word I retired to the bathroom and changed clothes. I decided to forget my failures about a good book and decided to have at least 5 pairs of stockings in the house. At some point it had to work.