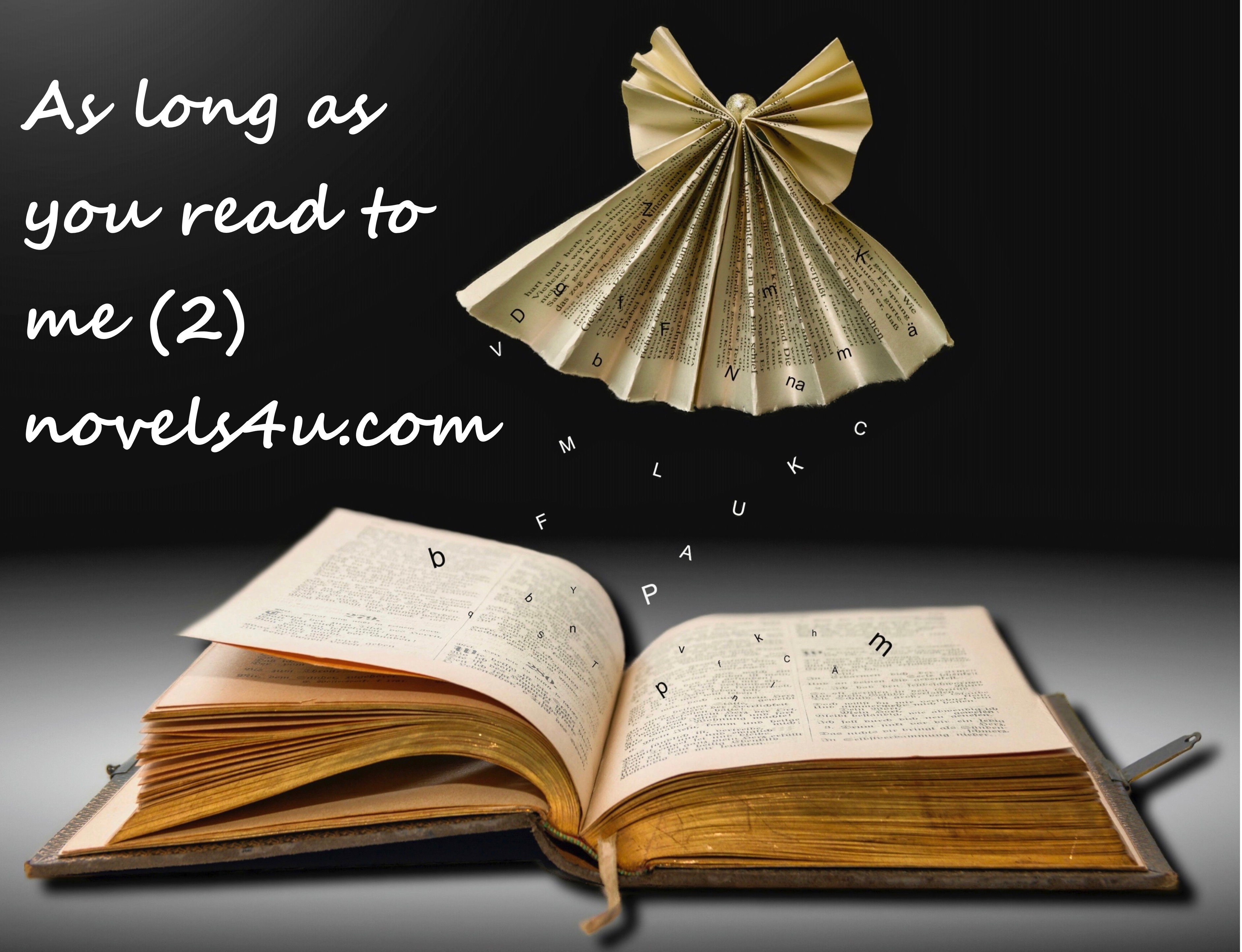 It was simply unthinkable to simply promise such a forever. But at the same time she saw those hopeful eyes, this vitality that made him shine. She couldn’t say yes, but neither could she say no. She felt that she didn’t want to say no. But what was left then? So, she took his hands and said:
„Don’t let us in on this kind of obligation. Rather, from day to day, think about whether it would be good for us to do it together. ”
„And reading, listening,“ he added quickly, „Well, I’m ready to settle for it.“ And that was thirty years ago. It had been fulfilled, the Forever and she is glad that she had listened to her inner voice back then.

His breaths on her chest are calm. She listens to the darkness, which is only interrupted by a narrow strip of light that the moon throws through the window. It falls right on his face. His features appear gentle and familiar, almost like those of a child.
„It is good as it is,“ she thinks involuntarily, with this premonition that the Forever will soon come true. They had found peace with one another, a peace that had been denied them for so long. She had been filled with restlessness and he with his grief. His wife had died ten years before they met. Not surprisingly, but it still struck him as he admitted to her, right from the start. She had had breast cancer. Her martyrdom had begun five years earlier. She almost asked if no one, especially a doctor, had told her to stop consuming dairy products. She pinched herself because it no longer mattered, even if she didn’t understand that medical professionals were still so ruthless. It couldn’t have been better. Maybe worse. It had been years when they expected death while hoping for life. Ultimately, he had lost her, and the grief that accompanied the loss remained, even if it changed over time, it did not leave him. His sleeplessness had started with the diagnosis and was held until the first reading. Now she is stroking his hair. Very gently. Who knows how many more times she would be able to do it. He is now 90 and actually sees every day and evening of reading as a gift.

Suddenly he turns away from her and her arm. It always is. She turns to her side. She hadn’t been able to say yes to this forever, because she couldn’t imagine that togetherness could thrive. Perhaps a certain amount of time, but then signs of wear crept in regularly, negligence, a matter of course that could be forgotten. She didn’t want to experience it, but it didn’t. He let her be, be simple as she was, unobtrusive and attentive. And she knew and appreciated it. Maybe it is actually the case that there is this one person with whom you can endure life, the better, the more life imposes on you. Of course, it was also because of the reading. It was something they shared with each other, stories they experienced, thoughts they shared with each other. It must have been hundreds of books she had read to him over the past 30 years. There was no structure and no guidelines. They chose fiction as well as non-fiction, novels and occasionally poetry, drama and essayistic. From the very beginning, this reading had a magic that not only did not leave it, but even strengthened it, a special kind of connection. And while she still listens to his calm breaths, she remembers that she had always liked to read aloud. Probably, it can be assumed, because it had been read to her. Clever educators are always sure of that. You learn from the example. Far from it, because it had never been read to her. Maybe she should tell these educated experts that they should think about the concept of “learning through absence”. She had been reading since she could read. Not her dolls because she hadn’t had them, but herself, pretending to have someone hugging her and reading to her. The idea remained. Slowly a single tear rolls down her cheek, thinking of the little girl who wished she had someone in her arms.