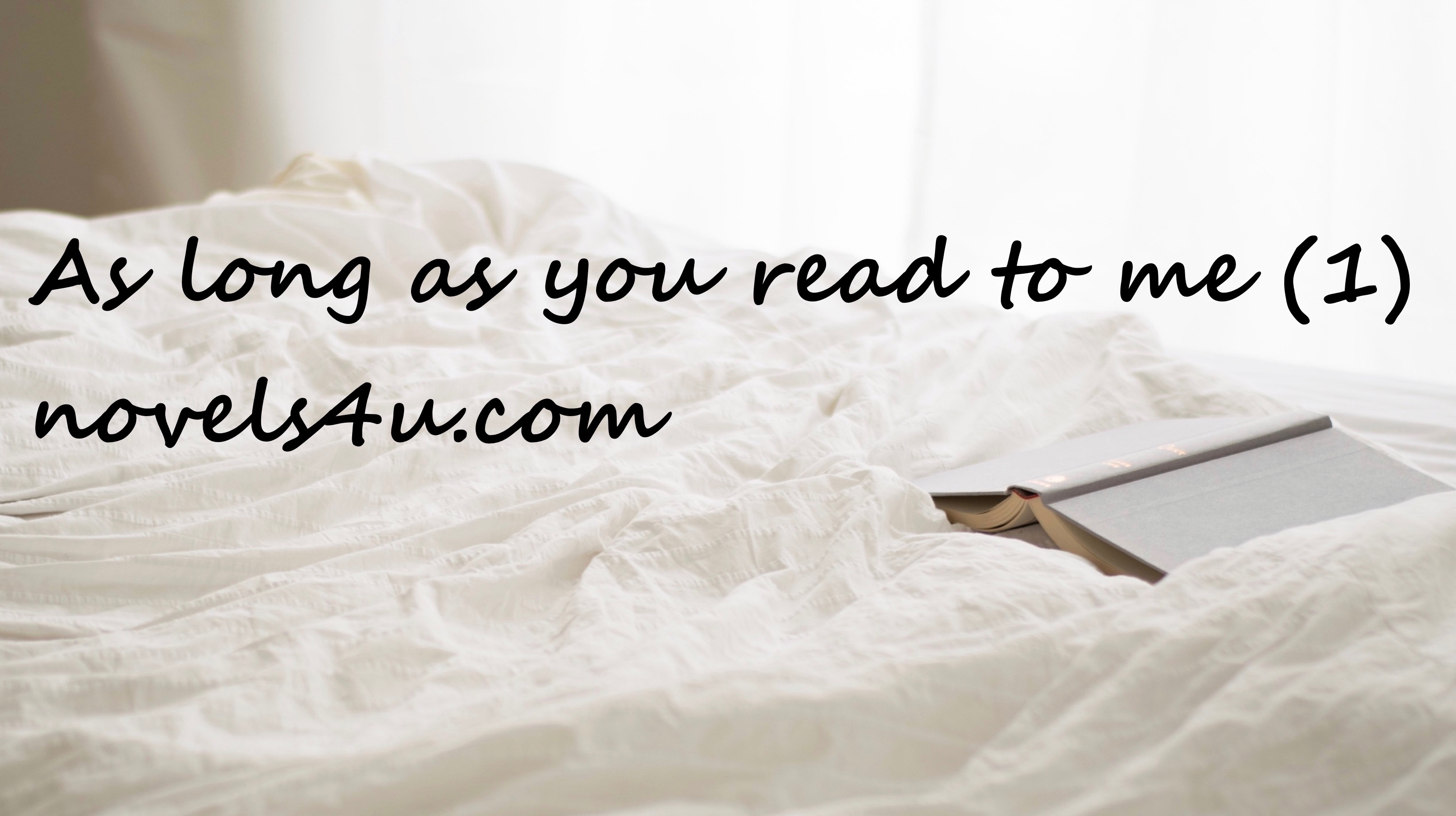 She carefully places the book on the bedside table, extends her arm and extinguishes the light, because he has fallen asleep, in her arm, his head on her shoulder. She resists the impulse to run her fingers through his hair as if that were enough to wake him up. He breathes calmly and evenly, finally leaving behind the restlessness that he is unable to shake off while awake, a deep, dull restlessness, perhaps also as an expression of a remnant of distrust of life that has taken away so much from him, but also so much had given. Perhaps it is this constellation that keeps you awake so that you have suffered from insomnia for many years. Until she started reading to him.

„I can’t sleep,“ was one of the first things he entrusted to her when they met. He suffered from it and still could not escape all the thoughts that were going on in the carousel and could not be turned off. They came closer, found each other in the embrace, including the intimate, a gentle, sliding, familiar hug, mysterious and astonishing. Thirty years had passed since then. But even finding himself in an embrace that he had not been able to accept since the death of his wife ten years earlier was unable to drive the thoughts away.
„Let me read to you,“ she suggested, because she liked to do it, always liked to do it. It was the first time, exactly that day, thirty years ago. She had thought about it for a while before suggesting it to him. But it worried her to see him roll sleeplessly beside her as she slept soundly. It was like leaving him alone, going into a relaxation and regeneration to which he had no access since that loss. Then she had the thought of reading to him, because in the quiet corners of her memory she had found an experience that made her think of it. She was just 17 and was in England with a friend, more precisely in the picturesque coastal town of Hastings. Pumped up by all the intense experiences, her friend could not find sleep and therefore asked her to read to her. She was happy to comply with that. They only had one novel with them at the time. Günter Grass, „The Tin Drum“.
„It could have been worse,“ she thought, starting to read to her friend. She couldn’t get past the first page when her friend was already in Morpheus‘ arms. „Interesting,“ she had thought, that evening, „I could have imagined that it would work, but so quickly. Whether it is up to me or Günter Grass?” The question remained unanswered, which was no longer important. What was exciting, however, was that during the entire three weeks of their stay, which still required reading aloud, she could not get past this first page of the novel. She remembered that day 30 years ago. It was not easy for her to suggest this to him. Finally, this proposal was somewhat infantilizing. After all, he could read himself and was far from needing anyone. There was also no need to introduce him gently to the reading adventure, because he liked to read a lot. Still, she suggested it to him. Rather defensive, but to her surprise, he accepted her proposal with great joy.
„It’s a great idea,“ he said, „I haven’t seen that since I was a child and it’s a shame that it stops. I always really enjoyed it when I was read to.” And that was when their reading adventure began. She was a little nervous, wishing so much that it would work. So, he lay down to her and she started reading. A few minutes later he fell asleep. For the first time in many years, he woke up, rested and relaxed. He was overjoyed and this happiness led him to exuberance.
„Promise me that you will read to me every evening from now on, for the rest of our lives,“ he said. And she felt how dizzy she was. For the rest of our lives? Immediately the picture of a prisoner appeared before her, who had been caught up in her own promises and could no longer find out. She had seen it too long. But how should she tell him when he was so happy? How to make him understand that she couldn’t commit herself to such an obligation?