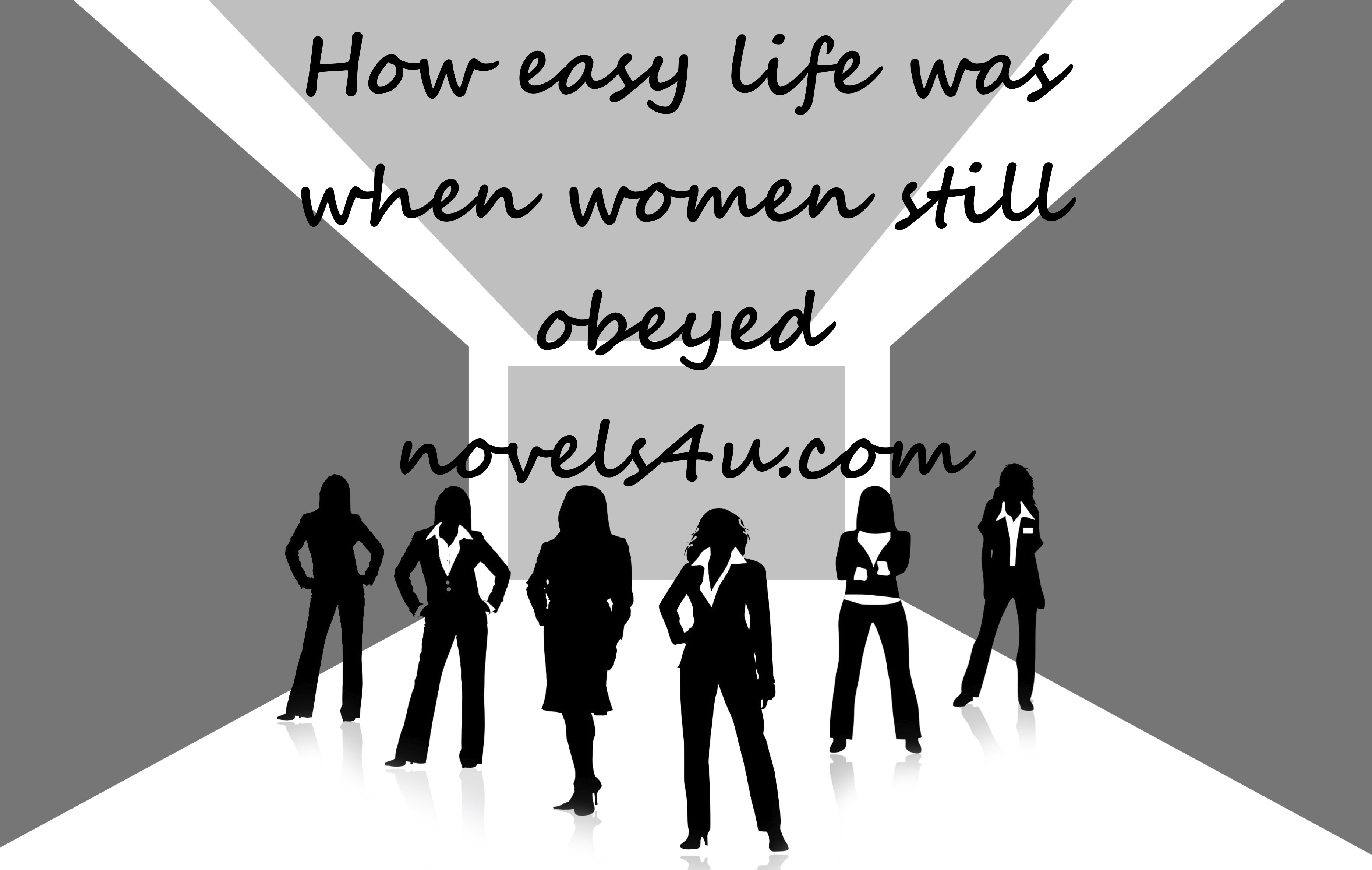 We all know who we owe our misery to. We have been letting these radicals do what they want for at least 50 years without putting them within their reasonable limits. Actually, at that time, or our fathers, we should have pressed the emergency button the first-time germination of such ideas, as it is now chic, so immediately stop them. The Muslims are ahead of us. As soon as even the slightest suspicion arises that a woman wants to start her own business, this is stopped. This is how it is done. But we have stood by and watched as our women were persuaded that they should be independent, free from the role that a clever woman was assigned to them. And this is called Mother Nature. That alone would have to say everything and there would be no need for further discussion.

We did nothing when the little plant of insubordination started to germinate and poisoned the hearts and minds of women. Back then it would have been easy. You have to tackle the root of the problem while it is still small and manageable. Now we have the trouble. Women forget about their given, yes God-given role as mother and wife. They can be persuaded against better knowledge and conscience that they don’t want that at all. This opinion has become so dominant that they don’t even dare to think. In the past, yes, little girls dreamed of the prince who saved them and protected them for the rest of their lives. That is why the burning of widows in India is something that women deeply desire because they know very well that they cannot and do not want to live without their husband, his protection and umbrella. But our women? They go to work, which not least contradicts their physical constitution. One only has to try in biology to know that the female body is attuned to domestic activities. Nevertheless, they are pushing into the labor market, neglecting their children and husbands just to be financially independent. As a man you can’t even look wrong anymore, you’re already a rapist. In addition, they ruin the job market because they are willing to work for less money, so little that a man would not even touch it.

That is why it is our God-given duty to choose the mothers of our children according to their inclinations towards true womanhood. It must be clear from the start what is expected of her. Our daughters are brought up accordingly, so that emancipation cannot gain a foothold in the first place. Our sons, in turn, must be prepared for their future role as breadwinners and protectors. You must never experience that you can do anything in the household, much less that your wife or your daughters contradict you. It must always be clear who is in charge and who makes the decisions. Namely you and only you. That is the only way to wipe out this poisonous plant emancipation again.

It is not an easy path. I am aware of that. That is why you can get the fullest support you need from the association for men for men. You will also be hostile to it. It is important that we stand together and do not be put off. It is the only way to save a society that would otherwise go under.

I thank you for your attention.

The speaker hurriedly left the stage and the inn to be home on time, because he was supposed to take care of the children that evening while his wife was attending the meeting for women for women. He couldn’t be late because she would make him literally hell. And he was very afraid of that.