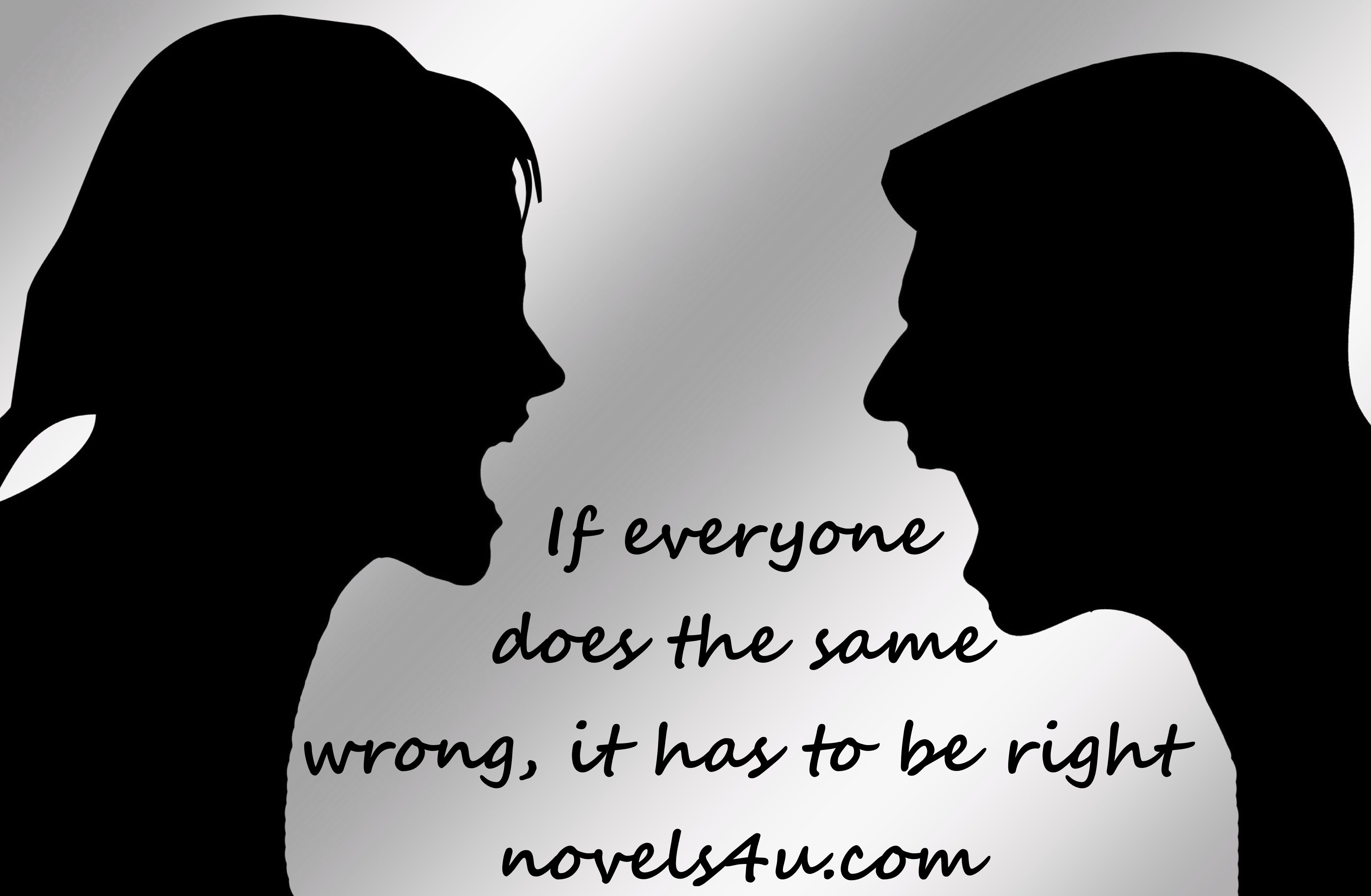 „Why don’t you say anything?“ Comes one of the two partners pointedly when you get lost in the so-called intimate togetherness.
„Because I have nothing to say at the moment“ would be the honest answer, but it would certainly be wrong because the answer follows, just as inevitable as the amen in prayer:
„You mean because you have nothing to say to me.“ To ask
„What should I tell you or what do you want to hear?“ would also be rash. Because then you can listen
„I don’t want you to say what I want or what I want to hear, but I want you to speak to me on your own initiative, openly and honestly.“ And you’re sitting in the most beautiful „be spontaneous“ trap, because when you tell something, it’s only because you feel compelled. But this inevitably leads to the reproach that you only do it because you have been asked to do so. The cat has bitten its tail long ago. You can’t get out.

„What do you think?“ Is another of these trap questions. Either the thought has disappeared the moment you hear the question and think about it. So, you can’t answer. Or you think of something that you shouldn’t or shouldn’t think about. Then you can hardly answer honestly.
„Nothing“ seems to be the only possible answer.
„I don’t believe you“, comes back promptly, „Do you think I don’t know you? Do you think you can show me an X for a U? I can see that you are thinking of something.” At this point at the latest you have lost. No matter what you say, you will be portrayed as a liar.

„You are not listening to me,“ comes the accusation after a quarter-hour lecture on the horrors of life such as unruly hair, uncomprehending friends, price increases for botox injections, the referee’s ignorance of the offside and similarly important things. Of course, at the latest when this tirade started, you switched to pulling, because it is so deeply boring and unnecessary.
„True, I didn’t listen to you because I wasn’t interested and you know that exactly“ would be an honest answer, but if you have any kind of interest in continuing this relationship, you have to avoid it, because then it will come inescapable:
„You are not listening to me because you are not interested in me.“ At this point at the latest you have already lost again, because you can still argue that none of this has anything to do with the person as such, but it is there one wound wrong. You could also say that it has no information value, but then the relationship aspect is promptly held up in front of you.

Three standard situations that everyone has gone through somehow. With great pleasure they are kicked over and over again in the so-called cabaret and the same inevitable laughter is acknowledged. For two reasons. First of all, you can happily find that everyone else has as shitty relationship situations as you do yourself. Second, if everyone does it, it must be so. Ultimately, a confirmation that there is no other way and that it is the same in every respect. That also frees you from the possibility or even the idea that you could perhaps do it differently. For example, you could start with honesty and say what you think, express your needs and desires clearly and unambiguously, without anyone feeling hurt in their vanity. A path from, only I am your navel of the world, without which you cannot live, to an understanding, open, prejudice-free, not possessing interaction with each other. But what else could you bring to the cabaret? Because if you cultivate an attentive, empathic style of communication, you can simply stand stunned indoors with such cabaret programs or you would have to leave the room shaking your head immediately if you were so stupid and unable to learn. But maybe it is easier to make fun of it so that you can say at home, „See, we are doing exactly the same nonsense“, which I would not advise, because if that becomes noticeable, you have to go back to the cabaret to find out to listen to that.