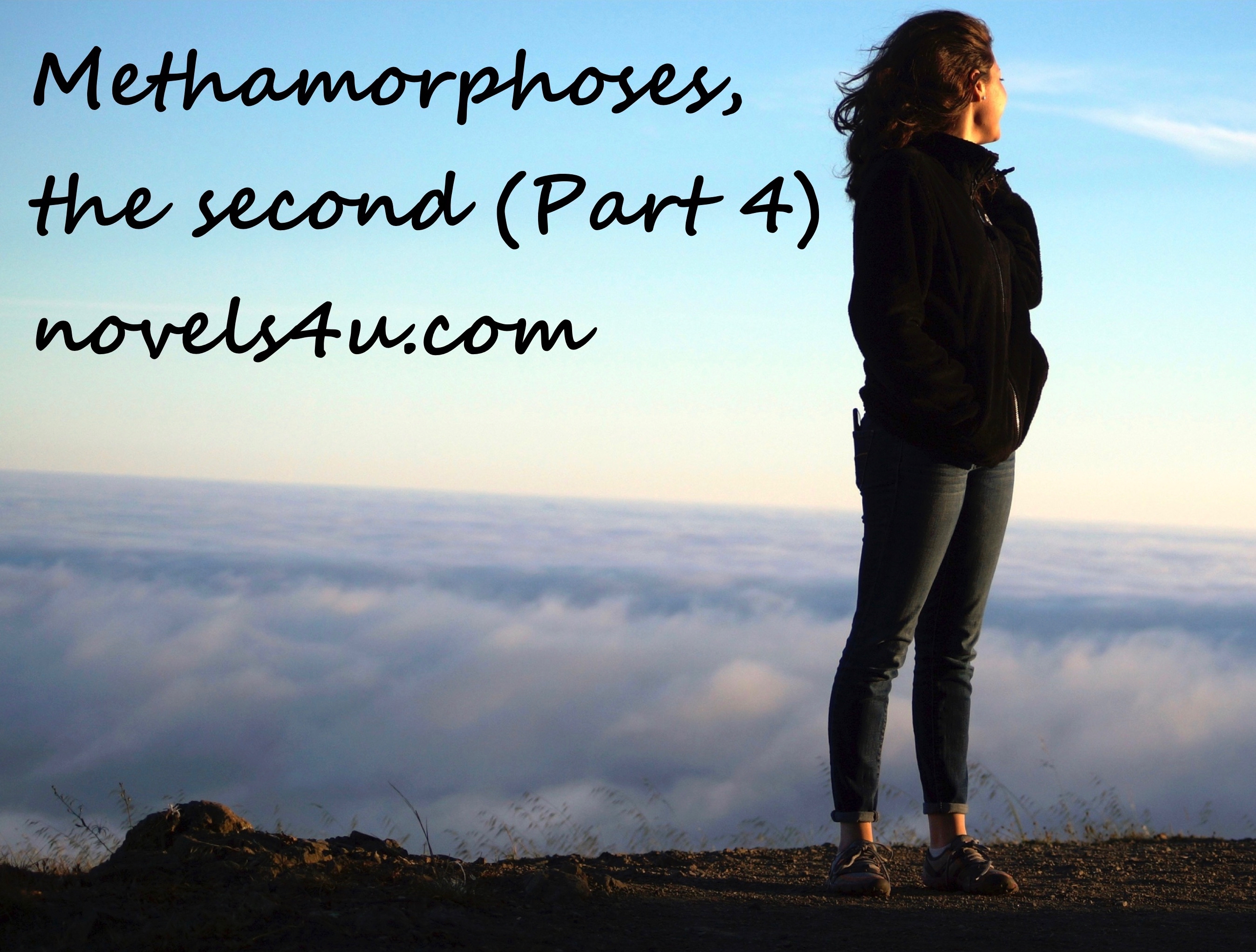 The scientist in Grete was immediately hooked, even if she didn’t like what she got to read.
„Dear Grete,“ she read Gregor’s message, „it is very commendable of you that you want to stand up for me, but I do not want this and cannot allow it. The way I look now, I am of no use to anyone. On the contrary, I am only a burden to you and our parents, so I only ask you for one thing, kill me and free the world from me bugs. „

Grete understood him all too well. A person who had been used to holding all the strings to be there for his family could not simply accept others, but she would not give up that easily. She loved her brother too much for that.
„I’m making a proposal to you,“ she began, „let me explain my idea to you. You can still decide that you don’t want to live anymore, but at least give me this chance.” Gregor considered a few moments, then his antennae moved again. Relieved, Grete began to explain his thoughts to him. When she had finished, she was again waiting for a reaction. Apparently, he weighed all the pros and cons exactly, but finally he wrote: „Let’s try it.“

A few weeks later everything was changed. Grete had been able to convince her professor to write her dissertation on Gregor, Gregor, the super cockroach. He had agreed not only because of the academic fame, but also because of the possible insights she could learn from Gregor’s story. In addition, Gregor had become a celebrated YouTube star almost overnight. Everyone wanted to see the extraordinary beetle. Everything he did seemed to matter. This also made it possible to continue financing life as they were used to. Moreover, she was able to repay the debt. It would also have been an opportunity to give the opinion of this gentleman entrepreneur, but when Grete faced this gentleman with the money in her hands, she found that he was not worth it.

Grete held the strings and managed her new star carefully and considerately. The parents also found themselves in the new situation, even if it was obviously difficult for them to recognize their son in this beetle, but Grete’s persuasiveness ultimately won. She seemed to be up to the task. It was as if a metamorphosis had taken place with her. The girl, who had nothing to worry about but herself, had become a responsible young woman. All of that must have been slumbering in her, except that she hadn’t had a chance to show off her talents yet. Of course, they had to move into a house, not least to give Gregor the greatest possible freedom of movement. His room, which contained no furniture, had direct access to the garden. He had quickly made friends with the situation and was enjoying his new life, just like the cockroach. Nothing more indicated that he wasted a single thought trying to get out of this life prematurely. As idyllic as it sounds, it was until the day when Grete came into Gregor’s room with the full food bowl as usual and he did not move. He usually pounced on it with pleasure, but this time he just lay there. Even when she touched him, he didn’t move. He felt cold, dead.
„A normal cockroach has a life expectancy of around one and a half years,“ she recited in her mind. Even his originally human nature could not change that.

Gregor was buried in the garden in all honor. Grete was certain that he was able to lead such a carefree life because she had found a way to support his family in this way. So, the grief was still embedded in a deep, inner connection. Never to lose, even beyond such a final separation. They had proven that even the greatest misfortune can be turned into something positive if one acts bravely and energetically. It was a transformation that started with Gregor and dragged everyone else along. It had been good, just the way it was.