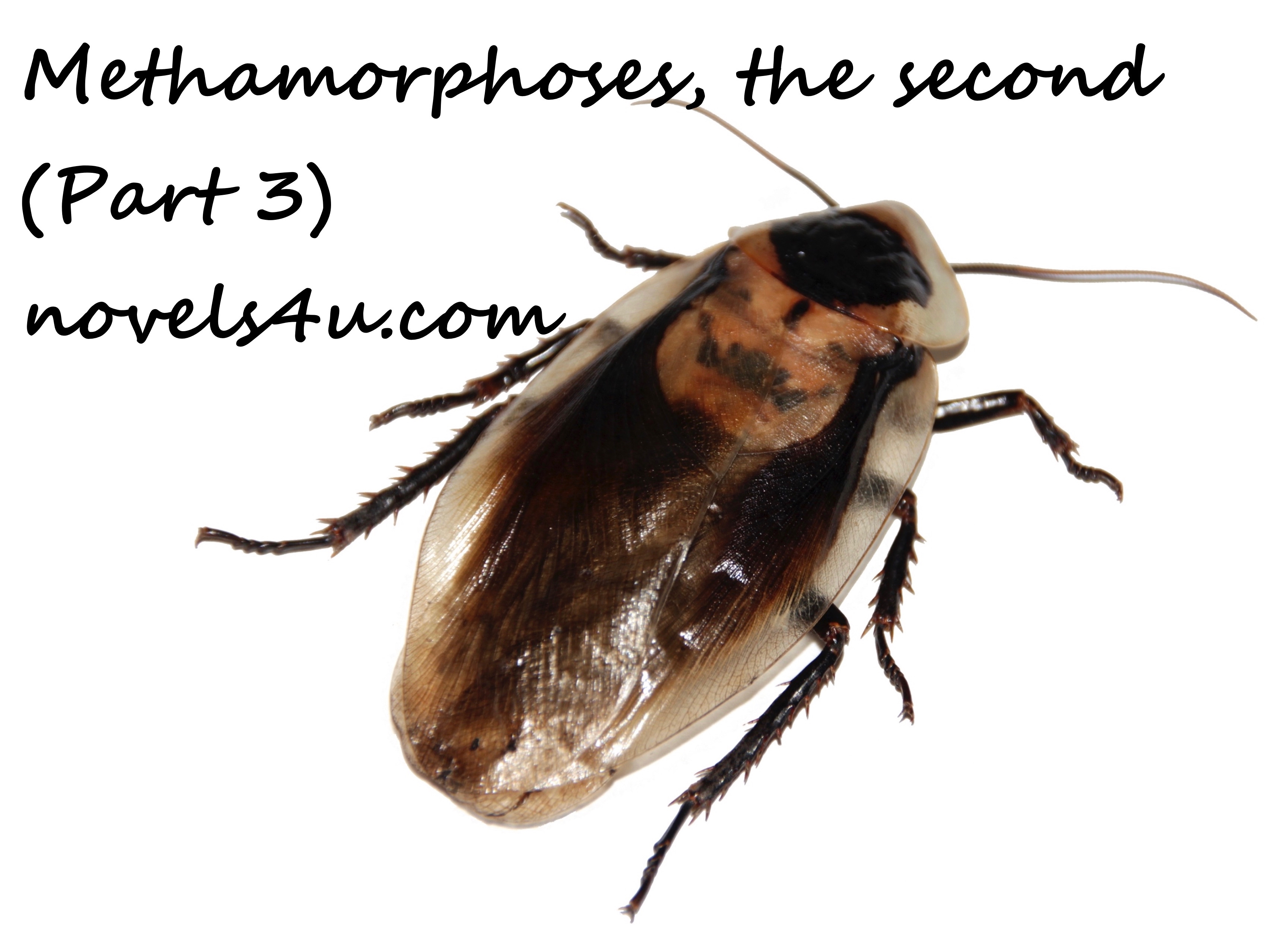 Grete had imagined many scenarios, from mutilation to the terrible eczema that Gregor had attacked overnight. But what she actually saw surpassed her wildest imaginations. Nothing had pointed it out, nothing had prepared her for what she would see. The scream was in her throat and was determined to break the path, but Grete managed to hold it back. It was no use now if she lost her head, even if she knew no more suitable opportunity for such an undertaking than this, but it was of no use. Not even when it was fitting.

There was a huge brown beetle on the bed that Gregor was supposed to be lying on. More precisely, a cockroach, like Grete, when she was almost a biologist, immediately diagnosed with a razor-sharp diagnosis. „Cockroach, order, superorder Dictyoptera, subclass Pterygota, class Insecta, superclass Hexapoda, subtribe, Tracheata, about 4,600 known species,“ she said in her head, also to calm down. This information, which sounded so clear and sober, gave her a certain amount of certainty. Something like a reality. „The largest recent species is approx. 100 mm long,“ she added at the end, „Just 10 cm and the one lying there is at least 150 cm, ie 15,000 mm tall.“

Grete carefully approached the oversized insect. Since she had entered the room, this animal had desperately stopped struggling to turn its legs. Instead, Grete was observed. That look was almost like a supplication, because it was her brother. He was no longer similar, at least in terms of appearance, but Grete was certain it couldn’t be any different. A deep wheeze told her that he was trying to make sounds, to communicate with her, but he had apparently lost the ability to speak with his outward appearance. She put her hand carefully on his stomach as if to calm him down. It’s hard to get close when you’ve lost yourself so far. But she had to try to get in touch with him somehow.
„Gregor,“ she said, making her voice sound as soft as possible, „I don’t know what happened to you, but I’m sure it is you. If you understand me, please move the feelers.” The feelers rocked up and down immediately. Grete was seized by a wave of relief. He could understand her. At least that.
„Do you want to get up?“ She asked. The feelers moved again. This time even more violent. Apparently, it was very uncomfortable to be in such a helpless situation.
„Then I will help you to turn around, we can do it together. We only have to be careful if you fall on the floor,“ she said, and with that she put her hands under his armor, which was not that easy considering its width. Gregor supported them by rocking back and forth a little. So, he landed safely on his thin feet, which it was difficult to imagine that they could carry this, in comparison, huge body, but it worked. Then Grete sat down on the floor next to her brother so as not to make him feel like she was looking down at him, as it would have been if she had sat on the couch.
„Gregor,“ she began again after a few moments of silence, „you have always been a great brother to me, just like a devoted son to parents. You did everything for us, everything that was possible to make our lives comfortable. Now is the time to repay you. As you have taken care of us, I would now like to work. It is the least I can do and I believe that we have to make the best of this situation. I already have an idea, but I need your consent to be able to implement it. Move the feeler again, if you agree, please.” And again the desired sign was given. Then Gregor turned to the desk and pointed to it. Only after a few tries did Grete realize that he wanted pen and paper. She put the paper under his jaw and he held the pencil with it. It was certainly not easy, but little by little more and more lines appeared on the sheet, which became recognizable as letters and words. You could communicate.