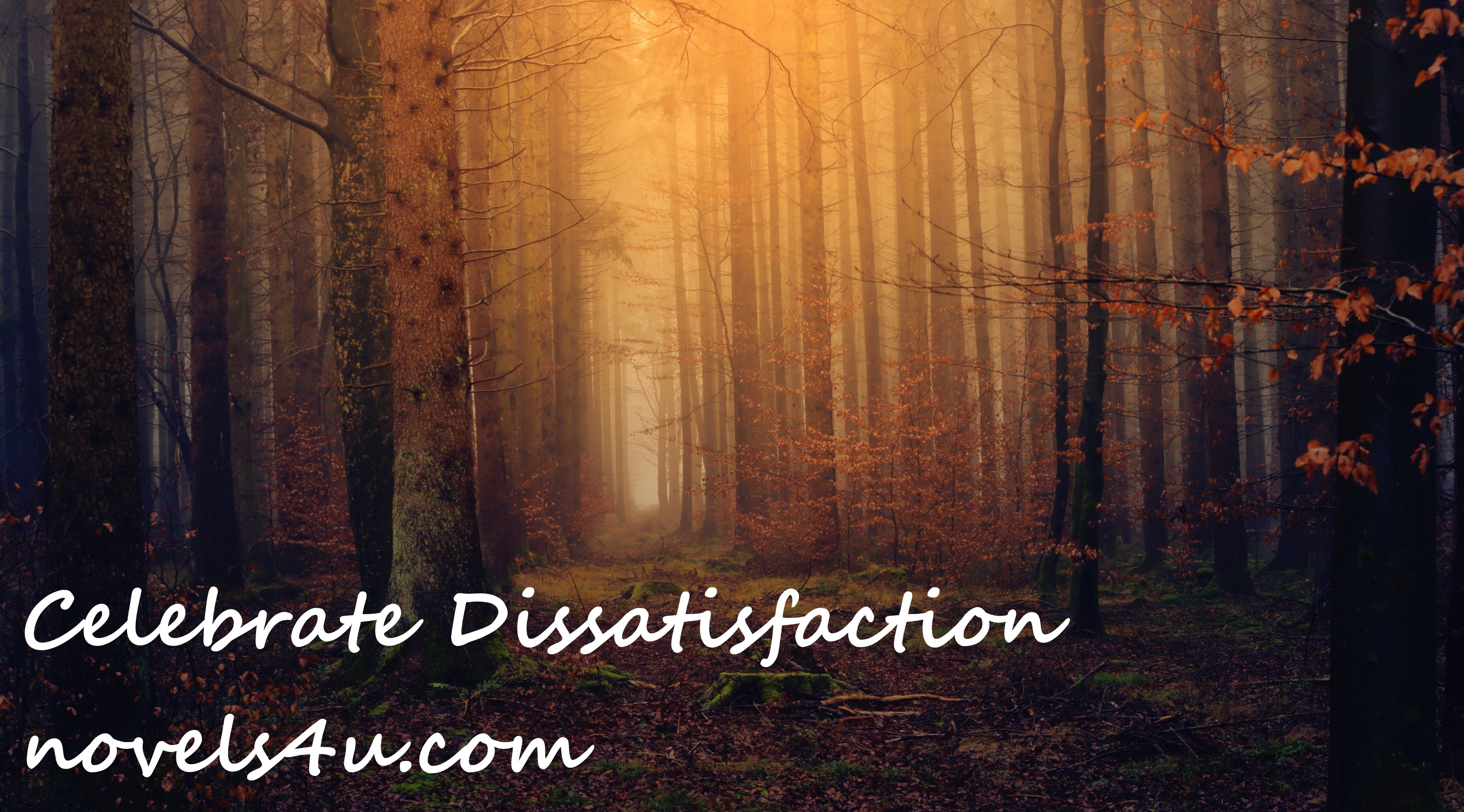 Nothing is as seductive as your own dissatisfaction. I grabbed the leashes and the dogs and slammed the door shut behind me to give my annoyance even more expression. As if that was still necessary. I just wanted to get out of this situation of frustration and misunderstanding. The dogs were a little surprised, but walking is always good, so they were there immediately. Caught in my thoughts, I left without paying attention to the direction. It didn’t matter at all. After all, I just wanted to get away.

As I put one foot in front of the other, my thoughts ran in circles. Once again, I had been drawn into this vortex of speech and counter-speech, which had so often sucked us in and yet led us to nothing. Except that we were both as dissatisfied as before, if not more. After that? Was there an after? It was not that it went on and on like a circle that closed and did not come out, like two planets orbiting in different orbits and not seeing how far apart they were from where we were in the same room and yet spatially. Even if it wasn’t directly said, the tenor was, „You started it“. „Like in kinder garden,“ I thought involuntarily through my head, except that none of us could walk to the kinder garden teacher and reprimand the other for it. There was no instance outside of us. Only we, caught in our dissatisfaction with not being understood. Slowly we were even convinced that we did not want to understand each other. I thought of you and you of me. „You would only have to make a little more effort, but you don’t seem to care,“ was a silent reproach that I made to you and you to me. „It’s up to you,“ followed from this, „Because it can’t be up to me because I’m doing everything humanly possible anyway, but you’re torpedoing all attempts,“ was another unspoken thought that guided the way we acted together with you and you with me. „You are to blame!“ That was the conclusion, yours and mine. It was a vicious cycle from which there was no escape, apparently.

I doggedly put one foot in front of the other as the dogs sniffed here and there, kept running, turning around to me now and then, then turning back to their surroundings. How many times had we walked this path through the forest that I automatically took. Nevertheless, there was always something new for the four-legged friends to discover, primarily to smell. I finally managed to turn my attention to them, their enthusiasm. The quarrels left behind me, at that moment, looking down at the trees, between them, as I managed to finally lift my gaze and look forward as the sun went down and spread its golden light, which slowly became weaker and ended in a red. I almost missed it, so well had I felt in chewing on the same eternal thoughts, as if I had missed my life, settling myself so comfortably in my own dissatisfaction.

I could see it, the beauty of nature, the enthusiasm of my four-legged friends and the smile of openness to a new thought. I noticed that I was smiling back, just into the loneliness of the forest. And kept it that way when I returned to you. As the dogs rolled in, I sat down next to you. „Goodness, what’s coming back,“ you seemed to think, but I immediately put it aside because it was just my interpretation. It could have been very different. As long as you don’t say it, I can’t know.
„Do you know what we should do?“ I asked flatly, just to get you to look at me, because I continued when you actually looked at me, „We should sit back and try to look at each other’s dealings as if we were outsiders, like a movie we’re watching. „
„I understand what you mean,“ you replied, „I also thought while you were gone, and when you look at it that way, it does have something childish about it, but it’s so hard to remember when you’re in the middle of it plugged.“
„And if you let yourself be seduced by your own dissatisfaction,“ I replied while you put your arm around me.