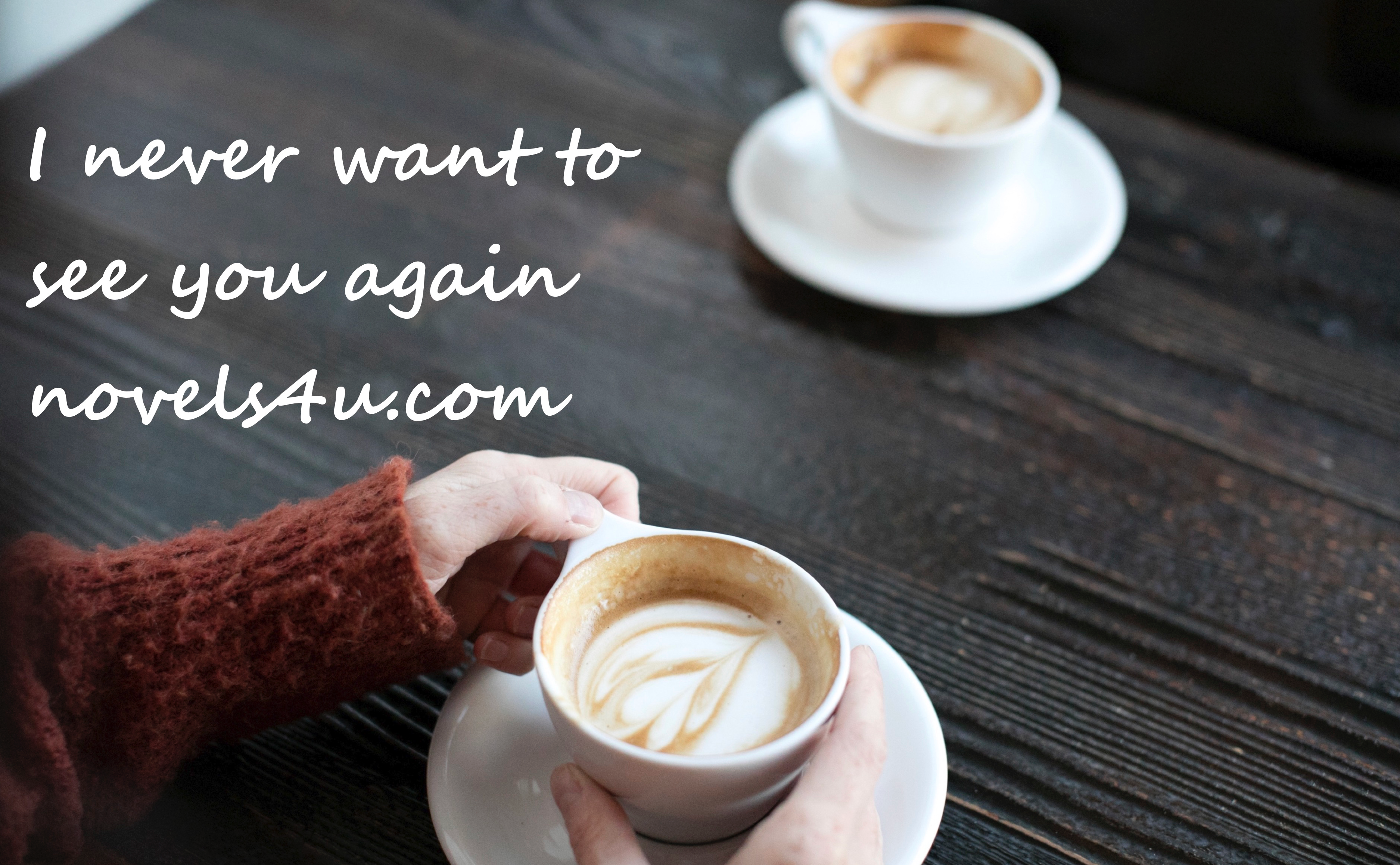 If I had not practically run into you, but had seen you in time, I would have hid myself in some cabin or shop that you would not go to, like one of those masking and beautifying stores, but I could not save myself, I was probably also inattentive. Shopping centers are not a place where I feel comfortable and that’s why I avoid them well. I knew you were thinking the same way, so I did not expect to meet you here. It was too late to dodge, even your gaze. I had not wanted to see you again, never again, even that was too early, at least that’s what I meant.

„I think I deserve an explanation,“ you said, as we sat over a coffee you had persuaded me to persuade, that you had taken my hand and brought me there. And you were right, of course.
„It all started with it,“ I began, a little awkwardly, „that you wrote to me, you did not want to go to this event with me.“
„Exactly,“ you confirmed, „and I also justified my refusal because I was really not feeling well. In the first step, you also reacted prudently. Only a few days later your never came again. And I did not understand that. „
„It’s not that hard at all,“ I could not help but note, even though it’s not easy for someone who is not at home in my head – which is the least, except for me. „You wrote, you do not want to go there with me because you did not feel well. I noticed that at first. Then I remembered that you had canceled some appointments lately. For a variety of reasons. These were isolated cases, but now that I thought about it, a pattern seemed to arise and that meant you did not want to see me again. You would continue to do so until I gave up, including you, I thought. Or just slowly forgotten. You wanted to get rid of me, just that you did not tell me directly. That made me angry. Could you not say that honestly and openly? Well, wait, as I thought, my thoughts kept going, before you tell me, I’ll tell you, once and for all. And that’s what I wrote to you then. „
„I did not say or even think about that,“ you replied, shaking his head, which made me realize that you did not look at the path my thoughts took as logically, and certainly not stringently. And I also realized that it was not the truth, at least not the whole. Rather, I realized that I had built all these constructions just to hide something else, even from myself. Now that I dismantled and cleared it, I came across it.
„In truth, I was scared and still be,“ I admitted, amazed myself, „I realized I was starting to lose myself in you. I thought of you and told you even if you were not there. I missed you. That was not good. It was high time to press the emergency button. That was possible as long as I hid my feelings behind a high mountain of anger and I could convince myself you were to blame. „
You did not say anything, just hugged me. I felt my letting go of the grudge and dropping my head on your shoulder as well as being held by you. When you let go of me, again, I looked into your eyes.
„And that’s just my fear,“ I confessed, to you and me, „That you hold me and I miss you, if you do not hold me and if you’re not there, that it will hurt me when you go. And the day will come when you go. Then I’ll sit there with my longing and vulnerability, except that you will not hug me in order to heal them like they do now. „
Slowly, your hand stroked my cheek. You did not contradict, because there was nothing to contradict.