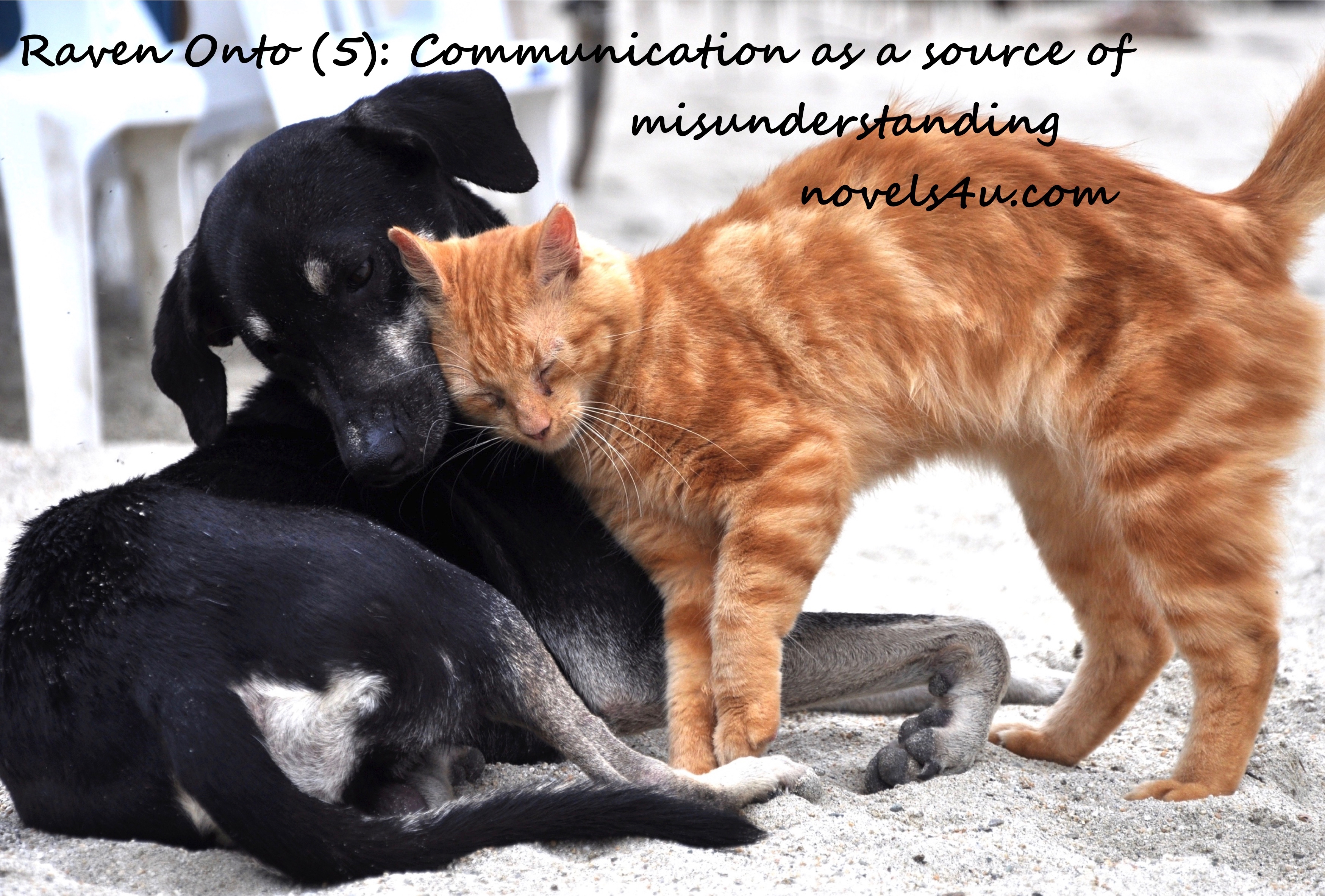 Raven Onto felt comfortable with us and at home, as far as I can judge as a human, to be able to judge this. It did not take long for solid structures to become established. And why not repeat what has proven itself. This gives life a certain reliability in the midst of imponderables. It only becomes fatal if these processes are continued even if they have lost their function. This is called tradition. But at this point it was opportune to add a third to the previous two food bowls. Two for the dogs, one for the bird. Side by side, they took their meals. The first few times, probably one of the dogs had tried to get a share of Ontos food, but Onto put them clearly in their place. After this was clarified with a single hissing, there was unbroken concord. Not a single word was needed to understand each other. How different is that with humans.

People talk. Of course, to exchange information. But that makes up the least part. First of all, people talk to each other in order to strengthen the community, the communio. At least that’s the way it is thought, but often the opposite happens.
„What are you thinking?“ She asks, looking at him with that look that seems to pierce him.
„Nothing,“ he replies, because at the same moment she asked what he was thinking, she tore him out of his thoughts and they disappeared.
„Of course you think something!“, She replies imperiously, „You cannot think nothing.“
„I do,“ he retorts. A little weak, too weak not to make her suspicious.
„You think something, but you do not want to tell me,“ she asks.
„I thought about the work,“ he says helplessly, knowing he will not be able to do it.
„So you lied to me again,“ she says triumphantly.
It turns into a harmless question, a reproach, even a condemnation that does not necessarily strengthen the community. And so, the ditches grow bigger and bigger without any intention. The important thing is that you are right, as the winner goes out of such a communication.

„You can go home with Daddy. Mum feels so much better anyway „, I hear the grandmother say to her grandchild that urges her mother to leave. They were visiting grandma over the weekend and now it’s time to go home. I wonder, this lady has even considered for a moment what she says to the boy. „Mom is doing much better without you,“ that’s what I hear from her words.
„Mom has a lot less work here,“ adds the grandma, to underline the statement. The little one has become quiet, has stopped urging, probably because he has understood the message, „Without you Mummy is much better off.“

The dogs stood patiently and waited for Onto to finish his meal, probably with the vague hope that he would leave something to their liking. But they did not dare to come closer, after Onto had reproofed them unambiguously, and then, each time, unexpectedly put one piece of his food into each other’s bowls. I was very surprised. He did not want to be taken anything away, but he volunteered, as if he wanted to be grateful for respecting his space. And not a single word was necessary. Most recently, they all trotted into their place. There was harmony. Should this be disturbed once, then this disturbance was immediately removed from the world. It was not about losers or winners, it needed no rulers and no subjects, only the respect for the respective space, the mindfulness in the handling and attention for what the other just needed. The reactions were clear, unmistakable and immediate. They did not give in, so it was possible to fall asleep without rancor in the evening. While the members of the supposedly most intelligent species not only do not shirk their grudges, but often maintain them for a long time, even cultivate them. It could be so easy to get along well, and I do not even have to speak.