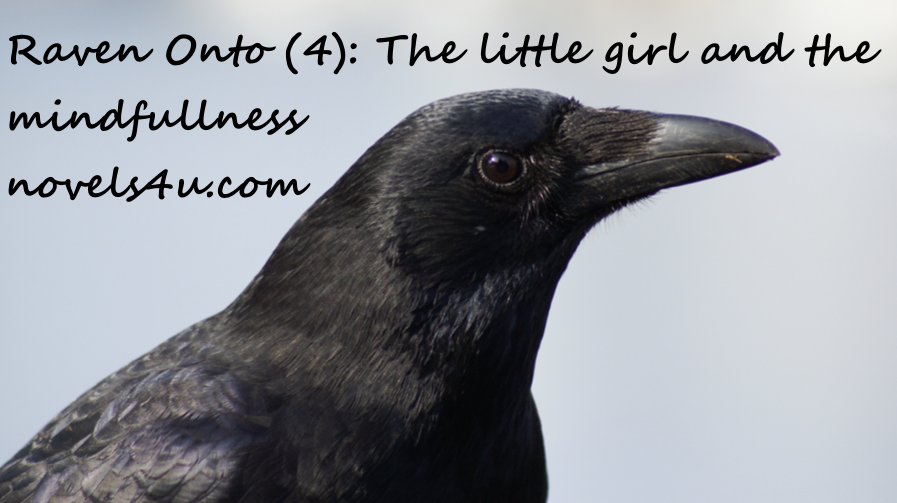 Raven Onto, as he was called by us, had settled in. He accepted his fate of temporarily being unable to fly, with admirable equanimity. After all, he could still go. He did. Curious and inquisitive about how intelligent beings are, he explored the environment, examined various materials on their resilience, preferably with the beak, so I was careful to leave no pillows or the like in places that are easily accessible to him were. After the first inner life of a cushion found itself scattered on the floor, I had learned my lesson. Whenever he got bored, and more and more often he did, he asked me to put him on my shoulder so that he could explore more. For this purpose, he sat down at my feet and croaked so long, until I finally understood. For People it is sometimes difficult to understand.

People are weird, he had to think, if he bothered to think too much about our species. Sure, I had helped him, but that was what ravens had done to each other, as far as it was in their power. A broken wing in the wild, that would have meant certain death. He, however, had escaped this fate. And now, during his convalescence, he was confronted with constantly experiencing other people in his immediate surroundings. There were first those who came again and again. They seemed happy. He had been introduced to them, but on the whole, they left him alone. And he them. He had a lot of fun when he was sitting on my shoulder and the messenger from the parcel service, Onto greeted with a hearty croak, whereupon this regularly gave a rather frightened sound. And then there were those who stopped by, stopped for a while and left the house again. These reacted completely differently to Onto. Some saw him and left immediately. Others were brash and went briskly toward him. He tentatively pinched one of these fingers. Of course, I tried to explain to the visitors that neither timid moaning nor foolhardy puffing was good. It made me realize how many people had forgotten the healthy, mindful dealings with each other. Should it not be self-evident that you approach each other carefully, carefully and considerately. But there seemed to be no middle ground. There was only frightened retreat or madness. People have forgotten what is natural for animals. Most, at least. I wanted to give up hope when little Lara came to visit.

Lara was five and was snowing in every few weeks, if she did not have a date. You would not mean it, but this little girl had a fuller schedule than many a manager. The dogs now knew her well, greeted her and lay down again. Onto was busy dissecting one of the dogs‘ bones when Lara suddenly stood there. I introduced the two of them, whereupon Lara looked at the black bird, gave it a short wave, then sat down on the floor with its signage. I painted with her. Not because I could, but because I enjoyed it and she did not judge my works. After a while, Onto came closer, watched for a while before examining the pens. The first he took in his beak broke, and Lara explained that he needed to be careful. Obedient, he took the next, and behold, he remained whole. Then the girl showed Onto what he could do with the pencil. He watched attentively, then started his first attempt to do the same. Cracked lines appeared on the note. Lara did not forget to praise the bird. And I have to admit, I was really impressed. Apparently little humans have not lost it yet, this fine sense of a healthy approach to each other. And when I read a story to Lara in the evening, it was Onto who lay down next to her and put his beak under his wing. Lara gently stroked his plumage. There were two who felt comfortable with each other. While they did not communicate in words, they understood each other better than many who could speak in the same language.