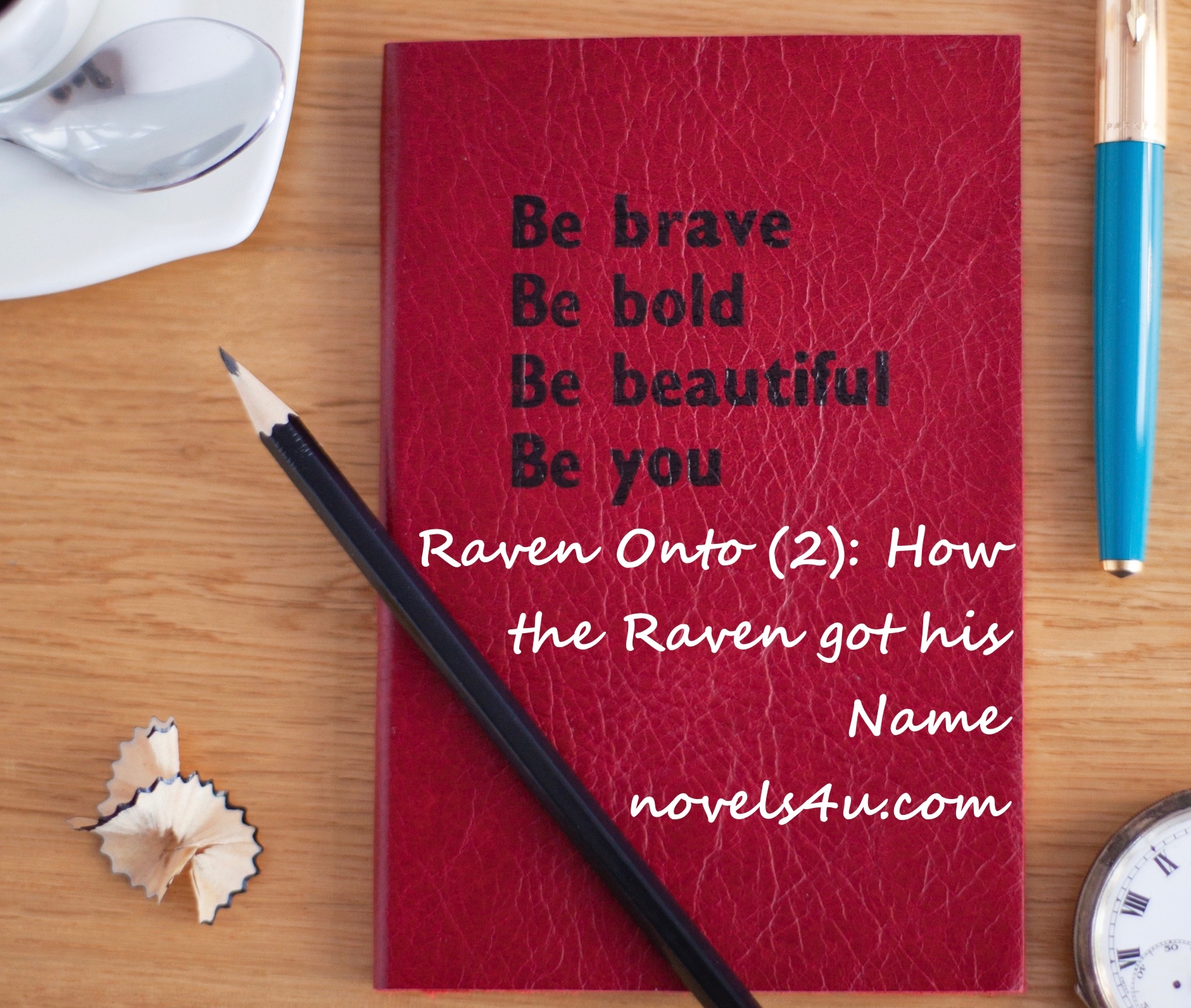 The raven stalked upright through our living room on the evening of the day we found him and had him taken care of. He had no name at the time. I watched him. Pride was the perfect word for the way he traveled. From time to time he paused. Then he stood there. It seemed as if nothing and nobody could drive him from his place. He would not give way. The dogs cautiously moved past him, acknowledging that he was standing there now. Simply stood, as if he was aware that he was simply being and was enjoying it. Being in a deeply ontological sense. Arrested for existence, rooted in the ground in life, being and becoming at the same time, remaining in being and growing in the liveliness. Ontology. I wanted to miss that, but then I remembered two things. On the one hand, he was still alone, a lonely, young raven man and on the other hand was already some time ago the being of the word gone, so the onto the logo, which is clearly noticeable in the reality of life. And I wanted them to come back together, like the raven boy with his girl. That’s why I called him Onto.

Onto lived up to his name. Like a tree in the middle of the field, existing, being out of itself, as it is roughly translated. And since ontology is the doctrine of being or about being, as it is said, it seemed very fitting to me. Onto actually means beings, which is fundamentally different. Being is the fundamental, the basis from which everything else exists, and this everything else is the existent. Being in his presence, in his various forms. Therefore, I have also stopped to sit at the breakfast table and ask myself while stirring the coffee, why is ever being and not rather nothing that ultimately brings nothing, not even the nothing. From that point on, I sat at the breakfast table or other rather quieter hot drink enjoyment occasions thinking that’s all beings, the table and the chair and you. How inventive is being. But what caused me a little grief was the translation of the logo with doctrine. Yes, of course it is true, but it also means the word, which is much more comprehensive. Word and being, that belongs together. The word that expresses being and being that flows through the word. This should be accompanied by a certain mindfulness of the word. But with all that did not exist, I was aware that the word had long since disappeared from being. Or the other way around. That’s not exactly true. So, I was determined to do my part to bring Logos and Onto together again. Like the raven with his future partner.

It all started with a firm point of view. As Onto insists on his place. Of course, you get in the way quickly. People have to pass by, that can be annoying. For whoever takes position today must expect to be considered suspicious. You make yourself tangible and therefore vulnerable.
„Why are you standing there?“ I was asked, „Do not you see that you are annoying.“
„Yes, I see that, but I will not stop because you have to learn about the suffering, the suffering of the animals in intensive livestock and the people involved in it. Not to mention the destruction of our environment,“ I explained. He then took the time to look at the pictures and the information.
„Then you should not actually eat meat, drink milk,“ he mused.
„That would be a logical consequence,“ I said cautiously, his eyes narrowing and he looked at me with open aggression.
„You stand there and simply incite me your lifestyle!“, he snapped at me, „But I know such as you, do not allow any other arguments and want to convert all. You are terrorists, yes, extreme, fanatical terrorists. „
„I’m standing there,“ I said just as he left and I thought, „How far apart the being from the word can be. The onto of the logo. „But unlike the raven onto, I had little hope that the two would come together again. But for the time being I decided to take a trip, far away from the places where many people would be, but not so far that there would be none. I decided to drive to Tschanigraben.