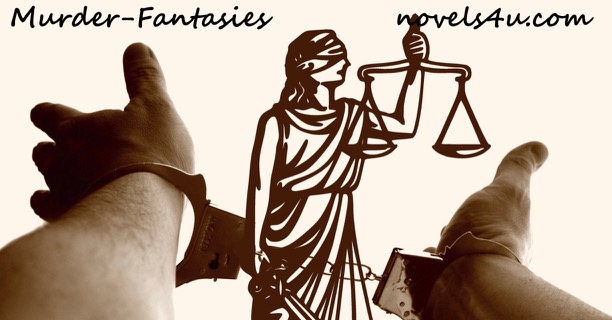 In ten minutes it would start. Nervously he looked at the clock. Where she just stayed? The hall was full and he had to go on stage, but he knew she would never forgive him if he did not greet her. At last the door opened and she walked towards him with a jovial smile.
„Hello darling, nice that you’re here!“ He said, aware that at least 30 pairs of eyes were pointed at them. He wanted to give his wife a kiss on the mouth, but she whispered softly, „Not really, my lipstick.“ Then she stepped back half a step and looked him up and down.
„You are already aware that all this does not fit, what you’re wearing,“ she said disparagingly. „Did you really come up with the idea to dress yourself? My God, what comes out of it, if I do not look at everything. Really, you cannot be left a moment alone. And your shoes do not fit. They are not even cleaned … „

His gaze and attention slid away from her lips, toward her neck, or more precisely to her larynx. Then he raised his arms and crossed his fingers, closing the remaining fingers around her neck. He just wanted her to shut up, finally shut up. In fact, her words and finally her breath died away. Her body became limp. He gently laid her down. Now it was over with the eternal nagging. He felt liberated, even as he sat on the watch waiting for things to come.

„Listen, why did you do that?“ His lawyer asked in private, „We cannot deny if you strangle your wife in public.“
„What’s going to happen to the house?“ he asked pensively.
„House? What kind of house?“ the lawyer replied irritably.
„My house,“ he replied curtly.
„Someone will take care of that,“ said his legal representative.
„I have to go to my house. Nobody will care, it will expire,“ he said, frowning. „If I tell the judge, he’ll understand. He is also a man and most women are nagging. He will understand. „
„I would not build on that,“ his counterpart said with a shrug, „But why did not you just leave her? Imagine that everyone strangled his wife just because she was nagging. Half of the women would have been eradicated, at least. „
„Leave?“ he replied irritably. „Then she would have kept the house and I would have gone out empty-handed. No, that did not work.“
„And so you go behind bars for years and it comes out the same,“ said the lawyer.
„Did your wife prepare her things for you?“ he asked as he studied the lawyer, his gray suit, the discreet tie, the light blue shirt.
„Well, she does that often,“ he said evasively, „but this is not about me, but about you.“
„I would never have left my house,“ he explained dreamily.
„You mean your wife,“ replied the listener.
„I’ll have to put up with that,“ he said unperturbed. „And now it’s going to be all over. What a madness. However, which way you turn it, if I wanted to keep the house, I had to keep her as well. What a tragedy. The tragedy of my life, of all our lives. You do not get anything from life without having to pay a much higher price. „
„But in case of separation, you could have bought the house or her half,“ the lawyer said, in all his ignorance and naivety.
“Buy from her, whit what?” he said, frowning, „She’s got the money from us, and even if she did, she would never have agreed, because she knows how much I’m attached to the house, but the judge will surely understand… „

„Tell me, are you even listening to me?“, her voice finally penetrated his thoughts. „And anyway, why do you always look at my neck, look me in the face when I talk to you.“
„Yes, darling,“ he said, smiling and humble. A seductive idea, this quiet, but it was really a very nice house. Therefore, he decided not to be carried away by something that would separate him from his house and instead to practice not to listening to what she said.