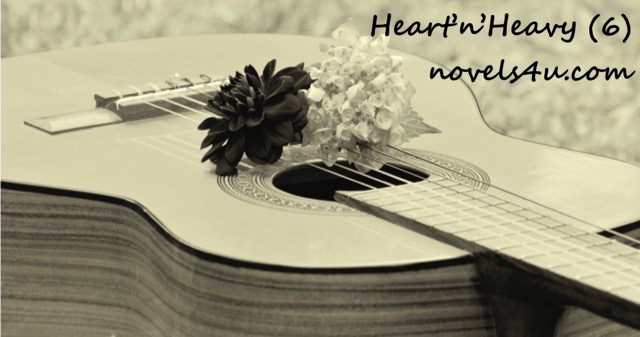 „So you’re afraid of a girl?“ Mike asked straight out. Yes, Mic was dressed like a girl with a dreass and pink accessories. Otherwise, she would have fit well into a „Heart’n’Heavy“ band, even in a duo.
„I’ve been wanting to talk to you about this for so long, but I did not know how,“ said Mic dejectedly, „and then I scared you too.“
Suddenly, so many things became clear that had not fit before, his feminine way of communicating, the way we had sex, his caring. It was just right. So, I broke Mike’s embrace and went to him to hug him. It’s good to know the truth.

And the truth was very simple. Mic did not feel well in his body for a long time, in himself. But he did not know exactly how he should associate this malaise. It was not until I gave him a show one day, as we liked it, to show the clothes I had bought. He really wanted to be a woman. Therefore, he secretly began to wear women’s clothes. It was the only time the malaise disappeared. But he did not know how to tell me how to tell me that I would lose him as a man.
„You’ve been more like a best friend than my man for some time,“ I said when he finished, „and I want nothing more than to make you happy. You can only be that if you feel good in yourself.“
„And what will become of us?“, asked Mike, who has not intervened until now, „I mean from our band.“
„As if that were a problem!“, I said firmly, „Then Michael becomes Michaela and even the name can be left, ‚Mic’n’Mike‘.“

Two months later, the two start in changing gender occupation and after Mic had always had more feminine features, he had mutated to a very handsome woman. Maybe a little tart, but pretty. It was a huge spectacle, but it did not detract from our success. On the contrary, the reactions were – with a few exceptions – extremely positive. Many, thanks to Mic, found the courage to come out to see that they underestimated their surroundings. At the end of the first gig Mike brought me to the stage, for the first time in all those years.

„This girl here is to blame for being able to focus on our music,“ he began with his praise and a collection of words I did not think he would, „No one sees, but nothing would work without them , And by the way, she is the woman of my heart,“ he turned to me, „I love you,“ he said so that everyone in the room could hear and have to hear. I hardly trusted my ears. It was the moment when I did not know one from happiness. It overwhelmed me, carried me and again my senses disappeared and a wave brought me to faint. I knew Mike would catch and hold me. And he did that too. It was wonderful. Although I lost my man, I won a best friend. The man who had been secretive in me for so long had confessed his love for me and the band ran better than ever. These were the first thoughts that flashed through my head as I slowly came back to myself, on the couch in the dressing room. From then on, I could hardly wait for us to finally retire to our room.

Mike was a man of action, I already knew that, but as soon as the door was closed behind us, he came to the point with no fuss, strong and masculine and blunt. It did so well, that strong grip, that unmistakable wanting, that my senses faded again with excitement, and when I came to, I felt his muscular body naked on mine. What a heady feeling.

And for those who may now have the impression that I am doing nothing but steadying my senses and fainting, let me tell you that such eruptive events can upset the delicate balance of the emotional inner life of a girl. Fortunately, they do not happen too often, and if I do, then you are allowed to faint, preferably in the presence of a strong, male gallant.