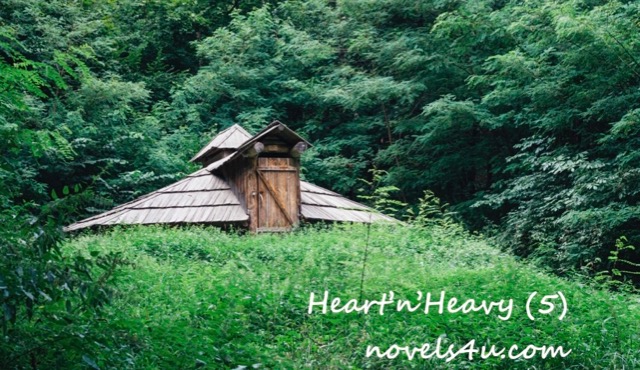 With open mouth and disbelieving eyes, I realized how my previous life crumbled. At last, Mic realized that I was there. His expression was furious as he looked at me piercingly. Excessive fear buried me and every clear thought. „I have to get out of here“ was the only thing I could think of. As fast as I could, I ran out of the house, jumped in the car and drove away. I did not pay attention to where I was driving the car. All I wanted was to leave that behind, as if I could reverse the fact that I had seen the man I had known for so long and with whom I lived in the smallest of spaces as he did at that moment. I could feel the tears streaming down my face, tears of fear, but also the anger and desperation over fate or whatever that had taken everything from now on. At least that’s how it seemed to me. Only when the engine began to stutter, I came back to myself. Suddenly the car stopped and could not move an inch more. Headless as I was, I jumped out and ran directly into the forest, meaningless and above all aimless. What did I want here? Like a little girl, I just wanted to hide. Then everything would go away, because what you do not see, that does not exist either.

So I stumbled to myself, just farther and farther into the forest, where he would not find me, if he pursued me. At last I discovered a hut, a lonely, desolate hut so overgrown with trees that one could easily miss it. This cabin seemed to me the ideal refuge. With trembling hands, I pushed the latch down. Contrary to expectations, the door was very easy to open. I hurried in and carefully closed the door behind me. The hut itself was almost dark. The trees took the light and only occasionally narrow stripes fell through the windows. I took two or three steps cautiously forward as a figure peeled out of the twilight. „That could not be,“ it shot through my head, „That could not be, how could he …“ The scream, which was pinned until now, escaped from my throat. Then my senses disappeared and a blissful, fading faint enveloped me.

Blinking, I looked into the dim light as I came to myself again. A tall, broad figure sat next to me by the bed he had apparently laid me on. I could not see more than outlines, but I recognized the voice immediately.
„It’s all right, you’re safe,“ he said reassuringly.
„Mike, what are you doing here?“ I asked, in a rough, brittle voice.
„More interesting would be what you do here,“ he replied. That reminded me of everything, the scene in the study, Mic’s angry face and what he looked like.
„I cannot … He wanted … I was so scared …“ I stammered incoherently to myself, whereupon Mike simply hugged me. It was good to be kept simple and not have to talk. Do not talk once.

Then the door opened again and I crept even more into Mike’s arms when I realized who it was.
„Please, please protect me,“ I whispered, somehow pressed against him, barely recognizing my own voice.
„What should I protect you from?“, he replied, and I knew he was grinning, broad, without having to see it.
„He wants to do something to me, I know it,“ I replied, „I saw it in his eyes.“
„Darling, that’s the last thing I wanted,“ Mic said, evidently as he was as I had seen him, broken open, which of course added to Mike’s amusement, „I wanted to explain everything to you, but you’re head over heels.“
„Explain?“, I thought and tried to visualize the scene again. Then I realized that he had not looked angry, but the light had drawn this ghostly grimace. The rest was my interpretation. But what else should I think given what I was commanded to do? Slowly my tension eased off and I looked at Mic, the man I had known for so long and of whom I still did not seem to know anything.