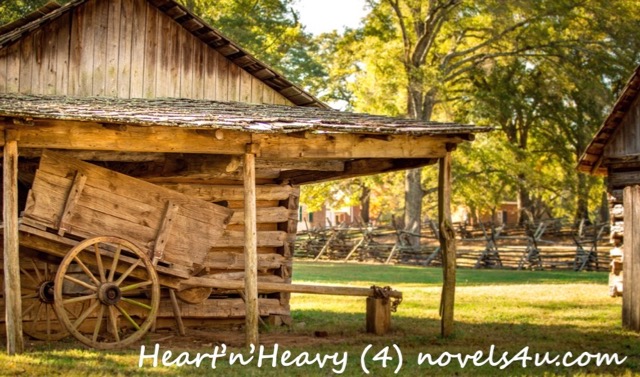 Arrived at our retreat, place of rest, gathering, maybe a little escape from the world, which had held us for ten months in its spell. Mic and I lived in a small cottage next to Mike’s on the outskirts. Lead fatigue descended on me as I opened the car door and got out. While driving, I did not notice, but now that I did not have to concentrate, the body took its toll. The new day has already begun. The birds were chirping and I just managed to wake up the boys, then I sank into bed like a stone. When I woke up from a death-like sleep, it was already late afternoon. It took me a while to realize where I was. Finally, at home.

„Good morning!“ Mic greeted me with a wink and a fleeting kiss when I found him in the kitchen, „Did you sleep well?“
„Like a dead woman,“ I said, sneaking furtively in the direction of the pots, „What’s good?“
„Curry Vegetable Wok,“ he explained, „I thought I was doing something simple.“
„It’s a great idea,“ I said, realizing I was hungry, „you’re fine with me visiting my mother tonight so she knows we’re back.“
„Of course I am right. Look at your mother as long as you have one,“ he said quietly, but I knew that he had never really wounded having lost his mother so early. He had just turned 15. Gently, I embraced him.
„You’re right,“ I said as my hand ran through his hair, „you do not appreciate it so often until it’s too late.“ It’s good to be understood. Mic and I always understood each other, discussed everything. I had liked that from the start, but there were also moments when I thought you could be like a normal man, uncomprehending and monosyllabic. A woman who tears everything apart and chops and chews is ok, as long as there is a corrective in the form of a man who puts an end to this persuasion. But if both act so feminine, then sometimes it can be already tedious. Just like a best friend. In recent years, this aspect has come more and more into the foreground. Nevertheless, I still thought, he is just as he is and that’s exactly how you wanted it. I wanted, that’s true, but only with time did I realize what that meant. A small, wild yearning arose again and again, looking for a man who grabbed and did not talk about it for long, who did not look at all sides ten times. But I always managed to suppress this yearning. Involuntarily my eyes fell through the kitchen window, through which I could see to Mike’s house and there she was back, that yearning, this small, secret longing, which I did not concede, because she was not allowed to be. Painful and sweet at the same time it was. Still I held Mic in my arms, who had snuggled up to me, as if he would otherwise get lost. Would he really get lost without me?
„It’s okay,“ he said at the moment and pushed me away from him, „Let’s eat something and then you should drive, so you do not come too late.“
„Are you sure? I can go tomorrow, too,“ I said, a little unsettled because I was not sure if it was good to leave him alone now.
„Yeah, I’m sure,“ he told me and it sounded convincing, „I’ll clean up the kitchen and then read a book in peace. Since you would disturb me anyway.“ He kissed me on the cheek and pushed me unmistakably in the direction of the door.
„Well then enjoy the evening,“ I said, grabbing my bag and leaving the house. A short time later, I realized that I had left my cell phone. So, I turned around and drove back. When I entered the house, it was strangely quiet. I took a look in each room. I should have called Mic the way I was used to, but for some reason I did not. Finally, I opened the door to the study, which was carefully darkened. The only source of light was a small reading lamp. It took a few moments for my eyes to get used to the diffused light. And when I saw Mic the way he was, I froze in shock and surprise. A scream was about to be released, but it stuck in my throat. I just could not believe it.