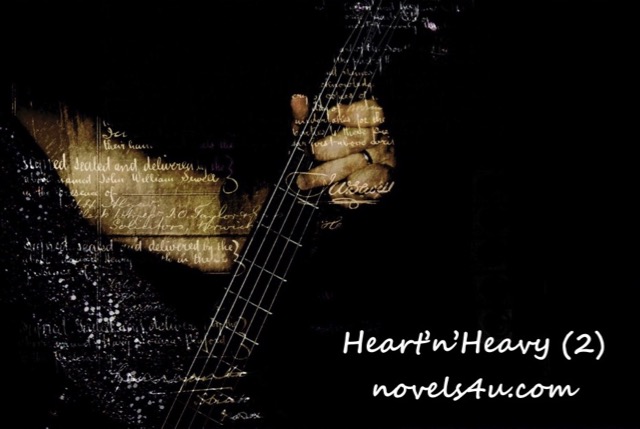 „Heart’n’Heavy“, as they called themselves since their band foundation, had been a recipe for success right from the start. Whereby the band sounds rather exaggerated, because in the end it was a duo, „Mic’n’Mike“ as they called themselves. And that out of embarrassment that they both had the same name. They were named Michael. Since elementary school they knew each other. On her first day of school, the teacher had said that they should sit down as far away from each other as possible so they would not get the idea that no one was appealing when they called one of them. Whether this was causally related to the name equality or resulting from the joint action against the teacher, who wanted to separate them necessarily, is hardly more doubtful to determine. It was undeniable, however, that they immediately understood each other and became and remained the best friends. Together they brought the school time, the excesses of puberty and even the military service behind. They probably had little left out, as I could guess from so many anecdotes that I was given over the years to the best. But most of all, they started to make music together. At first just for fun and for themselves, little by little, it pushed her onto the stage. But where should they position themselves musically?

Both of them were tall, with Mic, the first Michael being rather slender, with long, tender fingers, which caught my eye first, and Mike, the second Michael, was broad and sturdy. Therefore, Mic was also more responsible for the soft tones and Mike loved the speed and the lute. After much back and forth, they came up with the idea to combine the best of both worlds, just „Heart’n’Heavy“. Actually, a compromise, which turned out to be forward-looking.

„Only 500 km,“ I thought, after looking at the odometer reading. It was a pleasant ride on a balmy June night with little traffic. „Only 500 km left, then I can fall into my bed,“ I specified the prospects, which motivated me in addition. I was so tired of the endless, eternally same, sterile hotel beds at the moment. It was the first night with Mic, our first night together, happened in just such a hotel room. But that did not matter to me then. Strange how life plays. I had not planned it, not even thought it possible, because I was so different from all the girls who were so obviously applying for the favor of both of them. Mike liked to talk about it, but Mic realized that these girls simply had the triumph of getting a musician to bed. Typical groupie behavior. Nevertheless, I was convinced that the boys preferred such girls. Had today, forgotten tomorrow. Just as they were in one place today, the next day at another. How much I was blinded by my prejudices. I could only persuade myself that I did not keep them up to bending and breaking, but let me teach them otherwise. It all started with one of her first appearances at a small eatery in a remote village. Actually, I wanted to be somewhere else this evening, but after my former friend had dumped me, pretty rude, my girlfriends had no time and I had no desire to stay at home, I decided just go there once. As much as I quarreled with fate back then, I was so grateful to him in retrospect, but what happened then I could not even have imagined in my wildest dreams.

When I entered the bar, they were tuning their guitars and I was rather skeptical. What could happen to good in such a dive, who would get lost here, who only halfway what could. But already the first notes taught me a better one. It was the perfect match between heart and strength, just „Heart’n’Heavy“. After the concert we sat together. From this evening on, I was present at every performance and did not fail to invite people that I knew, but the detailed conversation afterwards, which was beyond a certain audience size, reserved for me. Especially Mic was happy about my feedback. Those were the beginnings, and I was there, and Blondie saw with increasing suspicion how our friendship became closer. I did not notice, at first.