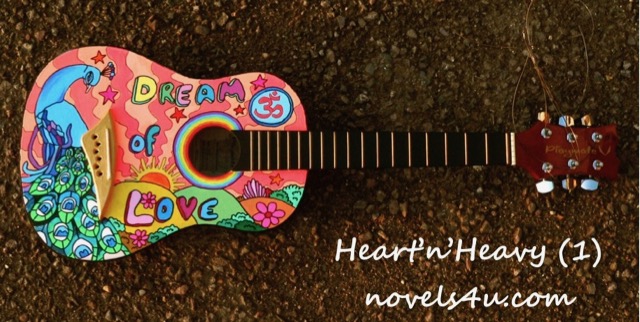 „Just 700km,“ I thought, to motivate myself, „700km and we’re finally home.“ At home? These were two remote houses in southern Burgenland. We retreated there when, after a ten-month concert, performance and publicity marathon, we embarked on the two-month summer break. That sounds like a lot of fun, especially if you love the music and also the whole circus all around, but eventually it just gets too much. The last gig before the break was therefore always one of the best, because then, you knew, you could leave everything for a few weeks and enjoy the peace. Two months retreat. That was just so long that in the last week it was already tingling again, finally get away from the wilderness, into full life. That’s the way it should be. That’s exactly how I wanted it, and the two men sleeping in the back of the tour bus thought the same thing. They deserved it after this gig. Playing for three hours and then adding one after the other, as if people were afraid it would be their very last concert. Of course, it had been announced as a farewell appearance, but how quickly one skipped the small print „Before the summer break“. Could also be that I had forced a little bit. But after a few years in this business, you knew the rules of the game and followed them.

The two guys were certainly not bad with me, I determined – with all necessary modesty – for me. Since I took the management in my hand and thrown Blondie out, it went very well. Where management sounds a bit grandilatory. I was just the girl for everything, taking care of the performances, the promotion, the publicity and the fee. But the guys could concentrate on their music. It had been very different with Blondie. Of course, she had a name, but I had forgotten or repressed it. Anyway, when I first met them four years ago, it was just that lady who managed her. Or she claimed it. It was only too obvious that she did not do much more than collect a fat bounty and be pretty. „Listen, boys?“, I said at the time, „What is she doing but being there and being beautiful?“ For a long time, she had managed to persuade these great musicians that they needed them because they did not understand business. There was not really much progress, and when asked, she was talking about market conditions and all sorts of things. But what could one expect from a woman who made herself ten years younger and had her face sprayed all the time. „Soon she will look younger than her own children,“ I interjected. But when she flashed off with the boys, it was all over with the work ethic. Sure, she was married, but she needed the permanent confirmation. If she swung her buttocks and boobs like a teenager around the stage, one could feel sorry for her. A terrible burden, when the most important thing in life was to be beautiful. Then the ravages of time began to gnaw and you had to invest a lot of money to keep the bill alive. There was not much left for other things. In addition, one had to constantly fear that a younger person emerged who threatened his own status. An eternal fight.
„And what should we do without her?“ I was asked.
„Looking for someone else who also does something for his money and knows something,“ I explained straight out.
„What about you?“, was suggested to me, „You have been to many concerts, know us and our music. Do it. And the evening when Blondie failed, you did a fantastic job.“
„As good as she is, I’ve been able to do that for a long time,“ I said, „Ok, I’ll do it.“ And my new managerial job began with the thankless task of telling Blondie that she was no longer in the game. I’ll never forget the scene, as she raged off, forgetting, without forgetting the jerking of her bulging breasts, though she did not fail to assure me that „Heart’n’Heavy“ would go down without her brilliant accomplishments. Whereupon I merely replied that it would be worth a try. I should be right.