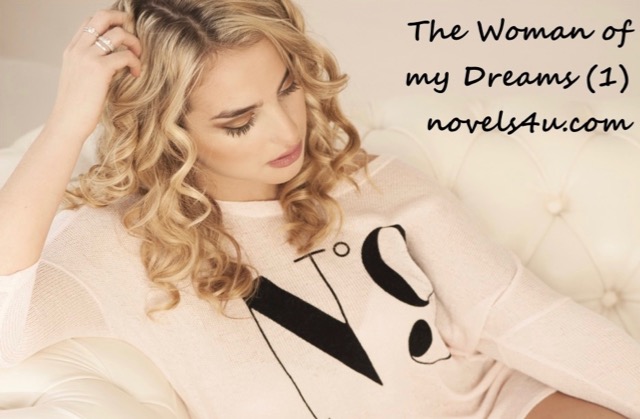 Pensive, I sat in the armchair in the conservatory of our house, enjoying one of the rare moments of silence and tranquility, and even rejoicing in life, as that day stole into my thoughts, which was to change my whole life, the day on which I was born woman of my dreams met. What is more, the woman of my unimagined dreams, for never would I have thought it possible, not dreamy, that such a being should walk on earth. In the course of my almost three decades of life, many very respectable women have crossed my path. Some of the noblest have literally thrown themselves at my neck, for, tall and well built, with dark hair and eyes, I am not unlike an Adonis. Or he me. In addition, I was successful, but was only at the beginning of my career. The only flaw that clouded the overall picture was my name. My name is Caspar, which had to do with one or the other vulgar joke. The ladies never bothered that luckily. On that day, I had just completed a particularly lucrative business and was lost in thought on the way home, still in doubt as to how this event could be duly celebrated. My phone rang.

„Hello Balthazar,“ I greeted my very best friend, „What’s up?“
„Hello Caspar,“ he countered my greeting, to immediately come to his request, „Listen, I have a problem. One of my most important clients invited me to a soiree. As important as he is to business, he is as impossible as a human being. Still, I have to go. You understand that? „
„Of course, I understand that,“ I confirmed. „But what does that have to do with me?“
„I’m allowed to take somebody along, so I thought of you. Then it will be funny in spite of everything,“ he answered succinctly. And so, we met two hours later at his client’s house.

About fifteen people populated the expansive dining room, stood around in groups and held muted conversations. A very strange mood that prevailed in this room. It was more like a funeral, than at a soiree, but my good mood I did not let me take. Alone because I had to build Balthazar. I was his rock in the surf. Then the host entered the room, whereupon Balthazar pointed me out. A man, tall and broad like a bear, with a thick beard and eyebrows. With a lot of hair on his face and on his head, hardly anything could be seen from his face. Nevertheless, I immediately knew what my friend meant when he spoke of how impossible he was as a human being.
„His name is Mandl, Melchior Mandl,“ Balthazar whispered to me.
„Now we’re finally complete, Caspar, Balthazar and Melchior,“ I replied just as softly, struggling hard not to break into a loud laugh. But only a moment later, the laughter died by itself. What’s more, it stunned me and made me crazy because the door opened once more and she entered the room. No, calling it „enter“ would be degrading to such a supernatural creature. She floated angelically into the room. Immediately all conversation stopped and all eyes were fixed on her. Everything around me disappeared and it seemed to me that only there was more in the world. Her blond hair surged over her narrow shoulders, her gentle blue eyes downcast like that of a shy deer in the middle of a smooth face sitting on a slender neck. Dainty was her physique, like the finest Chinese porcelain, crowned by flawless, large, round breasts. I’m not ashamed to admit it, I fell for her from that first moment. From now on she would forever dwell in my heart and mind, the woman of my unimagined dreams, an angel who had descended from heaven and lost herself in the depths of human dullness. What an aberration. For a moment, she just lifted her long-eyed eyelids and her eyes hit me. And how it met me. Balthazar had to hold me, otherwise I might have fainted.
„Pull yourself together!“ he whispered to me unmistakably, „This is the wife of my client, Elisabetta Mandl.“
„Elisabetta,“ I let the most beautiful of all names melt on my tongue before I realized what Balthazar had said. This most wonderful of women, this angel was married to this vile beast. What a destiny.