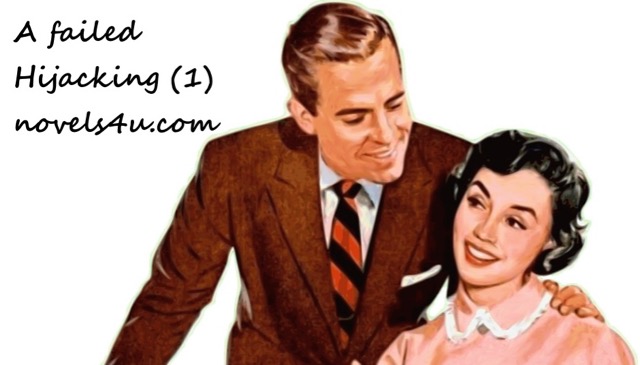 Paul was a good Boy. So the tenor of the aunts, whose opinion had immense weight. Likewise, the great aunt. It was a statement and a judgment. Because Paul was and remained a good boy. So, he grew up, carrying the verdict with him until he grew no more. He stopped earlier than his friends. Then he also got a pair of glasses. That sealed his fate. He became an accountant. A good boy, well behaved, reserved and modest. As you would expect. Everyone was satisfied, so Paul himself thought he would be satisfied if he left the house early in the morning with the obligatory briefcase under his arm and returned home in the evening. If that had been all, you would not have to worry about Paul, because his life was calm and free of friction. But that was not all, because Paul had a secret passion. It was so secret that he forgot himself when he was out of the house. An outdoor amnesia, so to speak, but as soon as he was in his four walls, he remembered, and he indulged in that passion.

Paul’s passion was movies from the ’50s and‘ 60s, old Hollywood ham, in which gentlemen appeared with perfectly pomaded hairstyle and perfectly fitting suit and ladies with equally tight-fitting hair, pretty dresses and pumps. In the evening they threw themselves a stole and let the car door open from their gala, which was necessary because they had to hold the stole with one hand and the hat with the other. How they managed to drape their dress properly when putting it in, he never found out. The filmmakers diligently left that out. In summary, the ladies were consistently charming and the gentlemen gallant. No matter what they did, tie and hat always sat. So, Paul sat in his living room and watched these movies. After a few years of devoted respect, he could confidently call himself a connoisseur.

Initially, all American movies from those decades of the previous century were indiscriminate, and there were a few that he looked at, so certain preferences crystallized over time. Or rather, a fondness for fainting ladies. Once he wanted to experience that a woman, so he began to dream, fainted in his presence, he could catch them gallantly and take with him. In his naive thinking it seemed to be a foregone conclusion that he would win the lady as a prize. He did not want to climb the metaphor of hunting. But however, one wanted to see it, wanted the opportunity and did not want to adjust. That’s why Paul quarreled one evening, after the film show, with fate. Why did this happen in movies all the time, but not in his life? Of course, he was aware that the movie was not life, but many components overlapped. The hader stopped when he went to sleep, during the night, until he came up with a cognition Eureka at the first cockcrow cry, pardon alarm clock-ring. He just had to help fate a little bit. That’s why the good boy made a plan. A few days later it was standing, the plan, and Paul could set about putting it into action. It was a simple plan, because the easier it was, the fewer vulnerabilities he had, as he knew from accounting. All he needed was a van, a vial of chloroform, and a cloth. What was clear from the start was the goal of his attack, namely the Lisi from the Human Resources Department. Every morning he saw her tripping gracefully across the parking lot, repeating this in the opposite direction in the late afternoon, always at the same time. Reliable as the clock, she was the Lisi and so graceful. In short, a woman who he could imagine was able to hold a stole and a hat at the same time and drape her dress handsomely.

So one could observe on a Friday afternoon, when one was aware of what few people in the big city could claim to be holding a van with closed rear windows in the street that the Lisi passed on their way home. Paul had thought it through carefully. Nothing could go wrong.