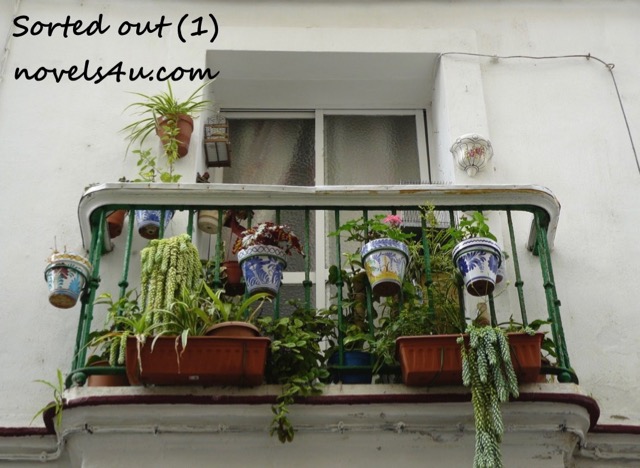 Lena sat on the bench in the park and did not know where to go. She had had a home for 50 years and suddenly, overnight, she was sitting in the street. Your home. Actually, it had been nothing but a room with a kitchenette and shower and a balcony that had given her control. A small, modest room, but it was hers. Over the years she saw it that way. When she saw her plants growing on the balcony, the tree in front of the balcony, a mighty beech, she was happy. She did not need any more. At 15, she had come to the service. A young, frightened girl from the countryside.

„Magdalena is your name?“, her mistress had said, a strict but just lady. „We will call you Lena. Such a name is not for the staff. „
She had been a good lady. A real lady. Lena had done what was needed. The kitchen scrubbed, the house kept in order, the children guarded. By and by came the children of the lordships. Then the grandchildren. And when they were grown-up, the first generation passed away, they thought that Lena, who now only did little helpers, was unnecessary. Superfluous. They had a cleaning lady come, who worked much more efficiently. Was eaten constantly abroad. That would not have happened with the old rule. But now it was like that, and they thought the young people Lena had raised so devotedly were superfluous, unnecessary ballast. She wanted nothing more than her room, the plants on the balcony and the beech outside the window. The beech disappeared first. But not only the beech tree, as Lena noted during her walks, more and more large, old trees fell victim to the destructiveness of the city planners. Year by year it was getting hotter in the city. Was that also related to the lack of trees? The trees took away space that was needed for traffic. Lena took away the space that the people who owned the house needed, even if it was huge. And her modest room made no difference. So, she sat overnight with her few belongings on the street. Sorted out. Nobody needed her anymore.

There came a woman on Lena, who pushed a little girl in a wheelchair.
„May I sit down with you?“ the mother asked.
„With pleasure,“ Lena replied with a smile, „May I ask you why the girl has to sit in a wheelchair?“
„Open back,“ explained the mother, who looked tired and exhausted, „It’s so bad that she cannot use her legs.“
„You look tired,“ Lena said, and the young woman felt the compassion that spoke from it.
„Is it a miracle?“, she replied, „I’m completely on my own. Isabella’s father, my daughter’s name, left us relatively soon because he could not cope with the burden. „
„You mean he was overwhelmed with the task?“ Lena asked.
„No, he did not hold the refusal. Friends turned away from us, even their own family. There was always the mute charge of why I had kept the child. It only does work and will never be usable. Useful. As if a human being were just about usability.” said the mother, „and then there was the feeling of failure, not having been able to conceive a healthy child. He could not stand that. Then we were completely alone.“
„Just like me,“ Lena said involuntarily.
„What do you mean?“ the mother asked.
„I am old and no longer usable. I’ve served for 50 years and now I’m sitting homeless on the street,“ Lena explained. Then the young woman ventured a push.
„I do not know who you are, but I feel a bond between us, and my daughter seems to have taken you immediately to heart,“ she began, and indeed Isabella had seized the old woman’s hand and smiled at her, „I want you to suggest. I have an apartment that is much too big for us, actually. I would have to go to work, because the therapies are expensive. But I cannot leave Isabella alone. It is necessary that always who is there. The public support I receive is minimal. I could go to work, it says. If you move in with us, you would have a home again and I would have a person to whom I can entrust my daughter. That would help both of us.“