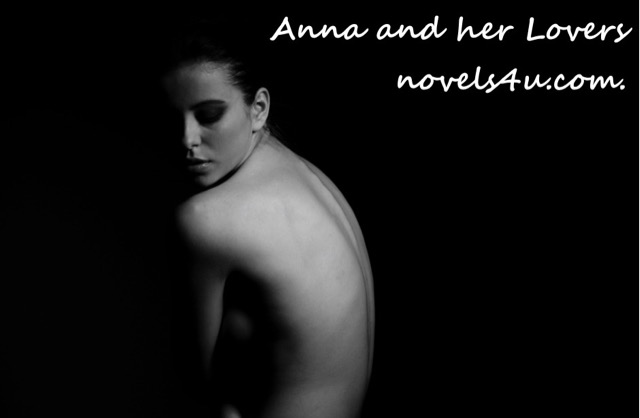 Anna was independent, both financially and emotionally. Her life was filled with activities that were not only fun, but also made sense to her, from her point of view, accompanied by good friends who shared her views and values. So, she did not have to get additional confirmation by putting a man on her side. What’s more, she had neither the time nor the patience for a man who shared her life permanently. On the other hand, she had fun with sex. This put her at first in a dilemma because she had grown up believing that being a decent girl was not just having sex for sex and not seeking a relationship. There was little chance of finding a solution to this problem until the day she dared to go beyond her own limited horizon of thinking and become aware of herself as an independent, and thus free-thinking, woman not necessary to submit to traditional conventions.

Anna threw overboard the idea that good sex meant a relationship. „Nobody can forbid me to just have fun whenever I have the time and the desire to and stay independent also,“ she said to herself. So, she decided to find a lover. She was realistic enough to admit that you do not just snap your finger like that and the suitable candidate stands there. She was absolutely right. She did not even snap her finger, they were there as soon as she was ready and signaled. It was probably because she was authentic, open and untamed. She did not have to spray her face until her own wax figure looked more real than herself. Nor did she bitchy if he forgot her birthday or did not notice she was at the hairdresser’s. And least of all, he had to fear that he was under constant observation. There was a time together and what was outside of it did not interest her, nor did it matter to him what she was doing. It was just two adults with a clear agreement. Of course, it was inevitable that one or the other of her lovers was married. At first, she had moral scruples, until she realized that it was his decision and therefore his problem. Moreover, it was even beneficial to them because, of course, these men placed a high value on discretion, which was in their favor. After all, her love life was none of their business. Yet all these relationships, positive as they were for both sides, had an expiration date. That always had the same reason.

Anna enjoyed the time together. Most were only a few hours. Then they got dressed and went back, each into his own life. So, it was agreed, and so it happened, until the day when the masters of creation felt compelled to complain about the spouse. At first, Anna had decided to listen to the jamming because she did not want to appear heartless. Until she got two more important insights. First, it contradicted the agreement, which meant leaving normal life outside and just having fun. And secondly, she was the lover, not mom and still less soul-comforter. That was not her job. In plain language quite clearly she explained to each bedfellow then, as sensitive as possible, that he should clarify his problems with his wife and these would have lost nothing here. Nevertheless, it was also the moment in which said gentlemen regularly turned away from her, not without first accusing her of being bossy and cruel. This led to a further realization.

If a woman already has sex without being burdened with love, that is, having sex like a man, then she can only be forgiven for that, if she showed herself sensitive, sympathetic and romantic, as was expected of women. And she also decided not to submit to this dictation. Lovers changed quickly, because the freedom to shape their lives, as she imagined and wished, was what she wanted, and that would not be ruined by any man in the world. But who knows, maybe one day someone would come along who would support that. Living and fighting together. Who knew that?