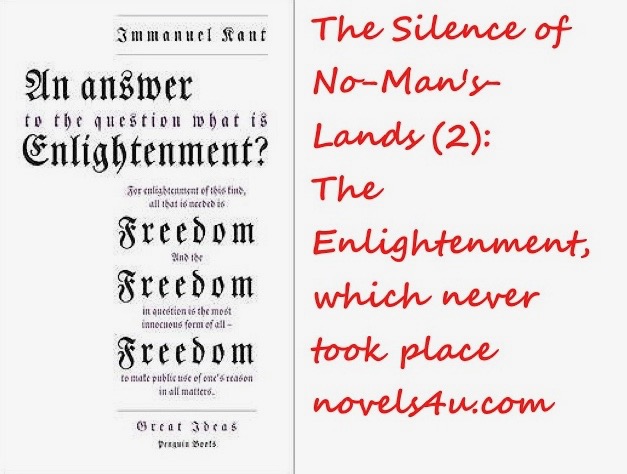 Now it is different. Europe united, it was called. There are no limits, it was said. Nobody bothered to remove the fences. The no-man’s-land stayed between barbed wire and barbed wire. They do not exist anymore. And if they do, then they have no function. It is said, but in the minds they stayed. We here, the others there. It’s always about us and the others. There are no longer the others, we are told, only more we. United by the sacred bonds of economic interweaving. Civilized. World-wise or better European-style. But what does that bother him who still plows his field? A wall all around. Not with spikes, but opaque. The difference begins with the neighbor. A wall has to be pulled. The great is repeated on a small scale. To the smallest. To the heads. You got used to it. To the walls. The farther, the more global the world becomes, one might think that the narrower and more regional the thinking becomes. It’s taken out of hand. It is none of your business anymore. It does not count. That’s why I plow my field. Only that. The great vision of togetherness has failed. At the disempowerment and the intellectual neglect. The threads are in the hands of the oligarchs. They determine politics, tell them what they are allowed to do and what not. There is no entry or view. Therefore, the European middle-class retreats to the Biedermeier decency. There is nothing more to do. Only build additional barbed wire fences. With more no-man’s-lands. With more silence of no-man’s-land. A bulwark against the onslaught from the outside. Against the losers of our free trade lies and export climate change. They should stay where they are. It’s not our fault. Everyone is responsible for themselves and themselves the next. That it burns there and not in Europe, we cannot do anything about that. They come only to undermine our values. Values, such as Schnitzel and beer. Or enlightenment and French Revolution?

„Sapere Aude! Have courage to use your own mind! „, Immanuel Kant sounded from Königsberg in 1784, thus ushering in the Age of Enlightenment. Enlightenment, as the outcome of man from his self-inflicted immaturity. Make a stir, hear and disappear in the annals of the libraries and the dusty education canons. From time to time, while the wars were waged over the centuries. The winners took the map and drew strokes, pretty, red strokes. As if it were a game board. Geographic mutilation. The map shows no people, no lives, only hills and valleys and rivers and villages and towns.

In between, a dash. Sometimes just a river along. What would have been with Kant if he had not been born in 1724 but in 1945? Not born in Königsberg in East Prussia, but in Kaliningrad, as the capital of a Russian enclave? Would there have been a Russian Enlightenment, and not a German one? Arbitrarily, the victorious powers draw walls, even around the maturity of the people. Make from Prussia Russia. Share and share Poland. Sharing between places. Who was just my neighbor is suddenly a stranger. Beyond the fence. A simple, harmless, innocent red line on a map. On a scale of 1: 30,000,000. Like a game. Children scribbling on a picture. It is not clear what happens from the satellite point of view. Not even from a bird’s eye view. Only when I make the effort to go through the place. Separations, by countries, districts, places, by families, friends, communities. A bridge that suddenly cannot happen anymore. Because there is a barbed wire now. Here and there. In between, no man’s land with its silence. Also, the bridge. The nothing connects, and Kant’s reputation is swallowed as well as the lack of understanding about the separation. And as values, Schnitzel and beer, which we do not allow to be taken away from, remain of no one, instead of the Enlightenment. Something has to connect us. Values that are meant to create fellowship that are constantly invoked and never named. Maybe the French Revolution?