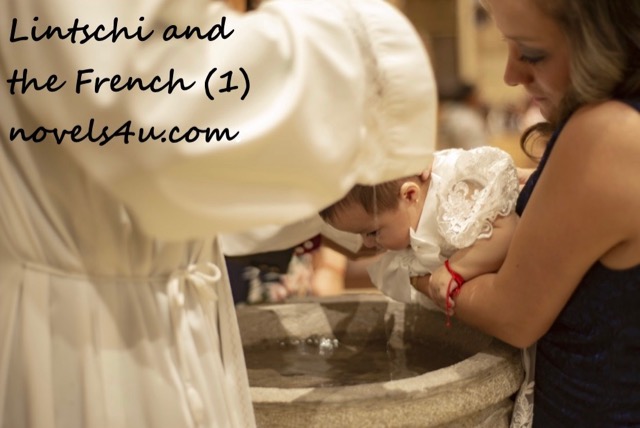 After being born in the small village, called Tschanigraben, in Burgenland, the question of the baptismal name came up. Every child needed a baptismal name. That’s the rule. Not a first name, but a baptismal name. At that time, it was still so that one could not give me nothing, nothing to give you a name, as it was so popular, possibly even a foreign one. „There be the Lord God before“, The old women used to say in the village, when they sat on their benches and adjusted the headscarves. A decent woman wore a headscarf when she got married. Above all others, „let the Lord God be before“, As already mentioned. As often as this sentence was repeated, one could already wonder whether the „god“ would have any time for anything else than to be „present“ somewhere. On the other hand, that would explain why he excelled at non-dispassion and disinterest in other things. But even before such thoughts, the good Christian women would have said, „be the Lord God,“ as we already know, „before.“

At the birth of the little girl, as one immediately realized without any doubt, so that it was a girl, „the Lord God“ was undoubtedly „before“, because she got the baptismal name Karoline. After nobody had anything to complain of, either from the actual relatives, or from the merely married, and still less from the gray eminences on their benches and with their headscarves, the baptism could take place solemnly. To take part, even the women left their benches in front of the houses and exchanged them for those in the church, not least to have a good time at the subsequent banquet. So, everything had its order, in Tschanigraben in southern Burgenland. Of course, even this place was not spared by scandals. Small as it may be, here too there were illegitimate children or wild marriages or children with foreign baptismal names. But if one holds together, one can even withstand the most severe shocks, be they moral or social or social-moral, almost without damage. Karoline grew up and did not know her baptismal name for a very long time, because it was common practice to call her Lintschi. It was not until she came to school that she got to know her true name.

„Can you write your name?“, She was asked during the enrollment or the aptitude test to what she well-behaved and obediently „Lintschi“ painted on. Puzzled, she looked at the woman teacher, then explained that she was called „Karoline.“ What a realization, just after her sixth birthday. She had almost been introduced to herself. Postal, little Lintschi questioned her mother, who answered succinctly that it was always like that, in Tschanigraben and therefore probably in the whole world, and that „the Lord God was to be before“ to hold it different. And little Lintschi-Karoline found that way. Visited as such the Primary School and Secondary Modern School, as it was then called, before moving to Vienna with her parents. Her father had found work after a long stay at home. He had always said that there was „the Lord God before“, before the move to the capital, but in this case, the Lord had apparently omitted. It was agreed to be in the 12th district of Vienna. At first, they drove home every weekend. Also because of the relationship, the actual more than the merely married, but that was in a place like Tschanigraben almost in a wash up. Little by little the visits became less frequent, while Lintschi completed an apprenticeship, went into working life, made friends and got married. If she had previously been called Strobl, then she became a Pospischil. Only the Lintschi stayed with her. At least until she gave birth to the first child. In total, there were three. From then on, she was only referred to as „mom“ by both her children and her husband. Which probably said a lot about their relationship, actually. But that had always been so, and that changed, because „God the Lord is before“. That was her official life, the one she showed outward. Mother, worker and wife, only the headscarf did she not carry to Vienna. It was not usual there. Secretly she had a passion, not as Lintschi or Mama, but as Karoline. It started when a friend with whom she completed the apprenticeship gave her a so-called penny novel. It was the moment when she came to love stories and the French as lovers. However, only secretly, because that would have been something again, where „the Lord God had to be before“.