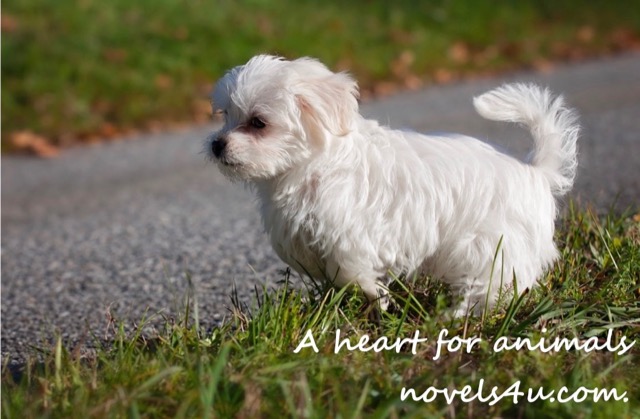 „I would do anything for the little one,“ she reassured me over and over again when we happened to meet for a walk and lay back a little. It sounded believable. She never tired of telling me his story of suffering. As a puppy already exposed, he ended up in the shelter. The people came, took him, and brought him back. It was not up to him, but to man. The life circumstances changed, within a short time, as one might have thought. They could not use the dog anymore. Finally, he seemed to have found a place, after many, many wrong paths, which he would not lose anymore. And his name was Socke, which I thought was odd. But importantly, he had found a home forever.

„I do not understand how to let such an animal down,“ she told me another time, „He trusts me 100%, how could I disappoint him there.“ Yes, how can I, I thought to myself me. Another time, she confided to me how well he did her, especially since the children were out of the house and her husband had chosen a younger girl. This loneliness would have weighed heavily on her. Socke would have been like a wink of fate. He would have saved her, so to speak, as she had him. And I thought, for me, how nice it was that there were still stories with happy ending.

A few days later I met her again and she asked me for the first time whether I could not consume Socke overnight as she had met a man who was probably staying overnight with her. But he did not like dogs. That’s why it would be nice if Socke stayed with me. I agreed because I did not find anything wrong. The dogs got on well and I begrudge her that she had fun. She thanked me profusely, handed me Socke and left. But instead of playing with each other as usual, the little one sat by the garden gate and waited, waiting for his owner to come back. It almost broke my heart, but it was only for one night. At some point I could not watch it anymore, so I just grabbed him and took him into the house. But here, too, he sat by the front door and waited. It was obvious that I would not be able to get him away from there. There was neither good persuasion nor treats. So, I just put a blanket on him and let him have his way. He did not leave his place until morning.
„She is coming soon,“ I assured him as I sat next to him and stroked him. He waited. Only then did I realize that we did not mind. I decided to wait a while. It was Saturday, after all, and she would probably just sleep. At noon I called her. But she was not reachable. Again, and again I tried, in vain. Finally, I could no longer watch the pain of the little one. That’s why I drove to her, but there was no one at home, only a letter stuck to the door. He was addressed to me.
„Thank you for taking Socke. Now it has turned out that the man has given me an ultimatum. Either he or the dog. Well, what should I do there? I chose him as you can understand for sure. After all, a human being counts more than one animal, and he’ll be fine with you. „

I read this letter over and over again. No, I could not understand it and I’ll never be able to understand how to familiarize yourself with an animal and then despise it most. And if I did not understand, how should I teach Socke? It took weeks to get used to it. Then she suddenly stood at the door again and wanted her dog back, because she no longer had the man. And she had missed the kid so much. No matter what I thought, he belonged to her. I had no choice because he belonged to her. But was it really the right one?