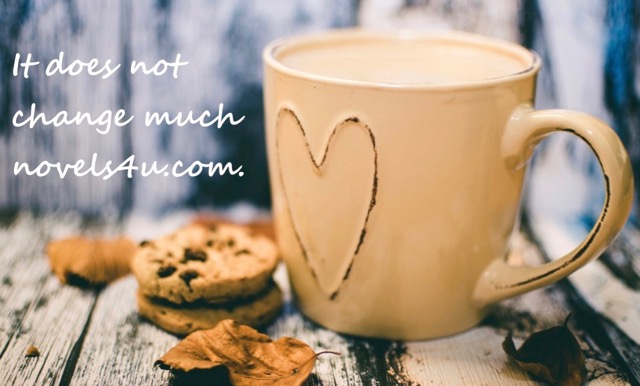 The morning looks like every morning. That getting up was not easy for me, it has always been that way, I got used to it and take it, like the drizzle that knocks on the windowpane. Almost tender, but it’s the time when I’m too busy with myself to notice anything. Quite banal stuff. Put your feet on the ground. Going in the bathroom. Switch on the coffee machine. On the way I forgot again what I really wanted. So, I’m standing in the kitchen and think about what this is supposed to be.

The device and the device, and the casket and the cascet. Slowly the memory comes back. I pull myself together. Every morning. Always a little more torn. Maybe that’s why it takes a bit longer each morning to get everything right. But somehow it seems to be very elaborate this morning. Just why? I have to concentrate. Best on the obvious. To press the button. The coffee maker begins its activity with relish. Even this brainless device knows what it has to do. I am the only one in the world lost in the middle of a kitchen. Things have nothing to do with me. They are there. I have nothing to do with the world. I’m there. Thrown. I automatically look down at my feet. They are still standing. A purposeful litter. Well, that did not work in the beginning. That happened then. Thrownness manifests itself in the lying position that is at the beginning of existence in this world. Damn, why is Heidegger mixing in my thoughts now. I really do not need it because the philosophy makes sense only when the rest works. First comes the eating, and then the moral. In my case, rather the coffee. Brecht is also annoying. Early in the morning.

Automatically I take two mugs from the box, because I remembered where I had stowed them. That’s what they were yesterday, too. Two mugs. What did I want with them? I look at them. One says: „Attention! A Not-Morning-Person at work“, and on the other: „Not treatable.“ True would be both. I decide for the second, and put it under the nozzle. Another press of the button. Then the coffee is running. The world does not change overnight. Mostly not. Everything is in its place. Even if you are in between hours in another world, sleeping, almost dead. I still feel like this. Nearly. Half asleep. A little half dead. How do I drink my coffee? I make sugar and soy milk. The spoon is ready when I remember just in time, that I drink it black, the coffee, without soy milk and without sugar. So, I put the coffee, which is intended for me, first aside and then the second mug turn.

That works better. I know better about you. You take a spoonful of sugar and a lot of soy milk. That’s easy. I notice that so well that it even occurs to me in the morning. I watch as the coffee runs into your cup. Damn, right now the water is running out. I take the mug away, rinse it, refill water and put it again underneath. For me, I would not have done that, I think and feel that even goes with the smile. For you I do a lot of things that I would not do for myself. Maybe you do not realize it. Usually I do not even realize it myself, but it’s true that I treat you more attentively than myself. Maybe it just makes me happier for you to be mindful. I’ll stay with you for the rest of my life. No matter how I treat myself.