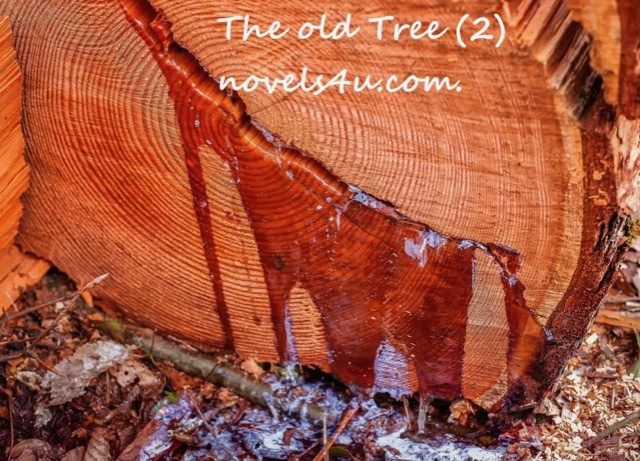 „Yes, my grandmother and my grandfather, and again it was a farewell – the next war, the next convocation. Shortly before they had married, against all resistance, because after all, they could have waited until after the war. If she really wanted to become a soldier’s widow, she had had to ask herself. But the young love has no sense of death. Maybe it was also about them to marry in this unhappy time, to set a sign that even in the midst of the greatest destruction a beginning is possible. And then it had actually come, the summoning order. As they said goodbye, under the linden tree, she was already carrying his child under her heart.

She was supposed to be alone for many years while he was in the field and captured. Many years in which she received no news from him. But every time the burden became too heavy, too oppressive, she took her daughter by the hand and took her with her, to this place under the lime tree, where she once had to bid farewell. Here she could tell her daughter about her father, and it happened on one of those hard days, when they once again sat under the linden tree, when a gaunt man in a battered suit approached them. Fear came over the little girl, but the mother did not seem to notice. She only had eyes for this man. And just as years ago, when they said goodbye at the tree, they found each other again in this place. Many years later, another young woman was sitting under this tree. She too was waiting for her sweetheart. No call-up warrants and no war disturbed her idyll. Her love remained undisturbed, but it was the great time of departure, in which everything seemed possible as long as woman worked only hard enough, and though there was no war, no destruction, that could separate them, so they were themselves who were able to stay away from each other. And so, it was not the mother, but the grandmother who took me by the hand and led me to that enchanting place. It was she who told me all the stories, all those events that shared the old lime tree, like a knot with all the threads tied together, my grandmother, who kept me most of the time. So, I experienced the blossoming, the summer splendor, the slow withering and the hibernation of the lime tree, for many, many years. And one day I met with my love here, under the lime tree. For as long as I can remember, it gave me comfort and confidence, cheerfulness and joy, and now that my daughter was ready to continue, now they have murdered it, carelessly murdered for the mean trade,“ she said, and I understood her grief.
„But maybe it was also a sign to find a new place for your daughter, a sign that you should learn to let go. Your story is not hers, just as your life is not hers,“ I tried to explain, her gaze lost again in the branches of the willow.