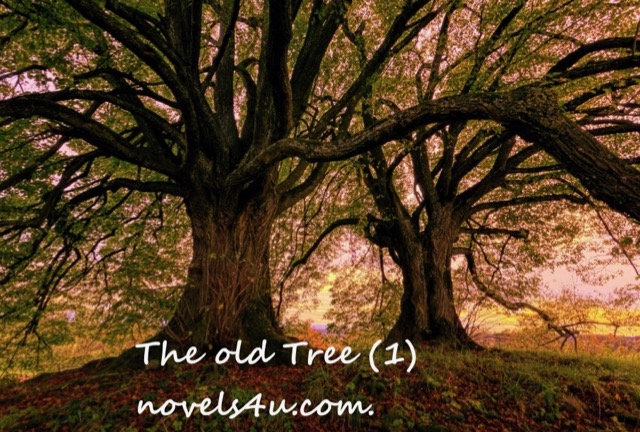 I found her, under the willow that night. Dreamy and melancholy, she looked up at the branches.

„They killed him because he was in the way. So indefinitely, he was allowed to grow undisturbed until they thought that commercial interests had priorities over life that commerce should serve. In fact, it is the other way around. They murdered him there, just slaughtered him. Decades of growth, slaughtered in minutes,“ she said, and I was not sure if she really spoke to me. Rather, it seemed that she was telling it because someone happened to be listening.
„Who did they murder?“ I asked accordingly. Now, finally, she turned her eyes away from the branches and to me.

„The linden tree,“ she answered curtly.
„I do not want to look heartless, but thousands of trees are slaughtered every day. Why does the death of this tree affect you so much?” I asked.
„Because my daughter will never be able to sit under it,“ she replied cryptically.
„Then she will probably be able to sit under another tree,“ I replied completely unaware.
„At the edge of the forest and at the same time on the edge of our village, stood that old linden tree. It happened in 1914 when a young man and a young woman met here at dusk. In fact, the young woman could only allow this because they had to say goodbye to each other. He had received the call-up order. They were of the opinion that this war could not last long, meaning that they would meet again very soon, so that they promised each other there under the old lime tree. And it was just that promise that gave them the strength to survive those difficult years, he at the front and she at home. Every day she passed this tree, and there he was for her until he came back, four years later. They got married and had four children together, and no matter what, the tree was there for comfort, encouragement. This couple were my great-grandmother and my great-grandfather. And every time the day on which they made that promise came, they met under that tree. They never tired of telling their story. The long, hard years of the war had long since been forgotten, but that one evening, yes, that one hour had burned itself indelibly into her memory. Never again were they separated for a long time, as if they had already given their share of the war years, but they were wrong. In 1940, my great-grandfather again received a summoning order and, just as at the first, the couple took leave of each other under that linden tree. Only four years later, in 1944, a young man and a young woman sat under this linden tree, „she said.
„Your grandmother and your grandfather, I suppose,“ I interrupted.