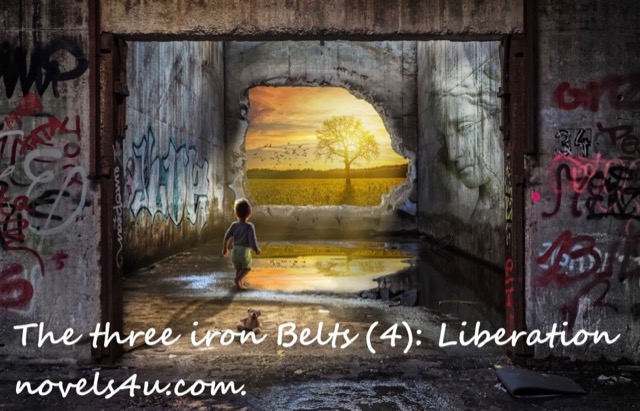 And it was that was a day that had never been before, and never would be again. A long day filled with things to do was in front of me, and while I was working to make that list up, I wondered what was really necessary of those things, what I wanted to do about it, and what I just let myself be burdened with by others because you did it that way.

And I put out of hand what I was doing. „That’s not my job, and I do not want to impose it on me anymore,“ I thought suddenly, realizing that it was conceivable, realizing that for many, many years, I had not even admitted the thought. I let myself be told what I had to do, what tasks I had to do, and I accepted it, thinking it was my responsibility to walk the path that was shown to me, but now I knew, all of a sudden, that there was a way that was mine, all alone of mine that I had to go. Maybe I knew it for a long time, but I did not dare because I did not want to shirk responsibility, but what about the responsibility to myself and my life? What about the responsibility of others to let me live my life? Everything is a give and a take. And so far, I’ve only given it, even to myself, because I let it happen, and because the more you fulfill it, the more the demands become.

And it was the day I blew the first iron belt around my heart, and I felt it was still beating, for the first time, and the pain was back. For a long time, I felt something again, and when it was the pain, but also the liberation and the feeling to catch my breath, to tear down the first walls, behind which the light and the warmth and life were hidden, for the first time again happiness and joy and freedom. Or actually for the first time. And it seized me a surge of satisfaction. Of course, there was also uncertainty, because I went on unsecured terrain, on a path that was fused and inaccessible. I knew I would stumble, tearing my skin at thorns and stones, overlooking and falling, but now, now I had the strength to grow, to get up and go further, had the strength to seak and find my own way, to be the power to live, to live the power, to live, to breathe, to feel alive. Only lifelessness really protects from wounds and pain, but I had not given my life to vegetate, but to live it, to fill it with color, light and joy.

Maybe you do not understand it. Maybe you are upset that now you have to do the things you actually wanted to do yourself again, because I will not let them pass on to me, but do not worry, you get used to it, and I know, eventually you will to understand me, too, that I was no longer willing to imprison my heart behind iron belts. And the day on which the first iron belt fell was the day of liberation.