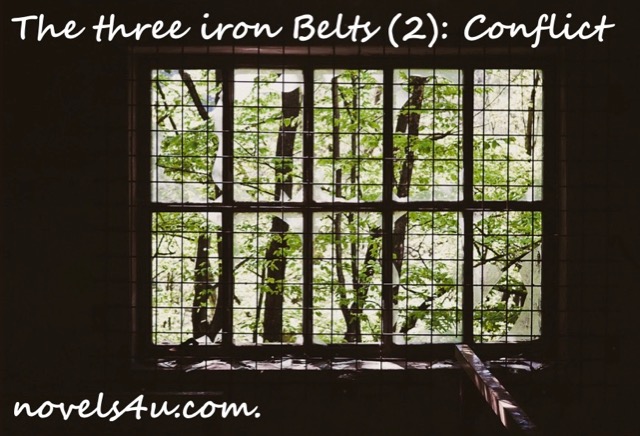 After all, it is the togetherness that gives us stability, that gives structure to our lives and shapes the coexistence in which we feel protected and held. So many people around me. Some further, some nearer, yet over and over again the word that holds me. „Remember that you can not dothat because you are offended,“ I was told, and I let myself be persuaded. It was not the question of whether it was important to me, whether it was good for me, no, somebody else was not right and not good. Of course, you have to balance your interests, but when the togetherness becomes a conflict with each other, and counseling, when I am involved with proclamations and objections, when I feel buried in the very things that I should do, which I consider or leave aside, when people think, and not necessarily those who are close by, that they know how to live my life so that it will fit, so that everything is in order and right, if they keep telling me to have to. But they always have such good arguments.

Whisperings, purposeful influences, always doing it to suit somebody. Self-proclaimed life experts, professionals in dealing with it, and I let myself be told. Quieter and quieter was the voice in me, which might still protest. Too overwhelming, the voices seemed to be around me, and when I showed myself stubborn, they thought they would have to get louder, until the voice in me was finally unheard. And what was meant as a togetherness became a conflict. I wanted to believe it and I wanted to confide in myself and I did not want to believe that something did not come true just because you yelled it just because you repeated it over and over again.

„They exist, the great love, and you have to find them,“ a woman told me, who had closed several husbands, endlessly lounging about and whispering to everyone who once winked at her and had nothing else in mind. And I did not look more closely, trusting her words, words that would have stood well with a fifteen-year-old girl, but not a woman over 50. If my interests should not shift a bit, I should have thought, but it was all sore and suppressed, so that I was dedicated to the pain and not the truth.

„I’ve done everything for the others, given everything and never taken anything and I’m so fed up, but that’s the way you have to do it,“ she had said further, and despite the stupidity of her words, I listened to it. Did not ask, trusted and seduced me, to the faith and to the second iron belt around my heart. And then everything will be fine, then my life will go the right way, I hoped, but all that was and all I could feel was the pain, until it stopped too and everything seemed numb and cold, dead under the belt. It had nothing to say, because everyone else knew better anyway, those with the life experience and the tremendous successes. Saying and not looking closer, that was the motto I followed, and made the iron belt a little tighter, for safety’s sake.