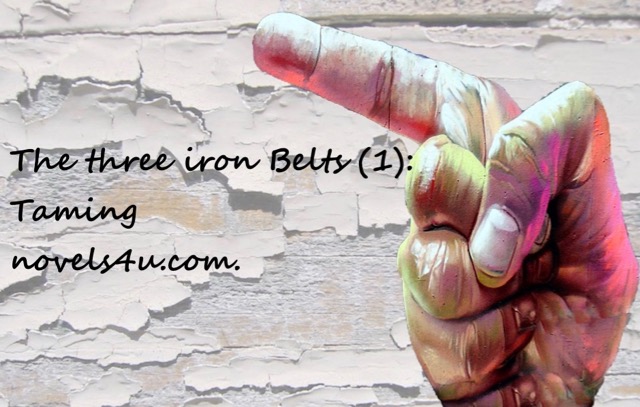 So many demands are placed on me. As long as I can remember, over and over again. Maybe I thought from time to time that maybe I did not want that, that I really wanted to go another way, but there were the people I loved, to whom I confided, and whom I believed when they told me they would know what’s good for me, they would know how life goes and I do not. They know me better than I do myself, and they had the best intentions. Safe and warm, I should be bedded, like a baby, so I do not bump into any edge and I get no bruises. They wanted to spare us pain and sorrow and rejection, wanted to wrap up in their love and care. And it is good to know that you are well protected. But it is not good to be able to move in the shelter, and my heart did not keep still.

It coveted the guardianship and the care, coveted, so that I either had to follow it or tame it, silence it, with an iron band that I laid to deny my own desires, to my own dreams tame to bury one’s own hopes. Because maybe they are right, all those who are in the midst of life, all those who already have so much more experience. And the uncertainty about my own abilities, my own talents, made me close the iron tie with a big lock, willing to keep it forever. Rest and well-trodden paths, the already familiar, the path that is leveled and has no unpleasant surprises. I wanted to go. It was paved and affixed, so he promised safety. I wanted to go, really wanted it. Of course, for my sake, too, because there is something to be sure about this security, but probably more to those who have gone to so much trouble to care for and love me. I understood and did not want to offend anyone. At some point, when the time of storm and urge in my life would be over, then my heart would finally settle down.

„It’s growing up,“ I was told, „that’s quite normal,“ but if I would be in real, real life, with all its demands and problems and worries, then yes, I would be glad that I would have chosen a path with safety and reliability, and had not embarked on any experiments that only lead to the aberration. At least no one can predict where it will lead. Of course, it could be the fulfillment, but how many believed it and eventually perished, perishing on the trials and tribulations of the undisputed path, the knees bloody and head broken because they absolutely wanted to go with it through the wall.

I let myself be told, and it scared me. There was no confidence and no belief that things could be different, that there was a possibility. It was not bad, it was often very good too. So much reassurance and so much familiar. Always the same way, from the cradle to the grave. A wonderful thing for who it is. It could be that easy. To know exactly what to do or to leave. Knowing exactly, always knowing everything in advance. This protects against wounds and pain. If you fit in and toe the line, then you cannot get lost either. Then people meet you with benevolence. It is reassuring to be in the midst of the crowd and to be able to think that if I fall over, if I fall over anyway, then I will be held. It’s reassuring to know how to take a picture in the showcase. From time to time it is dusted, and the iron belt was stuck, but my heart did not want to rest, at first not even then, when I was in the real, real life.