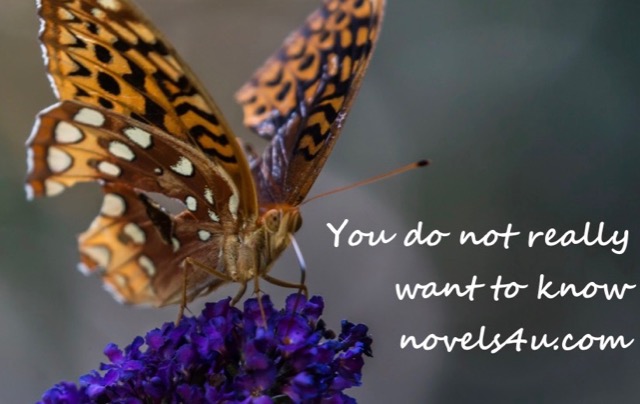 You asked me how I am, and I answered with a fleeting „good“. Sometimes I’m lucky that you only listen with half an ear, that you ask casually, out of habit, or because you just remember that now that we meet again and the silence is between us, just say something but it does not help us. It would have been better to leave the silence as such and not to pretend that we were talking to each other. Always the same, it always starts with this as I am, and I throw a good one, and then the question of how my day was. Should I say it once, Tuesday-like or Wednesday-like, depending on the day of the week, but there you would be guaranteed to be noisy. That’s exactly what I want to avoid, and that’s why I say „Eh well,“ and you usually do not listen because I always give the same answer. At the beginning, you asked further questions, inquired in more detail, but then nothing came of me. It just became a convention, but this time I cannot get away with my little light „good“, with my little slight smile. You seem to have listened and you do not believe me, because you keep asking, asking if I am really well.

„So you really want to know quite frankly and honestly how I am doing?“, I should ask to make sure that you are serious about your concern to know what it’s like for me to know what’s inside me emotional. I could tell you about all the big and small injuries that were inflicted on me. I could tell you that I am an eagle whose wings have been broken. I could tell you that my life is crappy, just now, so between yesterday and tomorrow, every time a damn today, of which I still do not know what it actually makes sense. Life, and everything so oppressive, restrained.

„You really want to hear what they did to me?“, I should ask, but I cannot bear to destroy your image of me, the image of the little bird who hides in the bushes well-protected and his song is trilling. The small intact bird has ventured out and a bird of prey has grabbed it, the plumage and the heart disheveled. And you would just say that’s exactly what you’ve always warned me about! I do not want you to say that. Yes, you warned me, and yes, it turned out badly and everything was exactly as you prophesied, but I never thought it would hurt so damn hard. One feels only the experienced, never the narrated pain. But I do not want to hear that, because I know it. You might say that you understand, but I do not want you to understand. I do not want anything anymore, just survive the day, this day between yesterday and tomorrow. Then nothing.

„You really want to know how I feel?“, I should follow, and I do not think that you are really aware of the consequences. The pain becomes visible and the scars on my body and on my soul, and you will not be able to see me wounded and ready to be wounded again, just to feel life, in the bleak emptiness between yesterday and tomorrow, just feel a bit, I do not want anymore.

„You really want to know what’s wrong with me?“, I should counter, but no, I do not want to tell you. So, I’m just saying good, and I hope you’re inattentive, but even if you’re attentive, and you think it does not convince you, my good, then I’ve got something set up, say it just sounds like that, because actually I’m just tired or have a headache or anything else. It’s distracting.

„I’m feeling sick!“, I should answer, but I do not, because you do not need to know. It belongs to me. Maybe it’s the only one, but at least I want to keep that. But in the end, I’m convinced that you do not really want to know it, actually you’re feeling a lot better when I say I’m fine.