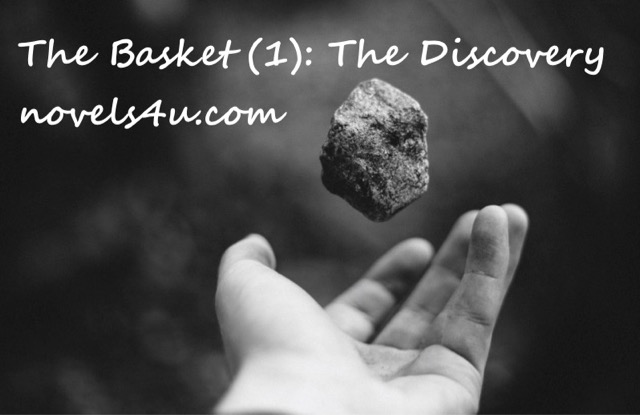 That night she came to me. I sat on a branch of weeping willow, dangling our legs, thinking about where to lay my pencil. Not that I only had this one. Not, but it should have been this right now. If you had already cleared it again? Did you even take him over to your other world? So, I could not put a single stroke, that night, without my pencil. So, I was caught in deep thought when she came. On her back she carried a heavy, woven basket with a lid closed. He had to be heavy because she walked slowly and bent, so slowly and bent, as if she would collapse under the weight at any moment. Finally, she had reached the pasture and was now under the branch on which I sat. She stood there wavering. Shortly she tried to sit up, but the basket pushed her down. She left it at this one try.

„Hello! Did you see my pencil?“, I asked her without any further introduction.
„Hello! No, I did not. I just arrived,“ she tried to justify herself, and yet it seemed to me that her basket would be a little heavier at the moment, as if he was going to push her down a little more.
„Pity. I absolutely needed him, this one, my pencil,“ I said with a shrug, still sitting on my branch, letting my legs dangle.
„We could search for him together,“ she offered hesitantly.
„That’s a good idea,“ I said, and finally jumped off my tree branch, so I came to stand beside her in the grass. I wanted to see her face in her eyes, but I had to bend down to it.
„That’s very, very nice of you,“ I said cheerfully, because now at least I did not have to search alone.
„Yes, I’m nice,“ she confirmed tonelessly.
„We start here in the grass,“ I determined. So, we searched together every inch of meadow. She had an unconditional advantage in that, as she pushed the basket down so she did not even have to lean forward. Only I had to bend down. But he was not lying there, the pencil.
„We could keep looking at the bank,“ I suggested, and we were searching in vain. But we kept searching, at the dock, in the ferryboat, on the way to the castle, but he did not show up. Disappointed, I dropped into the grass and moved my toes in the wind. She stood next to me with her heavy basket on her back and I saw that her eyes were still wandering around searching.
„Leave it. It will reappear,“ I said lightly, but she did not react, just kept on doing so much more.
„Why do not you finally put down your basket and join me?“ I finally asked her.
„What kind of basket?“ she replied, confused, but finally pausing with her search.
„Say, do you want to kid me?“ I replied sharply.
„No, certainly not,“ she said quietly, her voice as crouched as she was. It sounded convincing, yet incredible. So, I got up and took the basket from her back.
„Madness is hard!“, I exclaimed abruptly, as he almost tore me to the ground. She straightened up, and it seemed like it was the first time in a long time. Then she turned to the basket in amazement.
„That I had dragged him around the whole time and did not even realize it,“ she said, shaking her head, and her voice sounded freer.
„What’s in there?“ I asked curiously.
„No idea. How am I supposed to know what’s in there when I did not even know it existed,“ she replied.
„Then let us look in,“ I told her, and together we removed the lid.