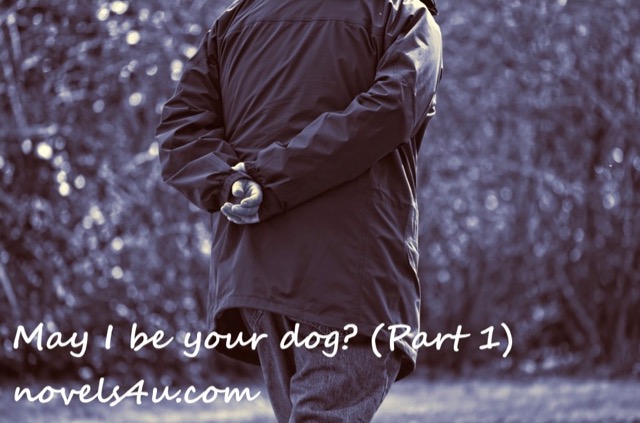 Max Mank was old. But only since his wife died did he feel it clearly. Until then, he had not really noticed. At first, the children were moved out and away. Gradually, the friends left, and finally his wife. It had been his last support, at least since his retirement ten years ago. Not that they had a particularly happy marriage. It was just marriage and it was just like everyone else, only when you have no job and the contact with the outside world was limited to the greetings of the postman or a few words with the seller in the bakery, then you were simply dependent on each other.

His wife had never worked because he had earned well all his life, good enough to raise three children, afford a small house in the city and be able to go on holiday at least twice a year. It had been his idea of life to be cared for and looked after, when he came home tired and exhausted after a busy day, then a dear mistress with food and nice words was waiting for him. He brought the money and took care of nothing else. She took care of the household, the children and all the little things. He did not want to have anything to do with it. That was all her own business, and now that he was alone, he had to realize every day that she had mastered it perfectly.

Every time he looked for something, he thought Maria had known. Every time he ran out of coffee or bread, he thought, Maria would never have done that. It had been a year since she died. At first, he was completely lost, he did not even know where the sugar was in the kitchen or how to use the oven. It was as if he had moved into a completely foreign house that was far too big for him alone. Gradually, he managed to do at least the need to survive himself, but no, Maria would have done better. Why had she just had to leave him alone? Why had not he been allowed to go before her?

A year had passed, and he still had not got his life under control. Would he ever really get it under control? Everything seemed so laboriously to him, as if he had to begin to live completely new, to learn completely new. It was mostly only small things, such as turning on the dishwasher or the washing machine. At first, he had put his laundry in the basket, as he had been used to for decades. Was he expecting the basket to empty as if by magic and then land the clean-washed and ironed laundry in the box? Hardly, but he was so used to it. At some point, his laundry was at an end. At some point the laundry basket overflowed. Then he had to deal with the washing machine, for better or worse. How had his wife done it? How could she cope with it?

For the first time in his life he thought about it at all, because so far everything had gone by itself. It had just been too obvious. Gradually, he learned it, but like his wife, he never did. The first few weeks he had just been busy getting his life started. Again, and again his daughter promised to come to support him, but she never came. He understood. After all, she now had her own life, in which she was indispensable, which she completely claimed. If he had bought a friend, at a time when he had still had contact with the outside world. It was too late now. His world was the cottage and the little garden.

Max Mank remembered the day they moved into this house several decades ago. Of course, it was only half finished. Naked light bulbs hung from the ceiling, there were no curtains in front of the windows, but at least, you could live in it. Little by little his wife set it up. With every piece she added to the house, she added a bit of comfort and coziness. That too had been her job. Since she had left him so suddenly, there were no changes. He dared not leave or add anything. When he was sitting in the garden, he saw the flowers that Maria had planted, but they were now stunted. Just like her vegetable patch. One year, and nature recovers its property, overgrows everything, so that nothing remains of the cultural plant.